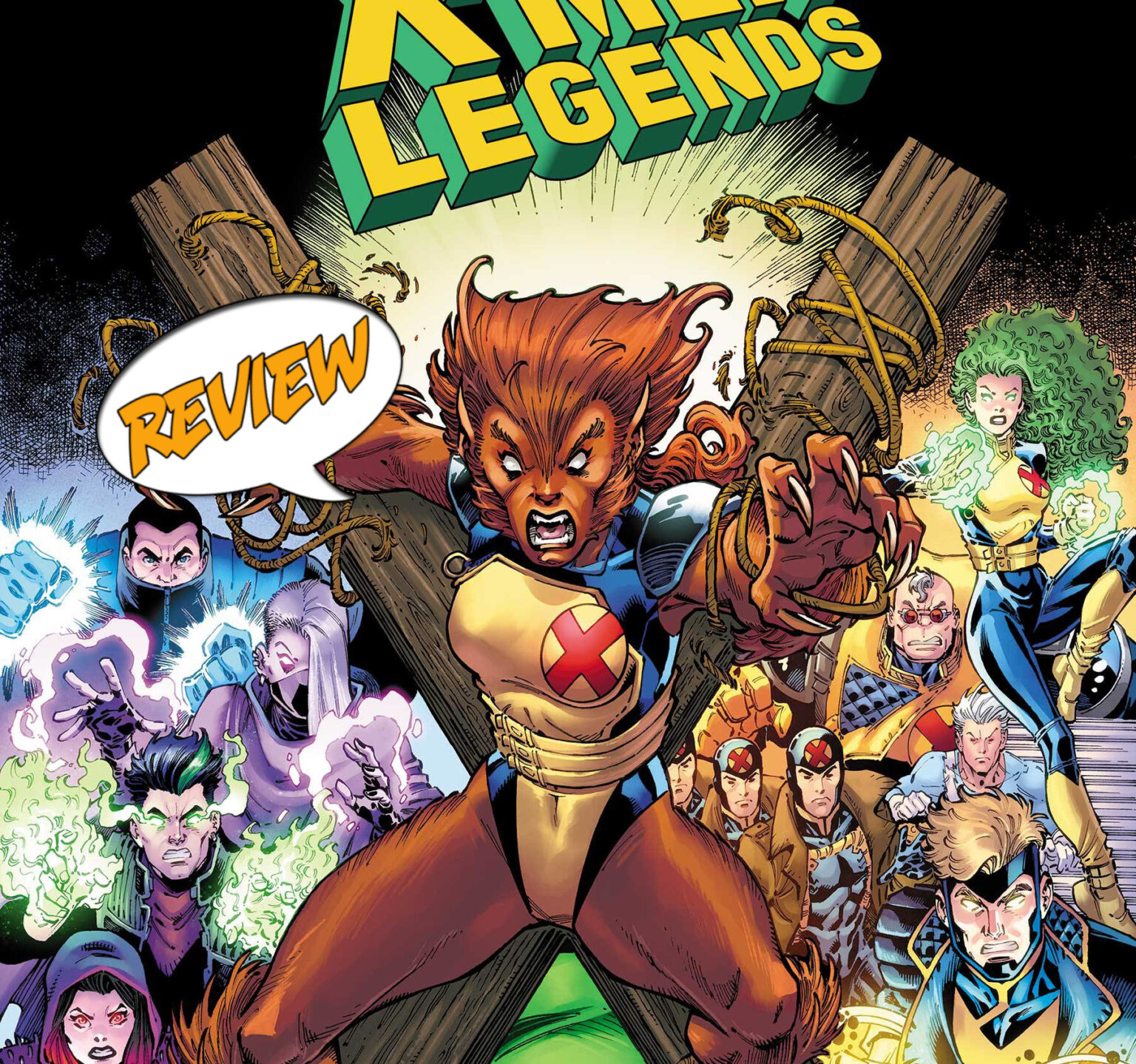 Peter David returns to his 1980s X-Factor run where the X-Factor are dealing with hostages at the Latverian Embassy in DC! Find out what happens in X-Men Legends #6 by Marvel Comics!

Previously in X-Men Legends: Mutants have taking over the Latverian embassy in DC and none of the other superhero teams want to handle this situation. Therefore, the X-Factor is called in. However, during the first contact with this hostage situation, the renegade mutants have taken Wolfsbane hostage!

Due to the actions of Multiple Man and Strong Guy, Wolfsbane has been taken as a hostage. X-Men Legends #6 picks up with Wolfsbane being tied on a wooden X on top of the embassy. Havok opt to try a diplomatic solution by talking to the terrorists. When law enforcement tries to shoot one of the mutants, Havok melts a police car. This aggressive action from Havok convinces the mutants to let Havok in. Havok asks them who they are but really is just there to provide a distraction for Polaris to save Wolfsbane. While Polaris was fighting the mutant on the roof, Wolfsbane frees herself and goes to Havok’s side to fight off her captors.

As the renegade mutants leave, they plan to blow the building down but run into the real Doctor Doom. Quicksilver ran across New York looking for Doom and found him in a hotel. Doctor Doom then comedically climbed on Quicksilver’s back as Quicksilver ran to the embassy. With Doctor Doom on the scene, the mutants did not stand a chance. However, Havok decided to prevent Doom from killing them and they barely escaped. As the X-Factor finishes presenting their case in court, Doctor Doom finds the mutants in the hospital and finishes them.

ARE WE THE HEROES?

X-Men Legends #6 presents us a question about who is morally right. The mutants were fighting for democracy, so they made this huge scene. It wasn’t until they decided to blow up the building, killing many people, did they show their evil tendencies. But that doesn’t mean they were wrong for fighting for their freedom. The book thus makes us feel unsatisfied that the X-Factor ultimately opposed them, and they were stuck in Doctor Doom’s grasp.

Despite that, the framework of this story is really quite solid. Using a court case, we get to see the X-Factor explain their thought process throughout the issue. Watching this narrative added a new level of depth that provided great insights for the characters that created an engaging story. On top of that the art is well done and visually stunning. These two elements creating a solid miniseries that brings us back to a great X-Factor run.

While I was not a fan of how the comic ended, X-Men Legends #6 proves that Peter David had a great grasp of his X-Factor run. I think being a government backed mutant group provided an excellent backdrop for these characters that is unlike anything in the current X-Men universe. Therefore, X-Men Legends #6 is a solid 4 out of 5 from me. Great work here from the creative team.

X-Men Legends #6 uses the framework of a court case to provide us with interesting depth and complexity to the story.