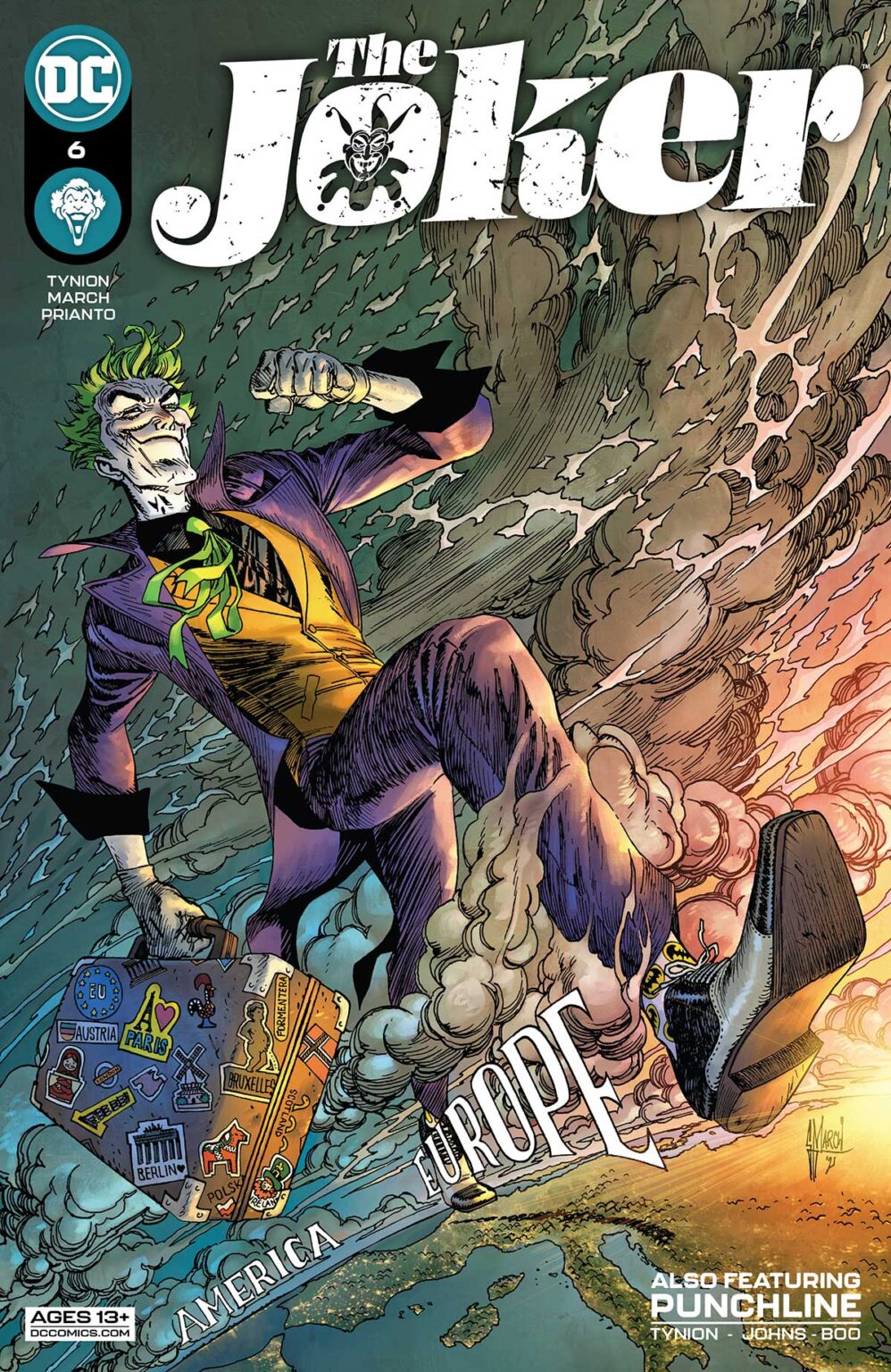 After barely surviving in the jungles of Belize, The Joker flees to Europe! Jim Gordon pursues the madman, but the seeds of doubt begin to sprout…if The Joker didn’t gas Arkham Asylum, who did? And what’s the next move for Vengeance, daughter of Bane?
Backup: Punchline’s takeover of Blackgate Penitentiary continues as her most insidious goal becomes clear: find a woman she used to call her friend in her college days and make her pay for her betrayal. On the outside, Harper Row tries to pull her brother, Cullen, back from the brink of Jokerized radicalization!