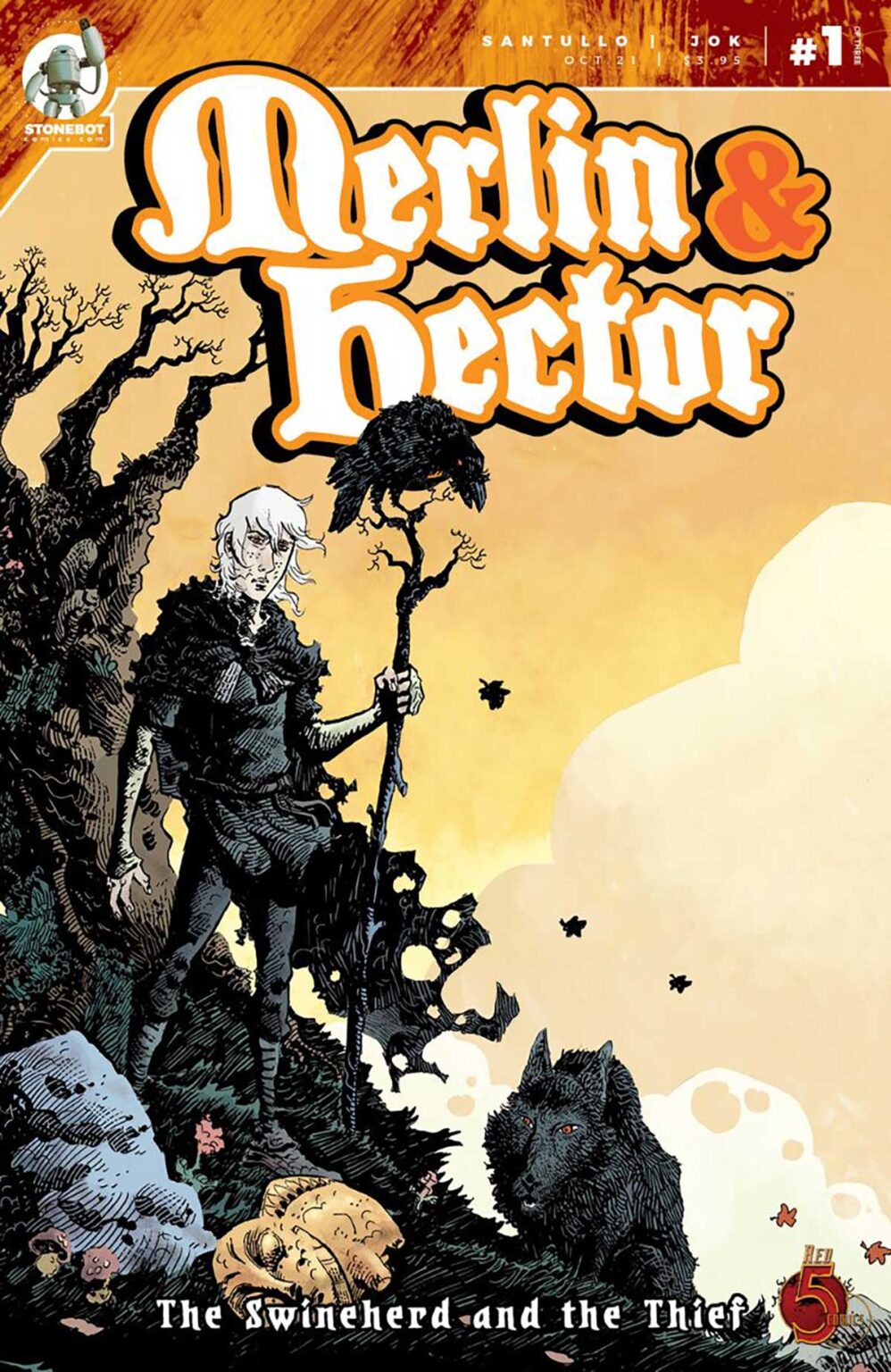 Before Arthur, before Camelot, before Excalibur there was… Merlin and Hector from Red 5 Comics.

Merlin and Hector is an all-ages fantasy comic from writer Rodolfo Santullo and artist JOK.

Bronze age England is under attack by magical invaders, shapeshifters who can be anywhere or anyone. With no king and no armies the only hope is a young swineherd who dreams of magic and monsters; a swineherd named MERLIN. Chased by villagers and monsters alike, Merlin’s only hope is a young thief named HECTOR. Can these two outcasts band together long enough to save the land or is a new dark age on its way? Merlin and Hector is a three-issue mini-series that kicks off in October 2021.