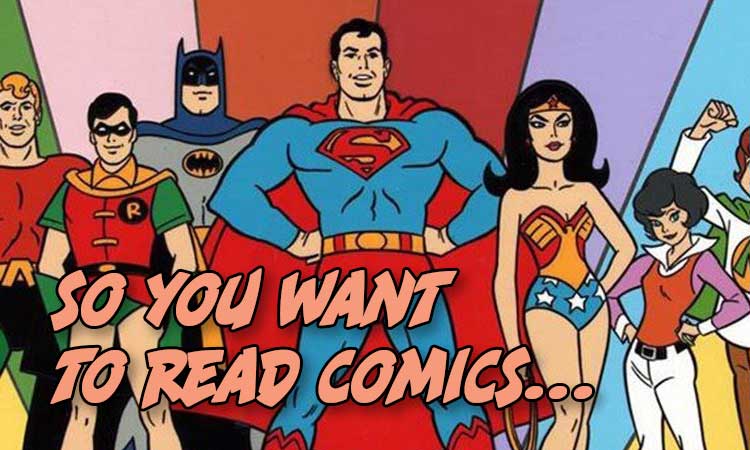 So You Want To Read Comics: Hanna-Barbera Edition

It might not be Saturday morning (or maybe it is) but it’s still time for “So You Want To Read Comics” our weekly feature where we take a look at a single topic, then offer a pair of comic book recommendations for new readers, based on that topic. This week we’re taking a look at Hanna-Barbera cartoons.

After initially meeting while working at MGM, William Hanna and Joseph Barbera went on to form their own animation studio in 1957. Being completely focused on making sitcom like cartoons for television, Hanna-Barbera soon had a stable of properties that rivaled those of Disney and Warner Bros. Creations like The Flintstones, The Jetsons, Yogi Bear, and Scooby-Doo, while being massive successes on television, also went on to be cultural touchstones and iconic in pop culture. After being purchased by Turner to create The Cartoon Network, Hanna-Barbera would then create a whole new generation of classic cartoons like Dexter’s Laboratory, Johnny Bravo, and The Powerpuff Girls. The studio would go on to create well over 100 different properties and that’s not even including the shows they produced for other companies like The Super Friends. After then being purchased by one time rival Warner Bros. Hanna-Barbera continues to produce cartoons based on their classic properties, keeping them as popular as ever.

So for those of you who are fans of these cartoons, both young and old, here are a couple of comics you might want to take a look at.

When Hanna-Barbera was purchased by Warner Bros. it brought both the animation studio and DC Comics under the same roof. This would lead to the comic book publisher coming out with a slew of comics featuring the classic Hanna-Barbera. These lineups included Hanna-Barbera Beyond, which were more mature takes on the classic characters (some are pretty decent), and the DC Meets Hanna-Barbera lineup. These team-ups saw DC superheroes like Green Lantern, Robin, The Flash, and The Suicide Squad, joining forces with the likes of Space Ghost, The Banana Splits, Speed Buggy, and Dyno-mutt. These stories, while seeming ridiculous on the surface, were often pretty fun little comic book adventures. Mixing up some of the silliness of those old cartoons with the classic comic book action turned out to be a good recipe. These one-shot books were eventually collected into two volumes that also featured some backup stories to fill them out.

Back in the early 70s, Hanna-Barbera was tapped to produce a Saturday morning cartoon featuring DC’s premiere superheroes. This cartoon would go on to be Super Friends, which ran for six seasons with 109 episodes. Many people’s perception of these characters, starts and stops with this show. It also had a long running tie-in comic book series. Just as campy and good natured as the cartoon it was based off of, this comic series often centered around Marvin White AKA Super Marv, Wendy Harris, and Wonder Dog, as they would interact with various heroes from The Justice League. There was no big overarching plot, or massive continuity to keep track of. These were one and done stories designed to bring the readers a few moments of fun and laughter, just like the show they were based on. This is a massive collection, clocking in at over 500 pages, so you’ll have plenty to read here.

What did you think of these recommendations? Do you have suggestions of your own? Let us know in the comment section below.