In the third episode of Marvel Studios’ episodic series Loki, the characters Loki (Tom Hiddleston) and Sylvie (Sophia Di Martino) find themselves on a doomed alien moon orbiting a planet on the verge of total collapse. The location sets the stage for a photorealistic look at celestial destruction, but it also tells the story of humanity’s future at a glance. Created by Oscar-winning VFX studio Digital Domain, It’s one of the most unique and visually stunning hours of TV ever seen.

“Creating the effects for ‘Lamentis’ was about more than just putting forward impressive effects, it allowed us to tell the story of the rise and fall of an entire civilization without needing a single word of dialogue,” said Jean-Luc Dinsdale, VFX supervisor for Digital Domain. “’Lamentis’ has so much going on, both apparent and in the background, that it might take fans multiple viewings to fully appreciate everything they are seeing.”

The Death of Lamentis (and Lamentis-1)

On the run from the mysterious Time Variance Authority (TVA), Loki and his uneasy ally Sylvie find themselves on Lamentis-1, a habitable satellite of the dead planet, Lamentis. With mere hours until the planet annihilation, the duo is forced to work together if they have a chance for escape.

To create the dying world of Lamentis-1, Digital Domain started by creating the massive, rocky planet it orbits, using Houdini. Once the foundation was in place, Digital Domain’s artists worked closely with Marvel Studios to test out multiple iterations of Lamentis, including a habitable planet with water and vegetation, and another with an exposed molten core. Ultimately, a barren landscape without an atmosphere was selected. Artists added the natural characteristics of a planet of that type, including impact craters and deep shadows, then they set about giving Lamentis character – and a backstory.

Set in the year 2077 after humanity has left the confines of Earth, Lamentis is meant as a cautionary tale. With the look of the surface established, artists began to alter the sphere, adding multiple bore holes and cracks to show the results of years of strip mining. A massive fissure nearly tearing the planet in half was then added to highlight its unstable nature. The digital creation and destruction of Lamentis and its moon Lamentis-1 was completed using a combination of Maya, ZBrush, Nuke and Houdini, with V-Ray and Redshift rendering the completed work.

Digital Domain also introduced a ring of debris trapped in orbit after Lamentis shattered, leaving a rocky halo around the planet, and setting the stage for a much bigger scene of destruction, beginning with a near constant barrage of meteors streaming toward the moon.

The moon of Lamentis-1 was envisioned as one of the most deadly places in all of space and time, which led the filmmakers to develop a mix of practical and digital effects to highlight the surface. Actors performed scenes on partial sets surrounded by blue screens. Digital Domain then took the live action footage and filled out the rest, adding everything from a color correction to emphasize the purple in the atmosphere, to the dead planet above. A near-constant stream of photorealistic CG meteors of varying shapes and sizes were also featured in every scene, with some leading to distant explosions added later, and others simply streaking by.

Almost immediately after arriving on Lamentis-1, Loki and Sylvie find themselves in the middle of a meteorite storm. To help add an air of authenticity to the storm, Digital Domain based the flaming meteors on real physics. The speed, smoke trail and impact magnitude were experimented with to find a realistic basis, before a touch of artistic license was employed to ensure the more visually spectacular result.

Along with the steady rain of fiery rocks, Digital Domain helped to populate the moon with signs of civilization, including a dilapidated town and mining equipment. Each piece of background started with individual assets created and sculpted digitally, then textures and individual details were added to give the items a look of wear and tear, and help make the alien landscape more familiar.

Eventually, thanks to a bit of luck and magic, Loki and Sylvie find themselves in the relative luxury of a train dining car. The ornate set features a circular layout centered on a round bar, with two diamond-shaped windows and a glass ceiling. Although the audience only sees a small portion of the world through the train’s windows, Digital Domain created a complete and consistent virtual landscape to show glimpses of the ravaged world as the train speeds by.

The Last Minutes of Shuroo

After an unexpectedly early departure from the train and a walk through an alien landscape under a magenta sunset, Loki and Sylvie reach the city of Shuroo. The futuristic frontier city was created with a mixture of techniques, physical sets making part of the ground floor, and anything over 12-feet added later by Digital Domain.

The city of Shuroo was created as a wild and colorful contrast to the otherwise arid world of Lamentis-1. Color plays a major role, with physical lights of various colors – including neon signs, electric signs and powered windows – joined by a multi-story cityscape illuminated by dozens of lights and reflections, all designed and added by hand. Several layers of details were then added to give the city a realistic, lived-in feel, including wires, steam cracks and a layer of grime lightly covering the entire city. But despite the visual appeal of the city, the focus for both the audience and the characters is the Arc, a massive spaceship created digitally.

To build the Arc, Digital Domain created the assets necessary and constructed the ship based on initial concept art. Once the base was complete, artists added dozens of layers of detail, adding dents to the hull, coats of paint at different layers of decay and multiple sources of lights. The ship is then covered in layers of swirling smoke emanating from different parts of the ship to suggest it is active and ready to launch. Then the sky literally begins to fall. 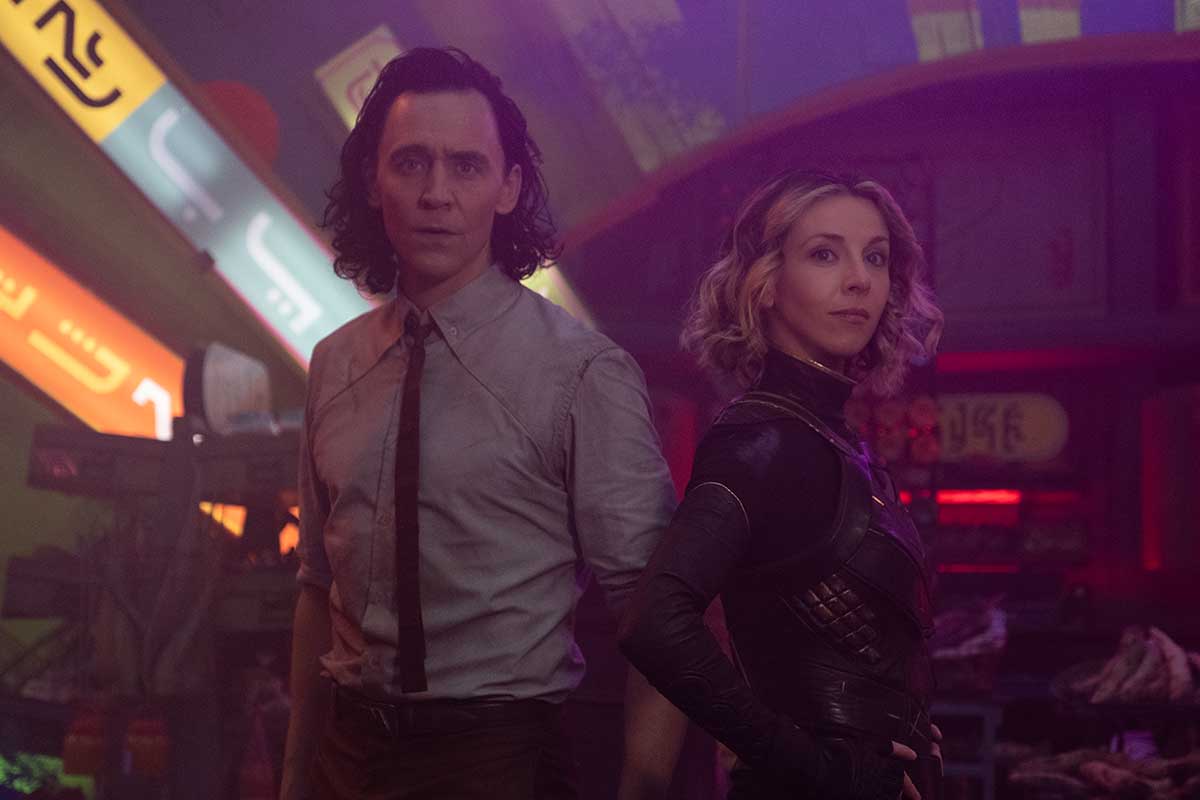 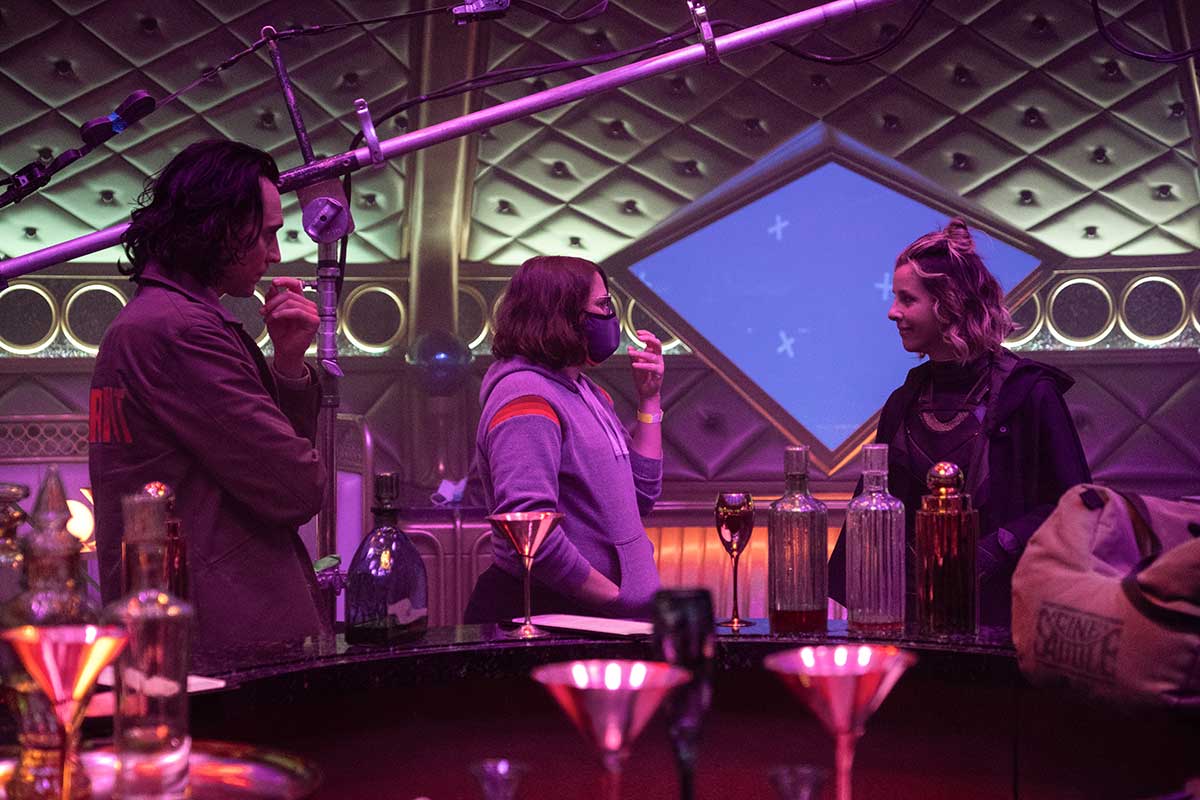 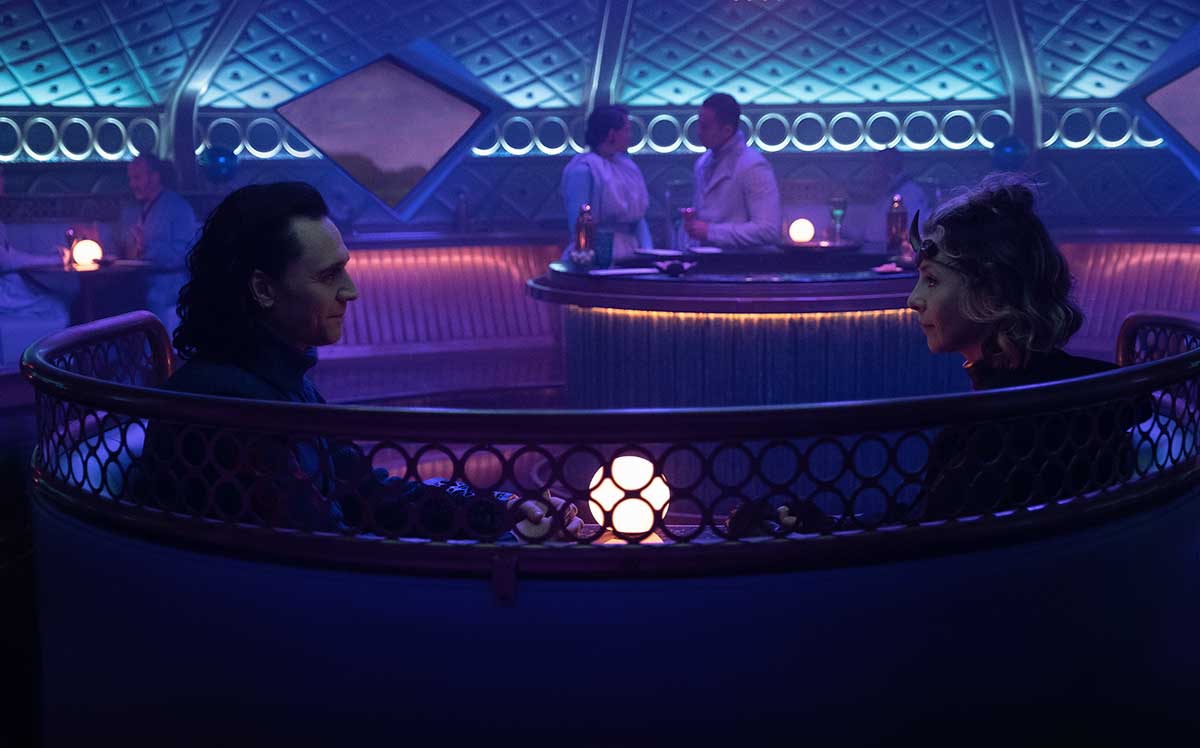 To create the desperate last minutes of Shuroo, Digital Domain began by animating the complete implosion of the planet above. Created procedurally, artists oversaw Lamentis shattering into thousands of pieces of rock, with massive sections of the planet jettisoned away, while dozens more are pulverized under its gravity. Hundreds of meteors are sent hurtling toward the planet, kicking off a massive sequence of events involving physical and digital effects.

The filmmakers began by coordinating the path of the meteorites with Digital Domain, creating a blueprint for the destruction of Shuroo. Dozens of actors then react to practical effects, starting with live explosions meant to simulate ground strikes while real materials were physically thrown on set to highlight the wreckage. Digital Domain then stepped up the destruction by adding flaming orbs tearing through skyscrapers, entire buildings falling to the ground, smoke and thousands of pieces of small debris. In total, each shot involving the destruction of the city featured over 60 layers of detail added by hand.

“When Marvel Studios presented us with its vision for ‘Lamentis,’ we knew right away that it would be unlike anything TV audiences had ever seen before,” said John Fragomeni, global VFX president at Digital Domain. “Our artists were able to create feature-level effects on an episodic timeframe, and create a world that was itself a vital part of the story. With ‘Lamentis,’ I think we showed TV audiences something totally unique.”

In total, Digital Domain completed roughly 500 shots for the series, with around 300 appearing in the final version of the episode. Work initially completed for “Lamentis” also appeared in the early minutes of the fourth episode, “The Nexus Event,” as part of the resolution that saw Loki and Sylvie rescued from Lamentis-1.

Digital Domain’s work on Loki marks the latest in a series of collaborations with Marvel Studios that goes back more than a decade, and includes both film and episodic projects. The award-winning VFX studio recently completed work on Black Widow and WandaVision (earning an Emmy nod along with Marvel Studios for visual effects), and is currently working on Shang-Chi and the Legend of the Ten Rings, Spider-Man: No Way Home, Doctor Strange in the Multiverse of Madness and more.

Season one of Loki is currently available to stream on Disney+.

About Digital Domain
Digital Domain creates genre-defining experiences that entertain, inform and inspire. Throughout the last quarter of a century, the studio has established itself as a leader in the film visual effects industry, expanding to encompass episodics, commercials and game cinematics, while also embracing previsualization and virtual production. Digital Domain has also become a pioneer in digital humans and virtual reality, adding to a rich legacy that consists of hundreds of blockbuster feature films for every major studio, thousands of commercials, music videos, game cinematics and digital content by world-renowned directors and brands.