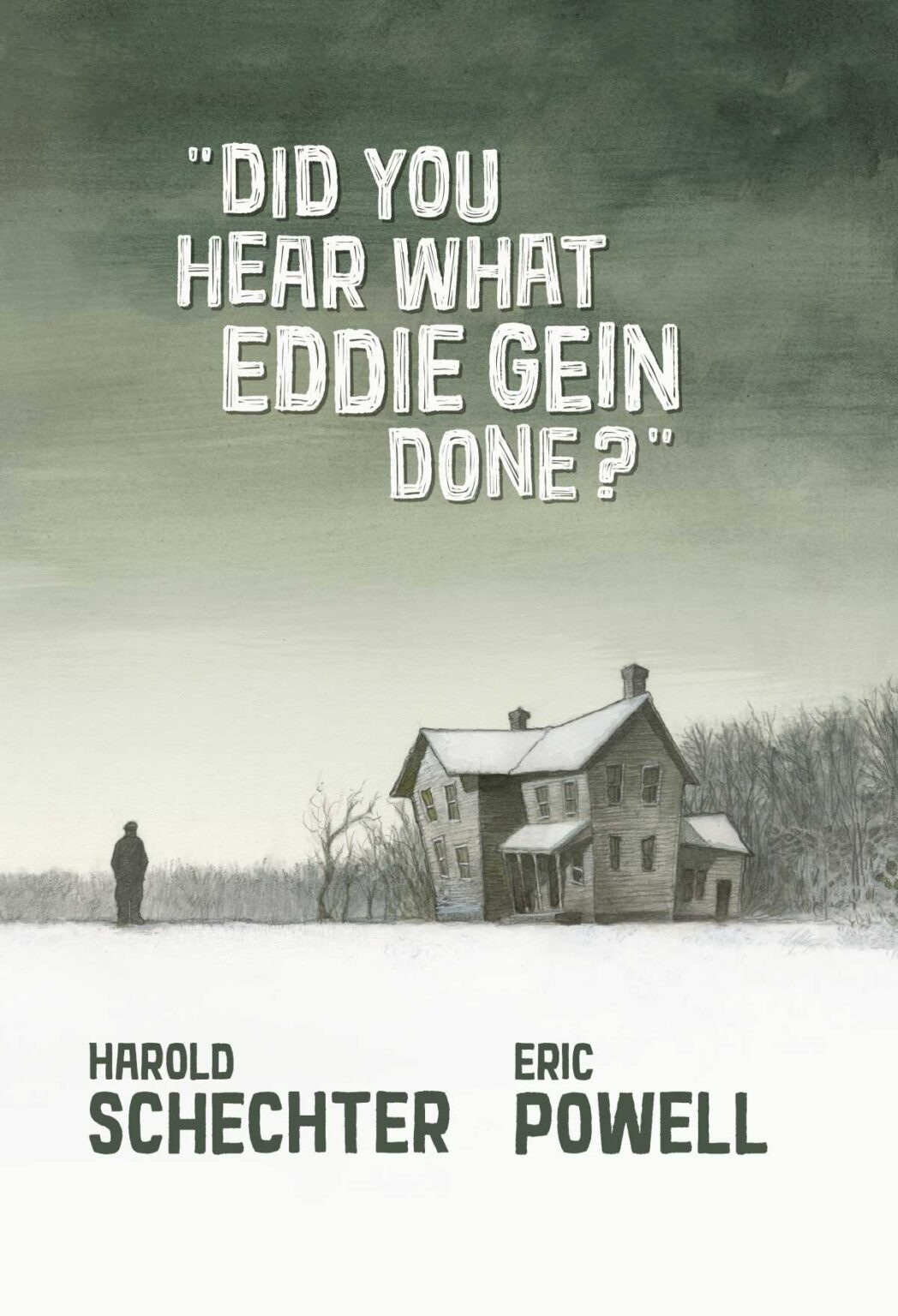 Eric Powell—the legendary creator of comics like The Goon and Hillbilly—and Harold Schechter—the author of true crime classics including Deviant and The Serial Killer Files—are collaborating on an ambitious new graphic novel about one of the most notoriously deranged murderers in American history, Ed Gein.

Powell and Schechter are co-writing DID YOU HEAR WHAT EDDIE GEIN DONE?, an all new, 200-page, original graphic novel illustrated by Powell that delves into the twisted history of the Gein family and the notorious violence that inspired Psycho, The Texas Chainsaw Massacre, and The Silence of the Lambs. Painstakingly researched and illustrated, Schechter and Powell’s true-crime graphic novel presents Gein’s infamous story like never before.

“This book takes Gein’s gruesome crimes out of the realms of exploitation and delivers a powerful, fact-based dramatization of the tragic, psychotic, and heartbreaking events,” said Powell. “Because, in this case, the truth needs no embellishment to be horrifying.”

“Obviously Ed Gein’s story has been fictionalized many times in the movies,” said Schechter. “In no visual medium, however, have the bizarre inner workings of his mind been explored and portrayed. The graphic novel is the perfect medium to conduct such an exploration. DID YOU HEAR WHAT EDDIE GEIN DONE? will not only bring the factual details of Gein’s crimes to vivid, compelling life but draw the reader into the phantasmagoric realm of his uniquely deranged psyche.”

“The case of Ed Gein is terrible, tragic and fascinating,” said Powell. “This story is not just about Gein and his crimes, but also how a society tried to deal with the shocking facts of these crimes and the idea that the quiet neighbor next door could be a real life bogeyman. The after effect it had on our culture, especially pop-culture, cannot be overstated.”

Harold Schechter is an American true-crime writer who specializes in serial killers. Twice nominated for the Edgar Award, he is the author of the nonfiction books Fatal, Fiend, Bestial, Deviant, Deranged, Depraved, The Serial Killer Files, The Mad Sculptor, and Man-Eater; the Amazon Charts and Washington Post bestseller Hell’s Princess: The Mystery of Belle Gunness, Butcher of Men; the Amazon Original Stories collection Bloodlands; and Ripped from the Headlines. Schechter received his PhD in American literature from the State University of New York in Buffalo. A professor emeritus at Queens College, he is married to the poet Kimiko Hahn. For more information, visit www.haroldschechter.com.

About Albatross Exploding Funnybooks: Launched in 2002, Albatross Exploding Funnybooks has always been a labor of love for award-winning, Nashville-based cartoonist Eric Powell. The label began as a means to publish Powell’s creator-owned series THE GOON, which mainstream publishers had deemed “too different.” Although THE GOON later found a home and wider audience with Dark Horse Comics, Powell continued to publish, celebrate, and cultivate creator-owned titles through Albatross Exploding Funnybooks, including his all-ages comic CHIMICHANGA and Rebecca Sugar’s PUG DAVIS. In 2016 Powell shifted sole focus to his publishing company and has since published such titles as HILLBILLY, GRUMBLE, BRENDON SMALL’S GALAKTIKON, MEGAGHOST and TANK GIRL.