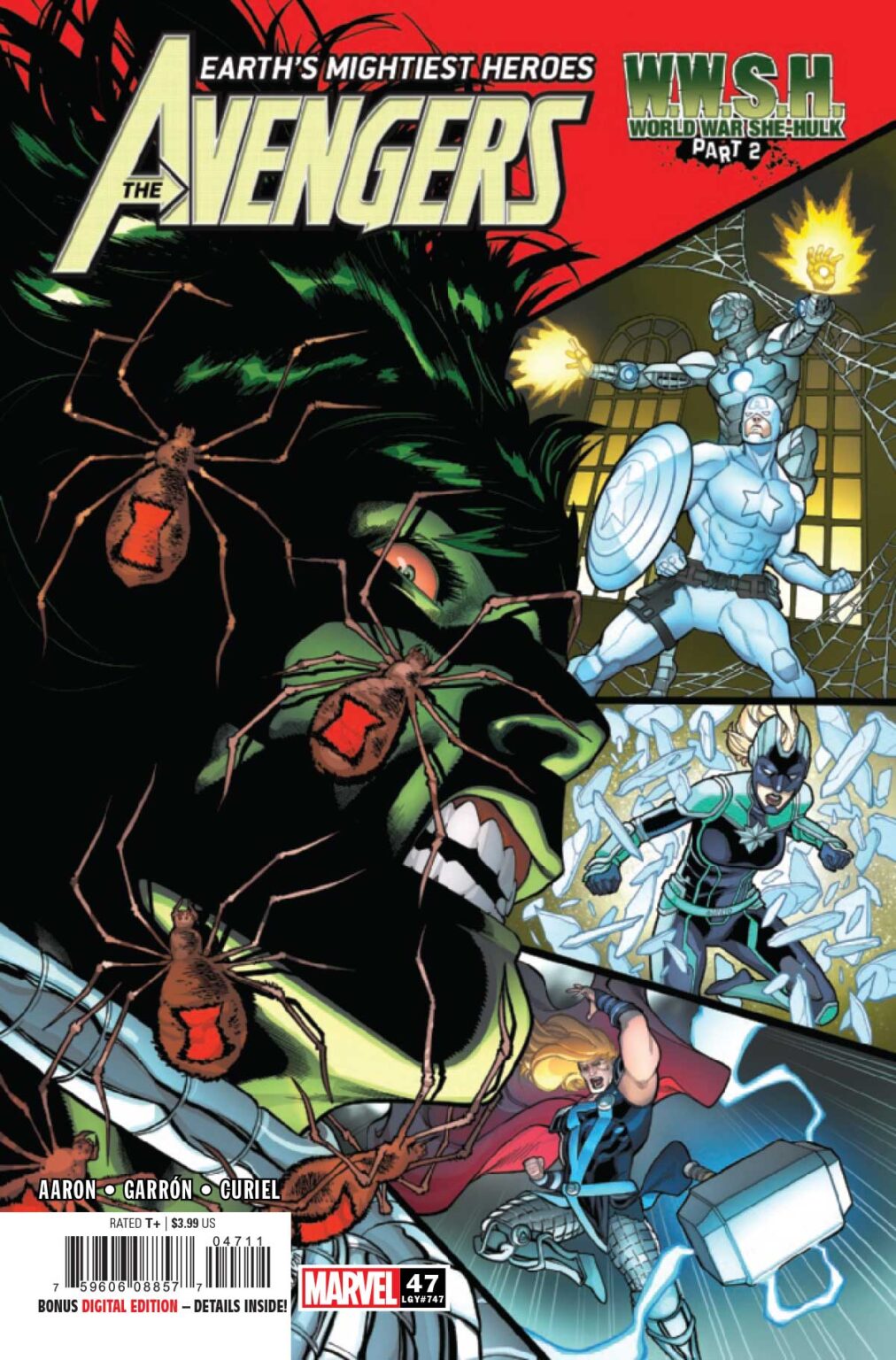 AVENGERS #47
JASON AARON (W) • JAVIER GARRÓN (A/C)
Asian American and Pacific Islander Heritage VARIANT COVER BY InHyuk Lee
“WORLD WAR SHE-HULK” Rages On!
The Red Room is the secret furnace where some of the world’s greatest assassins and super-killers have been forged. And now She-Hulk is its newest recruit. As the Avengers race to rescue Jen Walters from the Russian Winter Guard, is it too late to save She-Hulk…from going red?
40 PGS./Rated T+ …$4.99