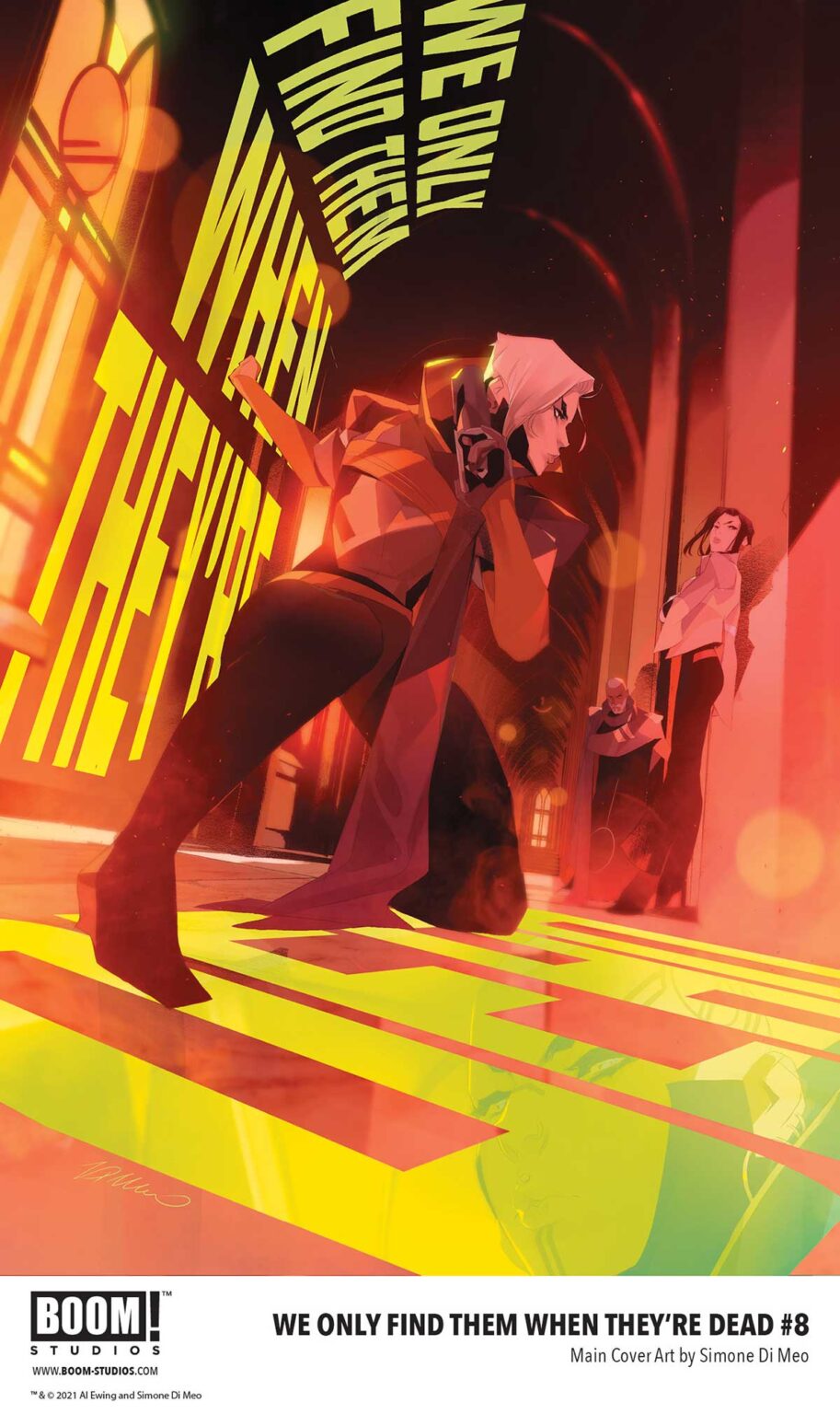 FIRST LOOK: We Only Find Them When They’re Dead #8

BOOM! Studios has released an early look at September’s We Only Find Them When They’re Dead #8 from Al Ewing and Simone Di Meo.

Tensions come to a head between the Harvesters and the Worshippers at Malik’s Flight as Marlyn Chen’s true plan is revealed. Meanwhile, Jason will find himself embroiled in a conspiracy and heist that makes Captain Malik’s original quest pale in comparison.