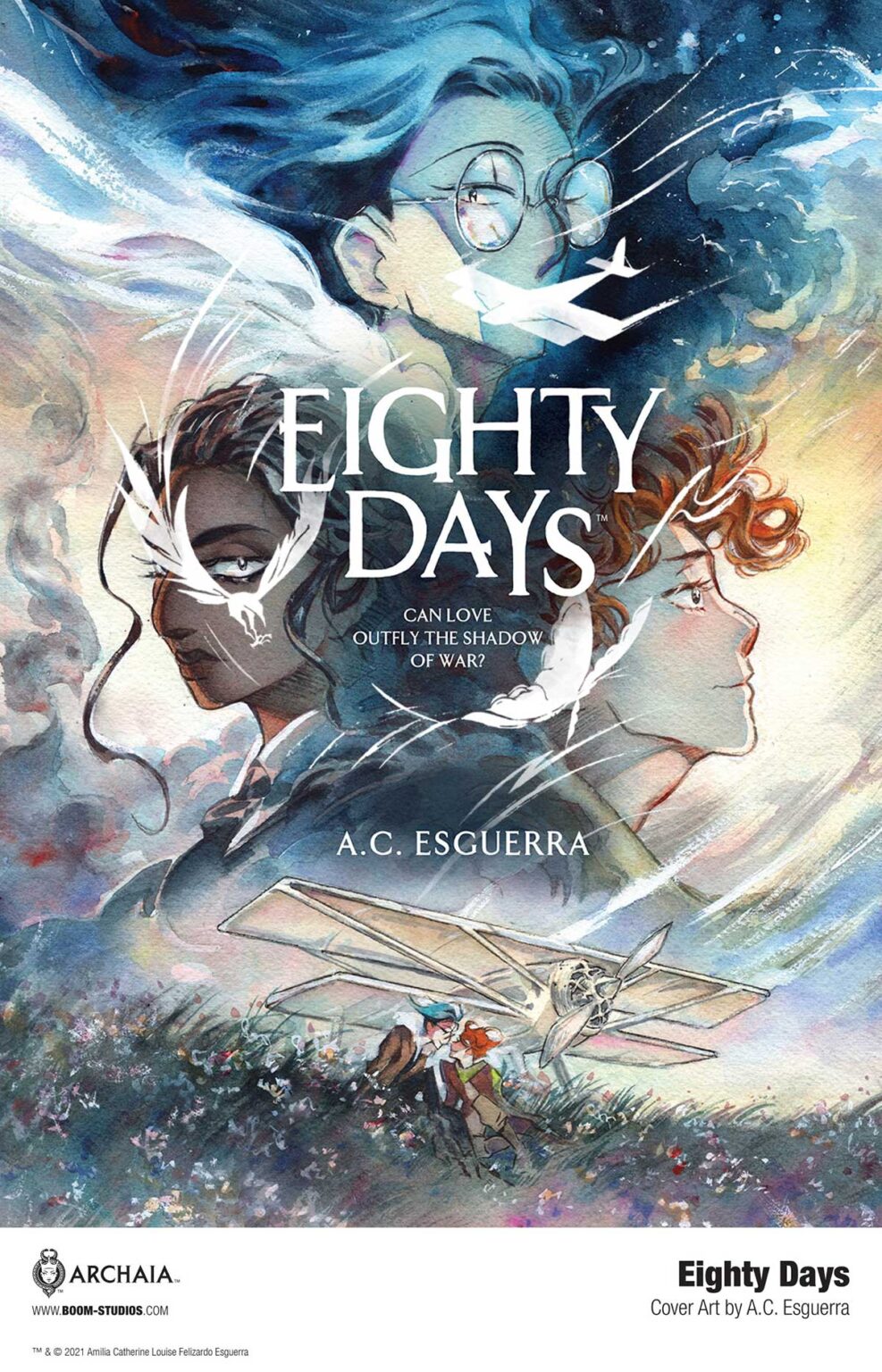 BOOM! Studios has released a new look at Eighty Days, a original graphic novel from A.C. Esguerra, about fighting the odds to find love under the shadow of war.

Eighty Days is scheduled to drop on September 1, 2021.