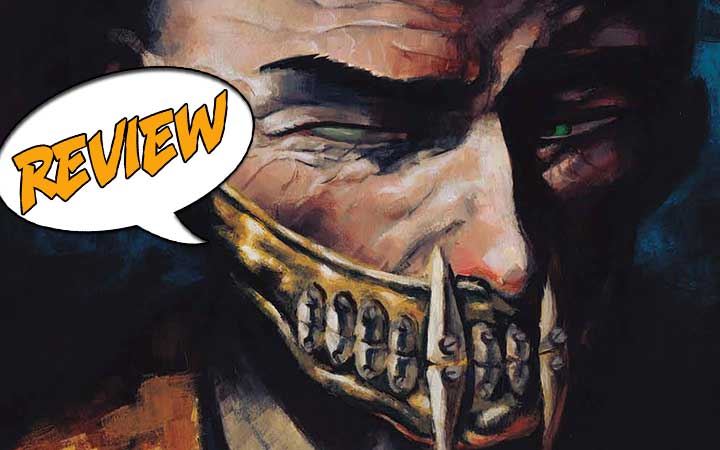 Something is Killing the Children #18 Review

It is time for Erica’s initiation! Will the last-minute advice from Aaron and explanations from Jessica be enough to help her get through it? Find out in Something is Killing the Children #18 from BOOM! Studios. SOMETHING IS KILLING THE CHILDREN #18

Previously in Something is Killing the Children: At the Order of St. George, Aaron tells her she was supposed to pass a test before coming there. Jessica takes the two of them to their sanctuary room and gives Erica the brief history of the Order, going back to people feeding their children to a dragon to appease it. She also tells her that at the initiation, they are going to try to make her very scared and then get her to tell the truth about monsters. She will have to be able to keep this secret from everyone else in the world. Aaron later talks with her. He is the only black mask kid here; Erica would be the second. He tells her that at the test, the monster will feed on her fear. If she doesn’t let herself get afraid, the monster won’t hurt her…much.

THE DAY OF THE TEST ARRIVES

Something is Killing the Children #18 opens quietly as Big Gary (we haven’t learned his name quite yet) wakes up. He lives in the countryside, in a huge, rambling house which is sparsely furnished. He has dogs. He has an assistant named Buck who wears a blue mask. He wonders whether it would be possible to import monkeys enough to establish a breeding population of them in the wild in the upper Midwest, which gives us an interesting picture of just who he might be as a person.

Jessica and Erica arrive. Big Gary introduces himself and offers Erica breakfast. He has a bunch of dogs, and Erica enjoys playing with them. He has a little bit of a farm here, but mostly the house is here to be on a large enough piece of land that no one can see what they do here, which is to train to fight monsters. Perceptively, Erica asks flat out if he keeps monsters here, which he does.

Then breakfast is over, and it is time for her to put on a plain black mask and go into the barn. At the last minute, Jessica explains the process where she has to give Octo to Big Gary. Erica walks alone into the darkened barn, except for Octo, who growls. Big Gary, now wearing a blue mask, sits at a candlelit table. He has her step into a circle and put Octo on an altar. Then he asks her if she remembers the monster inside, and particularly its eyes. She unquestionably remembers. Big Gary says that Octo protected her as a child, but now, as it holds a monster, it will determine whether she is worthy of protection.

A monster appears. Things get a little confusing. Erica collapses, her nose bleeding. Gary picks her up, lays her on the altar, and puts Octo on her chest. Then he walks out of the barn, smoking and pissed. Apparently the monster she had to face was much more powerful than the recruits usually face, and he is worried that he has sent her to an early death.

One of the things I truly enjoy about Something is Killing the Children #18 is that, as the story grows, it continues to surprise us. I did not expect the big test to take place in such a pastoral setting. The house is not just a farmhouse; it is the rural vacation home of someone wealthy, the kind of place that can host dozens of guests for a weekend away from the city. The dogs are black labs, friendly and goofy. None of this hints in the least about the monsters, and even Big Gary seems more open and friendly than anyone else we have met.

This sets up Erica’s ordeal beautifully. When she steps into the darkness, one of her widely open eyes is one of the last things caught by the sunlight. Gary is masked, and instantly he seems more formal and imposing. Her initiation is a little confusing in part because we have a flashback to Erica’s memory of the monster that attacked her family, and which is presumably the monster inside Octo. Gary strikes something that looks like an oversized tuning fork, and the monster comes out. It’s creative and creepy.

BOTTOM LINE: A GRIPPING BACK STORY

Something is Killing the Children #18 is a terrific chapter in one of the most fascinating origin stories I have ever read. The Order of St. George seems to be in some decline. Does Erica’s arrival mean it will have a new life?

Something is Killing the Children #18

It is a beautiful morning…for an ordeal against a monster.