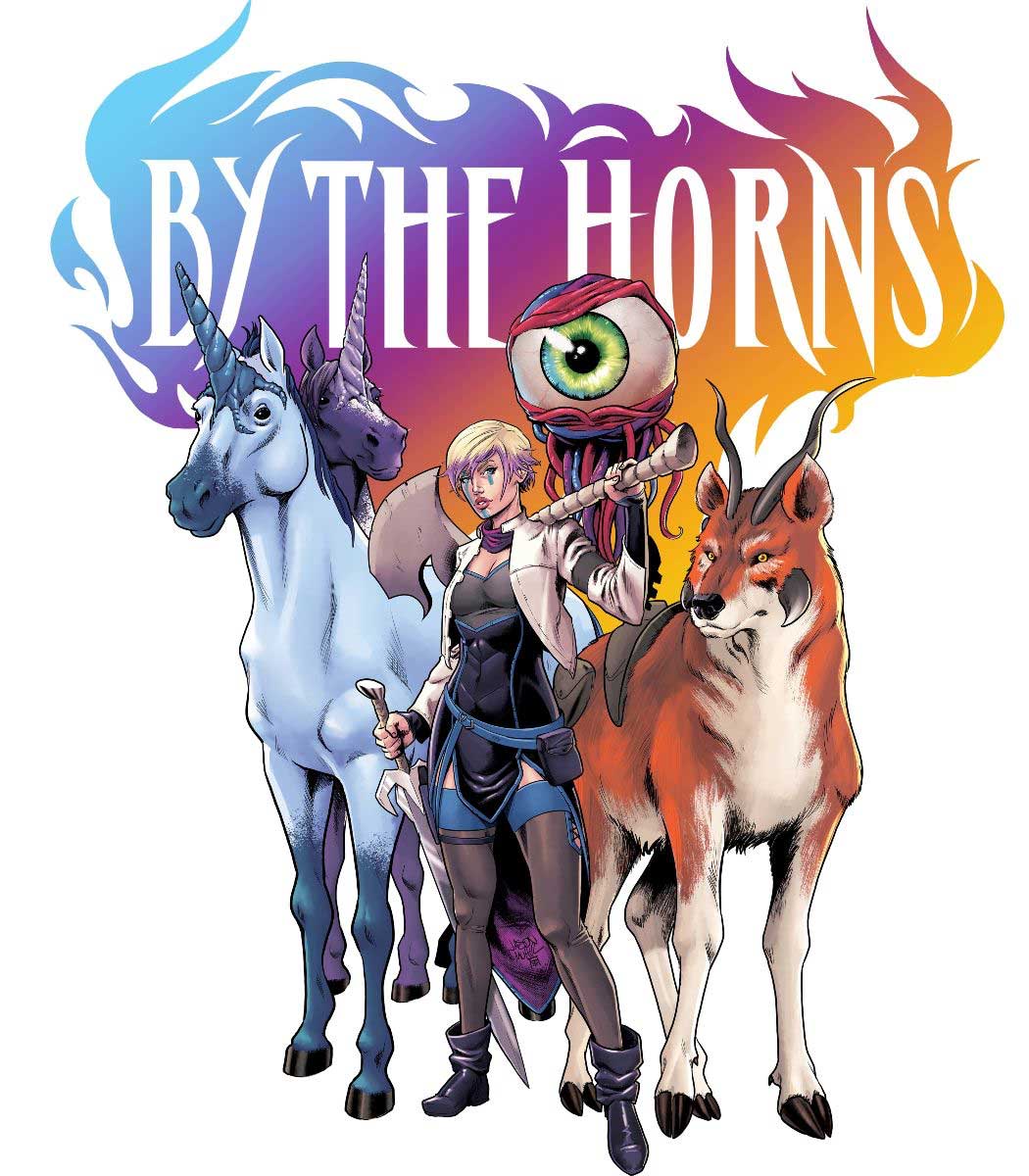 By The Horns becomes ongoing at Scout Comics

Scout Comics has announced it is turning By the Horns into an ongoing series at the publisher.

By The Horns is a sci-fi, fantasy adventure comic from Markisan Naso, Jason Muhr, and Andrei Tabacaru, with issue #8 scheduled to arrive in November.

Scout’s President James Haick couldn’t be more excited about the news. “We are so happy that the BY THE HORNS team has decided to continue their amazing story. The series has been both a critical and commercial success and we look forward to publishing even more stories within the fantastic universe they have created.”

BY THE HORNS writer Markisan Naso said there are at least three more story arcs planned that will take the series to fantastic and epic new places readers might not expect.

“We are so grateful to all the readers, retailers and Scout for their tremendous support for BY THE HORNS,” Naso said. “We can’t wait for everyone to see what we have in store for our characters beyond the initial arc. The world and the adventures get so much bigger. The scope of our series goes supernova in spring 2022!”

BY THE HORNS #5
The abduction of Rigby has taken a heavy toll on Elodie and her allies, as they make their way across the continent toward the western stronghold of Qeb, the night sand warlock. In the north, the wind wizards’ villainous plan for Solothus intensifies. Main cover by Jason Muhr and Andrei Tabacaru. Variant cover by Jason Muhr. 32 pgs, FC $3.99