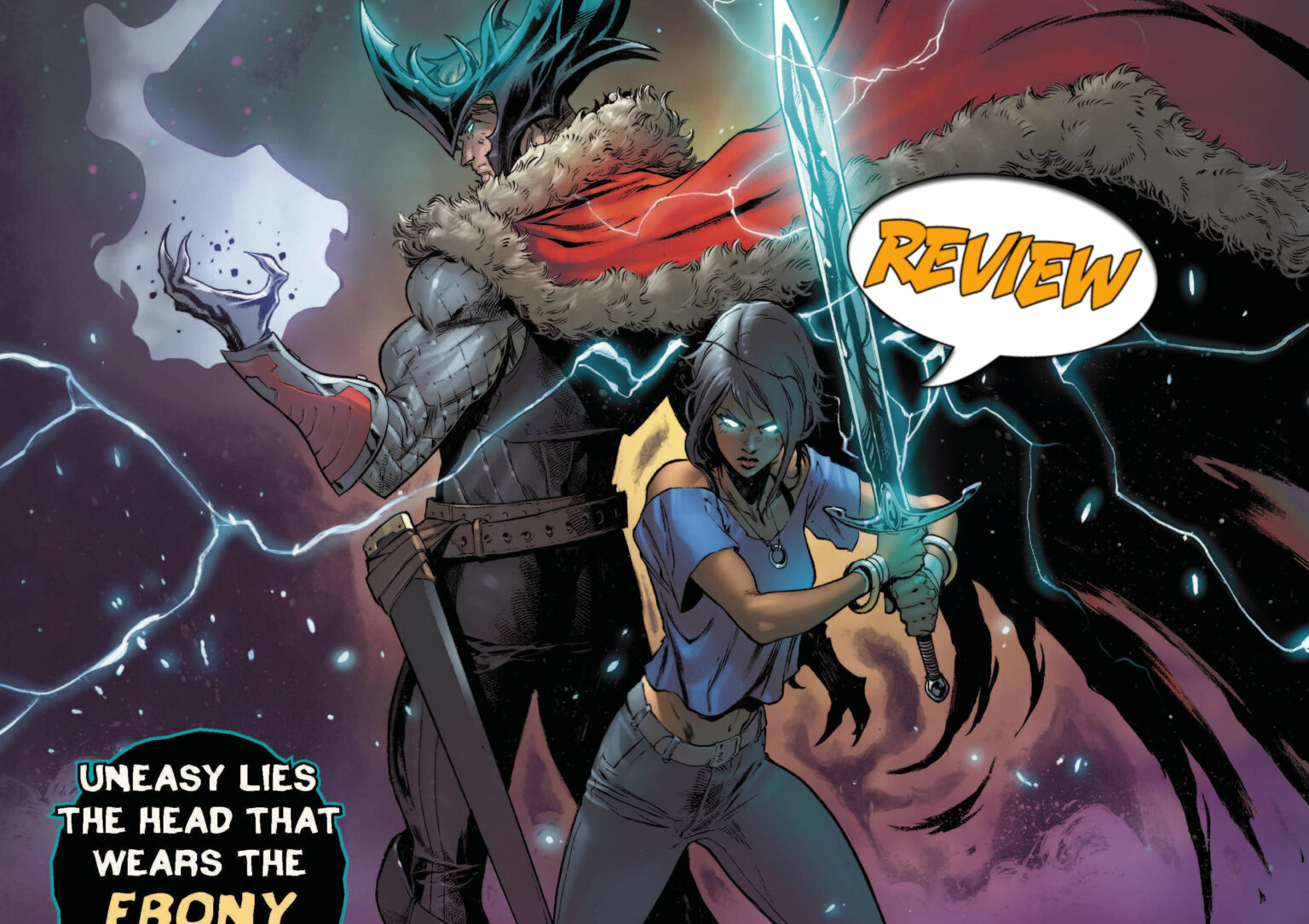 Mordred has won. Dane Whitman is dying, and Jacks has perished from Mordred wrath. Find out if Mordred can be stopped in Black Knight: Curse of the Ebony Blade #5 by Marvel Comics!

Previously in Black Knight: Dane Whitman has been having a hard time handling the darkness of the Ebony Blade. He even goes so far as to speak to an AI that he found online called the Listener. However, Mordred is back and is after the ebony items. Dane, Elsa Bloodstone, and Arthurian scholar Jacks team up to stop him. However, Elsa Bloodstone has been paid off, Dane is about to die without his sword to resurrect him, and Jacks has been violently killed. Things aren’t looking great for our heroes.

THE RETURN OF CAMELOT

Black Knight: Curse of the Ebony Blade #5 starts with Mordred moving on to the next step of his plan. He is the creator of the Listener app and uses its users darkest secrets to power the Ebony Chalice. However, in Dane’s dying moments he opens the app and tells a story. Mordred listens in and doesn’t realize that Jacks has resurrected and taken on the mantle of the Black Knight. Elsa Bloodstone also has second thoughts and returns to help Jacks.

Dane tells Mordred the story of how he met a girl whom he loved. She had cancer and moved to London for treatment, and he was meant to join them. But he stood her up in the airport. Little did Dane know, she was pregnant. Dane has an heir with the blood of Arthur, and it allowed the Ebony Blade to resurrect Jacks, his daughter. As Dane dies, he in turn paid the blood price the Ebony Crown required, and the crown resurrected him. Mordred perishes from this resurrection. A week later, Dane tells Jacks that he is her father and Jacks decides that she must help Dane take on the persona of the Black Knight and share that burden. Now two people, one sword, one burden, and one hero.

The Curse of the Ebony Blade miniseries has been an emotional rollercoaster. Dane Whitman died twice in this series, Elsa has betrayed her allies, and Ms. Jacks has had to grow as a character. While I disliked the resurrection through the Ebony Crown, this is the best possible ending for the series. They defeat Mordred and address the theme of loneliness in all the characters. And I figured that Jacks would be resurrected by the sword, I had no idea that Dane and Jacks were going to be related. Which makes sense why Dane tried to hire Jacks in the first place in retrospect.

This book makes me excited for the future of the Black Knight as a character. I’m curious about how they will act with the Avengers or going about day to day hero business. I am also thrilled that there seems to be another miniseries coming out for the Black Knight later this year and I’m ecstatic to pick that up when that comes out. With solid art and tasteful colors, I applaud the creative team for what they did with this series.

Black Knight: Curse of the Ebony Blade #5 has been an excellent miniseries that has had a strong narrative arc and clear direction. This book is an easy 5 out of 5 for me and I encourage people to check out the trade paperback when that is available for purchase.

Black Knight: Curse of the Ebony Blade #5 has been a thrilling miniseries that has the best possible conclusion for the plot and the characters.