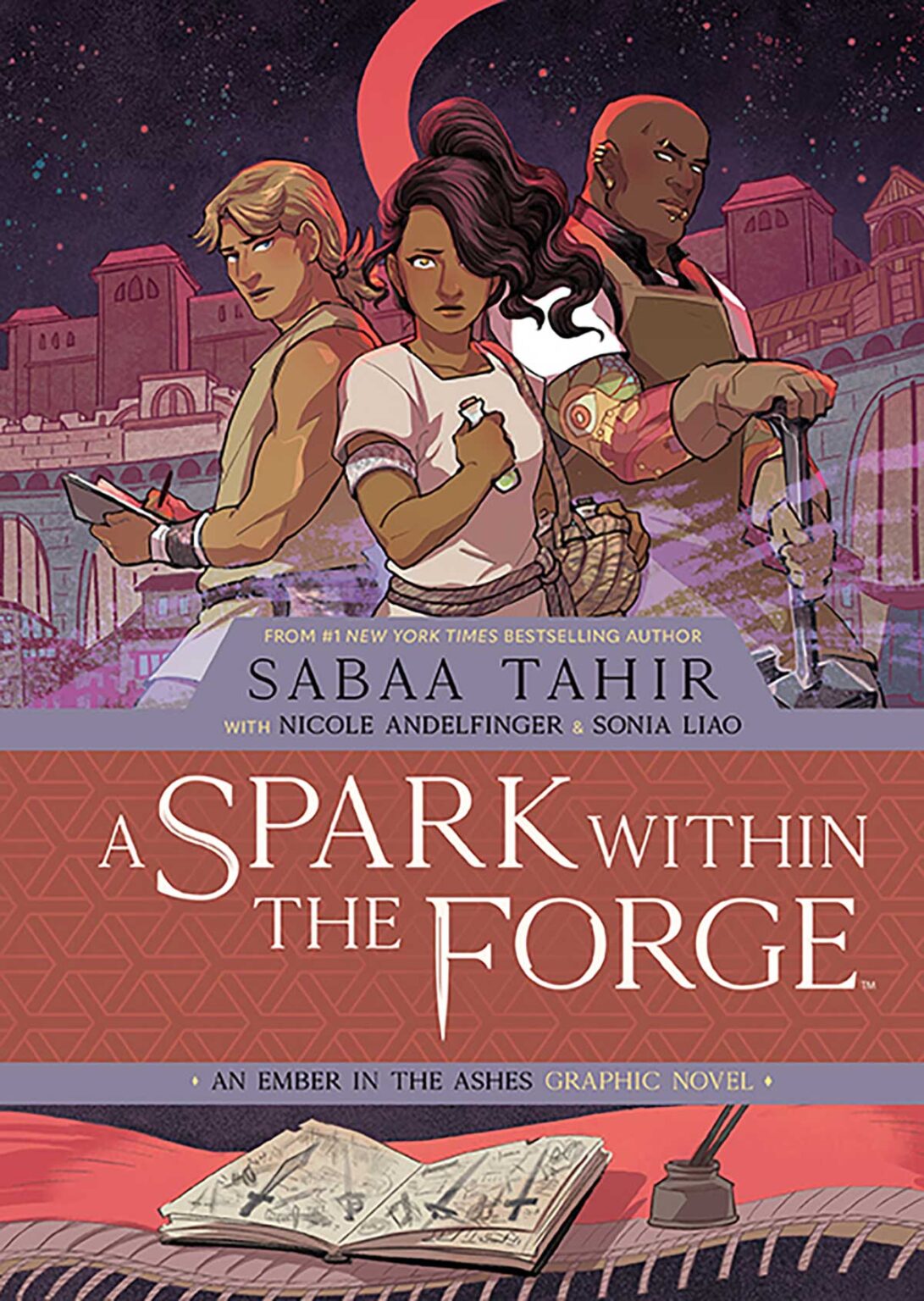 BOOM! Studios announces A Spark Within The Forge

BOOM! Studios has announced an all-new Ember in the Ashes graphic novel – A Spark Within the Forge from Sabaa Tahir, Nicole Andelfinger, Sonia Liao, Kieran Quigley, and Mike Fiorentino.

Before they were torn asunder, Laia lived happily and quietly with her Nan, Pop, and brother Darin within the Scholar district of Martial-ruled Serra. Although Laia is afraid to venture outside her home due to the heavy Martial presence, Darin loves to explore all parts of their home city… even those that are forbidden.

A chance encounter with famed swordsmith Spiro Teluman, who sees in Darin a talent for forging weapons, leads him down a path that pulls him away from his family but towards hope for his people. Meanwhile, Laia is forced to take her brother’s place accompanying Pop to combat a dangerous illness spreading quickly through Serra. When Laia discovers a surprising cure, will she brave exposure and the heavily-patrolled streets so she can save the city and someone she loves? Sabaa Tahir is the author of the An Ember in the Ashes series. She grew up in California’s Mojave Desert at her family’s eighteen-room motel. There, she spent her time devouring fantasy novels, raiding her brother’s comic book stash, and playing guitar badly. She began writing while working nights as a newspaper editor. She likes thunderous indie rock, garish socks and all things nerd.

A Spark Within the Forge: An Ember in the Ashes Graphic Novel arrives in February 2022.