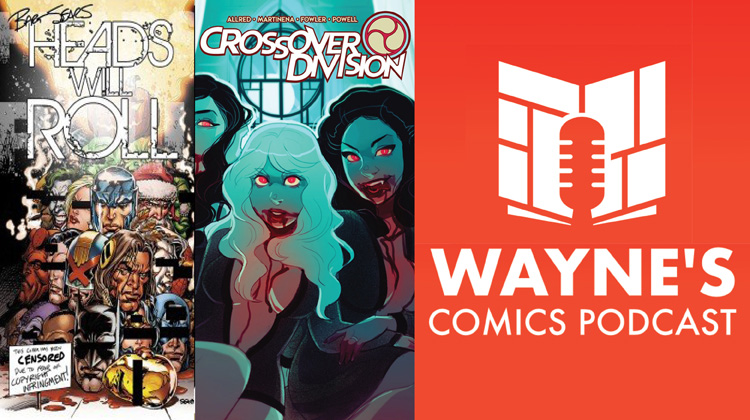 Wayne’s Comics Podcast #496: Interviews with Bart Sears and Will Allred

This week, in Episode 496, Wayne talks with comics legend Bart Sears from Heads Will Roll and Will Allred from Crossover Division!

Everything kicks off with Bart Sears, who has a new book called Heads Will Roll, which you can support at zoop.gg/c/headswillroll! It’s described this way: “Character headshots of the most famous heads in heroic fantasy, drawn by superstar comic artist Bart Sears, collected in a beautiful 144-page comic art book! Each day of this campaign Bart will be drawing a new head, decided on by vote, to be added to the book!” This project will conclude in early August, so be sure to listen to this episode, then support Mr. Sears!

Then it all concludes with my fun interview with Will Allred from Crossover Division #2, which you can support on Kickstarter at this link. Here’s how it is described: “The Brides of Dracula attack as Hank & Hector must end the crossover with Stoker’s Dracula or risk gothic horror overrunning the world.” His project is doing well, but be sure to listen and then support him since this project will conclude on Friday, July 30, at 10:00 p.m. EDT. Be sure to support both of these great projects!