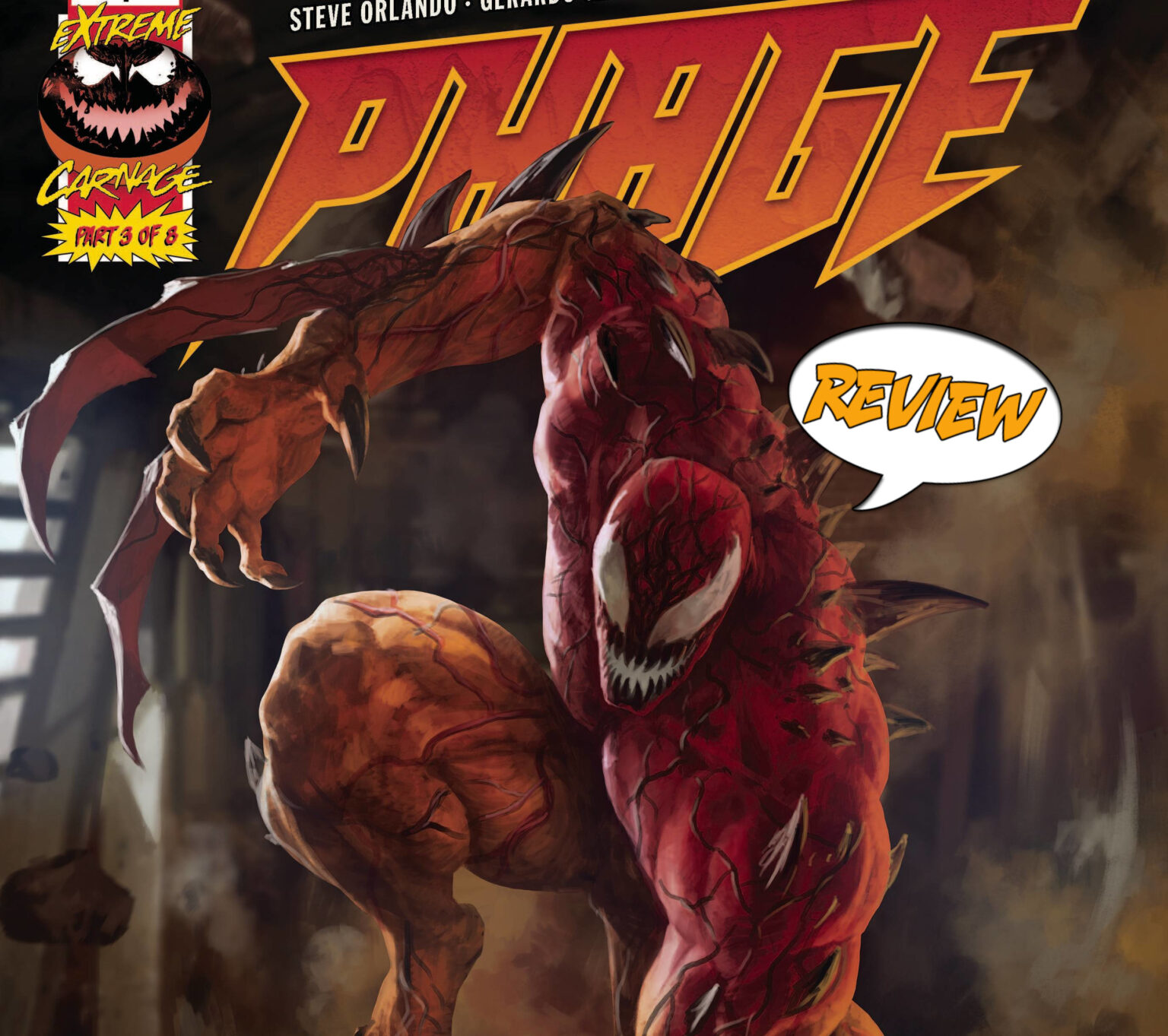 Carnage has set his eyes on Phage. Will Agent Venom and Scream be able to combat Carnage and his new allies? Find out in Extreme Carnage: Phage #1 by Marvel Comics!

Previously in Extreme Carnage: Carnage is back and has taken control of Arthur Krane who is a politician who has allied himself with the Friends of Humanity. Now that Carnage is back, the other symbiotes can sense him. Flash Thompson/Agent Venom has begun to create a team to take down Carnage while Andi Benton/Scream had to destroy her symbiote. What is Carnage end game here?

GRIEVING FOR A FRIEND

Extreme Carnage: Phage #1 begins with Phage in the body of a dog who is a pet of a hunter. When Phage hears the call from Carnage, he kills his human caretaker and looks for revenge for the death of Scream. Meanwhile, Andi used her hell mark too destroy Scream when it started to kill people. Now she must fight back against Alchemex but is unsuccessful. She is taken prisoner and meets Doctor Steven who convinces her that he is there to help.

Phage has taken control of the dead body of his human caretaker and breaks in to find Andi. Andi begins to fight back with her hell mark but does not have the strength to beat Phage. Luckily, Flash Thompson comes in and fights back. But Phage is still too strong, and he kills Andi in the name of Carnage.

REVENGE OF THE SYMBIOTES

Extreme Carnage: Phage #1 presented a revenge story through the eyes of a symbiote. Phage attacked Andi because she was forced to kill Scream. While we know that Phage is being manipulated by Carnage in one way or another, it is still an interesting thought. These symbiotes are turning away from their host in favor of a very primal form of revenge and anger. Through Carnage’s influence, Phage was able to find Andi, develop a plan to infiltrated this Alchemex lab, and then kill her. Carnage is smart and I wish I knew more about what his grand plan is. The stakes don’t seem to be terribly high yet, but once we learn more about Carnage’s goals, I think the story will pick up.

I am surprised that Extreme Carnage: Phage #1 picked up the tempo quite well compared to the last comic of this series. I was afraid that this issue was going to follow the same issues as the previous one, but I was pleasantly surprised. This story has a good arc structure and dialogue that was engaging. That and creating something memorable makes for a really good comic.

This story was leaps and bounds better than last issue and if they keep up this quality, they will grow. With solid engaging art, great concept of the narrative structure for this issue, and dynamic action on the page, I’m sold. I recommend waiting till a full trade paperback is released because I think it will flow a lot better. 4 out of 5 for Extreme Carnage: Phage #1 by Marvel Comics!

Extreme Carnage: Phage #1 picked up the narrative pace and it feel behind last issue. We are slowly beginning to understand how to overcome Carnage and whatever his grand design may be.