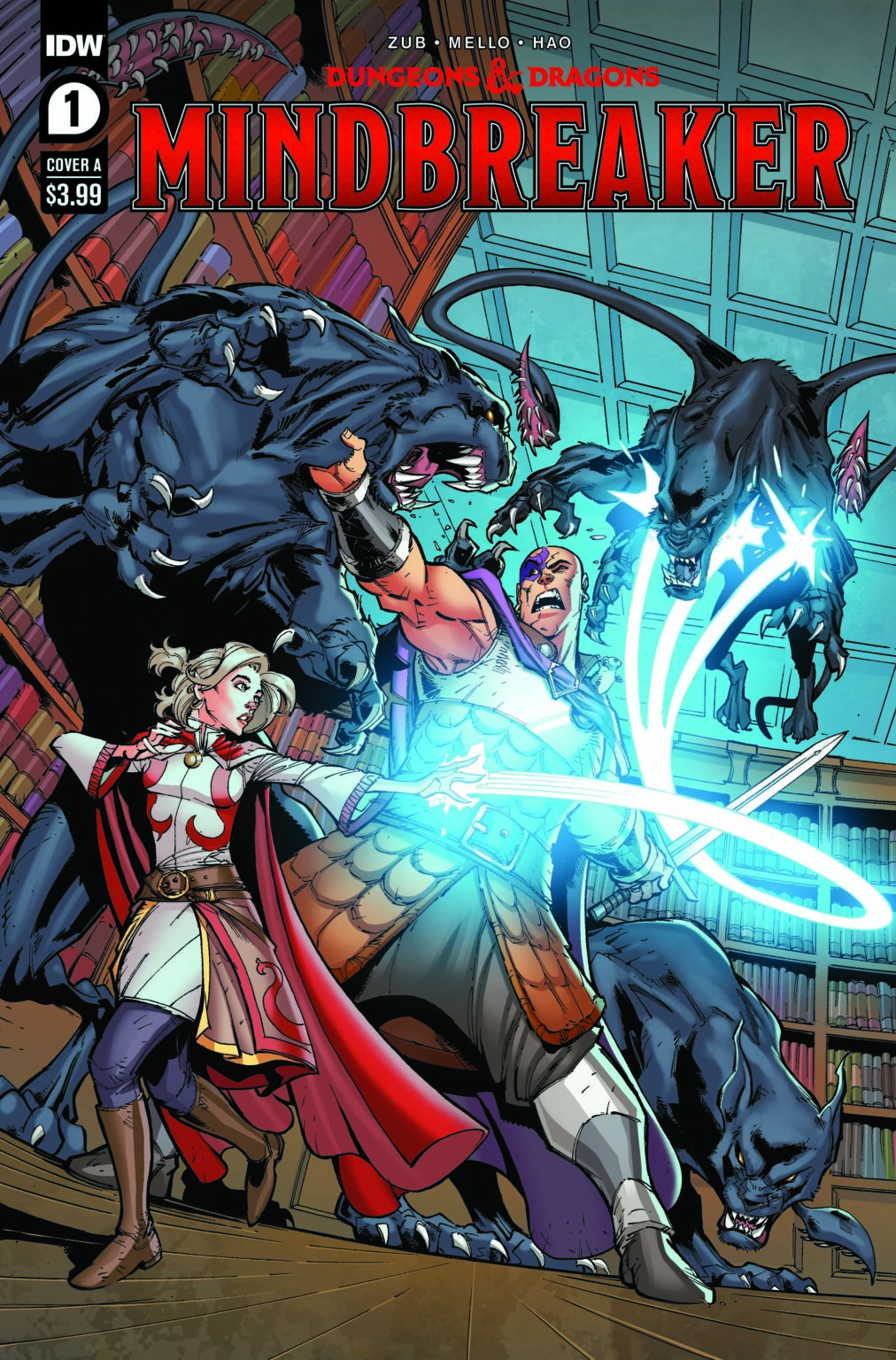 Jim Zub and Eduardo Mello are teaming for Dungeons and Dragons: Mindbreaker, a five-issue mini-series that leads to the events taking place in the Baldur’s Gate III videogame. “Our Baldur’s Gate heroes have traveled to remote parts of the Realms, tumbled through the Demiplane of Dread, been exiled to Hell, and somehow made it back alive,” said Zub in a press release from IDW Publishing. “Now they’re home in Baldur’s Gate and the threat that’s arrived on their doorstep is far greater than any of them could have imagined.”

Mindbreaker builds upon IDW’s expansive library of Dungeons & Dragons tales written by Zub, a sixth entry in a Baldur’s Gate saga that includes prior publications Legends of Baldur’s Gate, Shadows of the Vampire, Frost Giant’s Fury, Evil at Baldur’s Gate, and Infernal Tides.

“Getting to write new Dungeons & Dragons stories with Minsc and company alongside the incredible surge in the tabletop game’s popularity has been an honor and a thrill,” continued Zub. “Mindbreaker is D&D on a grand scale, jam-packed with action and adventure. It pays off a bunch of elements introduced in earlier D&D miniseries and foreshadows the dark forces that rise to prominence in Baldur’s Gate III. I can’t wait for readers to see how it all plays out!”