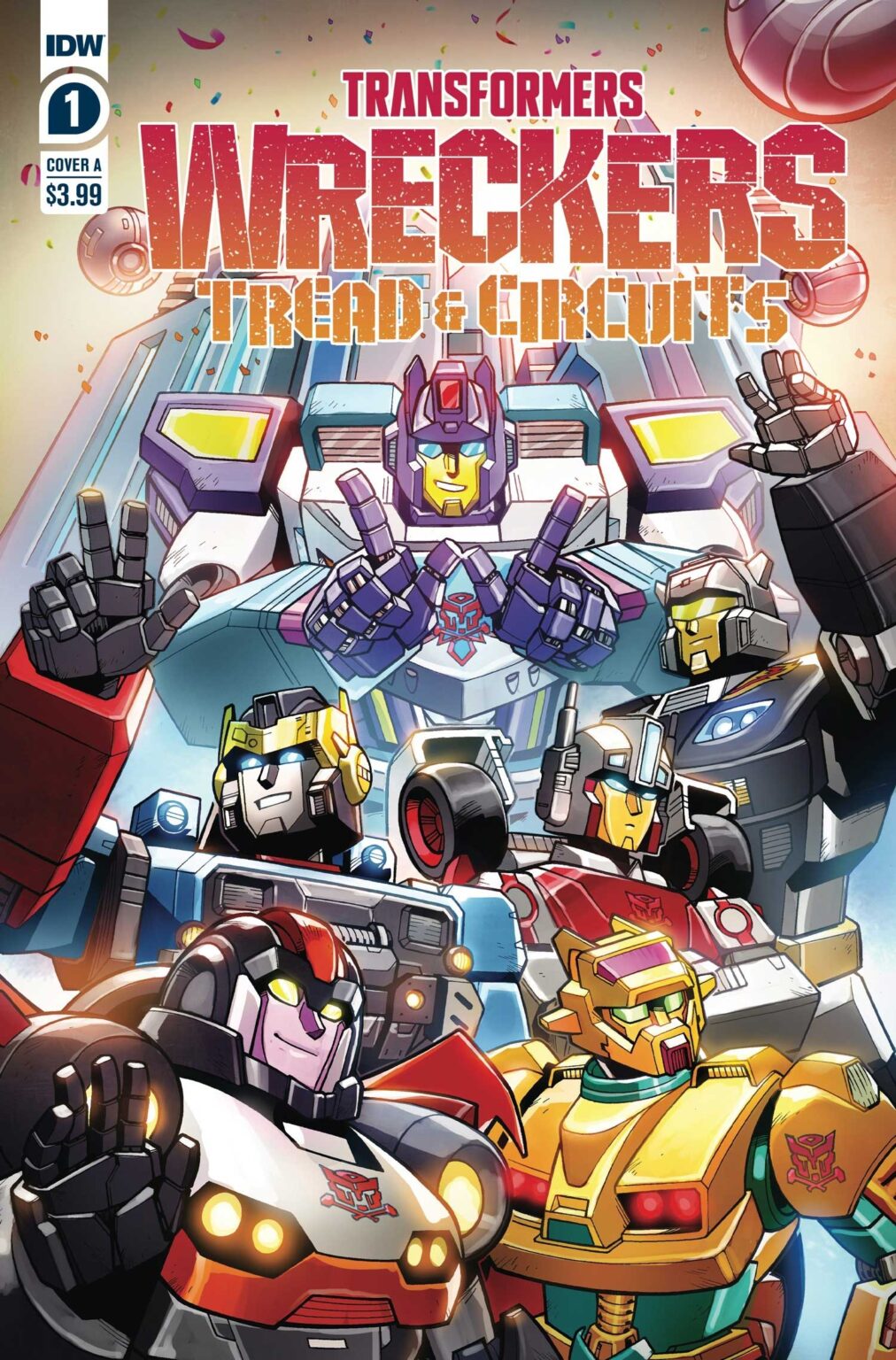 IDW Publishing is ready to launch a new Transformers mini-series that takes place in the earliest days of the Cybertonian War with the release of Transformers: Wreckers – Tread and Circuits.

The Tread & Circuits storyline provides a glimpse of life on distant colony worlds, far from the Cybertron war, where good entertainment is hard to find! Fortunately, there’s always the Wreckers, a fearless team of daredevils who broadcast death-defying stunts and action… all as a cover for undercover operations! When the security of the Speedia 500—a literal race for governmental control of a whole world—is threatened, the Wreckers have a new challenge: they must save the most widely-broadcasted event in the galaxy, without getting exposed!

The four-issue mini-series is written by David Mariotte with art by Jack Lawrence, and colors by Candice Han.