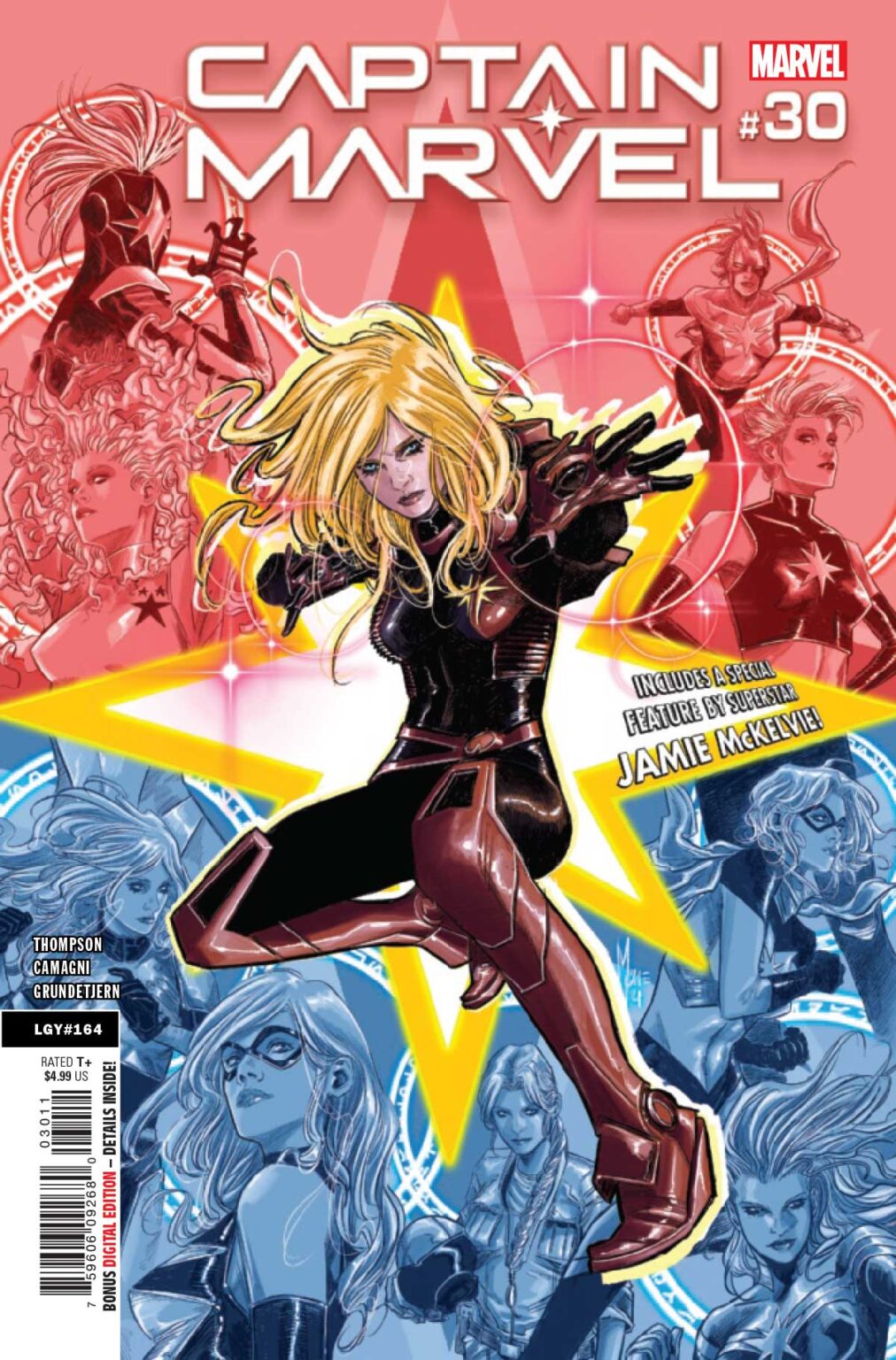 CAPTAIN MARVEL #30
KELLY THOMPSON & JAMIE MCKELVIE (W) • JACOPO CAMAGNI & JAMIE MCKELVIE (A)
Cover by MARCO CHECCHETTO
Variant cover by TERRY DODSON
DEADPOOL 30TH VARIANT COVER BY ROB LIEFELD
MARVEL ANIME VARIANT COVER BY PEACH MOMOKO
SPECIAL OVERSIZED ISSUE!
Carol Danvers thinks she’s seen it all, including a terrifying future that only she can prevent. Convinced that magic is the answer to her problem, she’s about to face a hard truth: No magic in the universe can save her from herself. Captain Marvel holds the lives of billions in her hands — and the decision she makes here will change her forever. Past, present and future are about to collide! Don’t miss the oversized 30th issue of CAPTAIN MARVEL, including a special story written and drawn by Jamie McKelvie, the original designer of the Captain’s now-iconic red, blue and yellow suit!
40 PGS./Rated T+ …$4.99