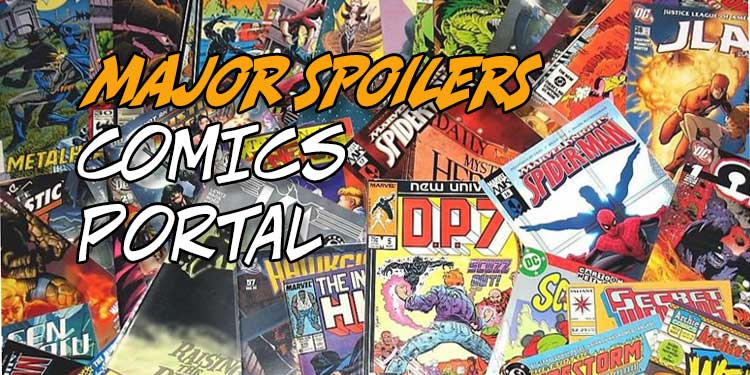 This past week, the comics industry lost one of its biggest supporters—my identical twin brother, Randy Hall. We need more fans to keep comics going! While I get a lot of good news in my Facebook feed, I see a lot of sad news as well. I see when we lose a valuable comics creator like David Anthony Kraft or Robson Rocha, for example.

On Friday morning, I got the bad news that my identical twin brother, Randy Hall, had passed. He had endured a stroke about a year ago, so his short-term memory wasn’t what it used to be. He was in an assisted living facility, and I had spoken to him on the phone just the night before. He was in good spirits, which made his passing quite a shock to me.

Randy, who I had mentioned in this column several times previously, was a HUGE comic book fan. I immediately went out on Facebook and let everyone know. A lot of the responses I got were from comic book creators and retailers he knew. Granted, he wasn’t as well known as Mr. Kraft or Mr. Rocha. But he loved comics passionately and supported them as much as possible (sometimes even more).

One of the things I thought about was: Are there people who can step in and support comics in his place? I’m doing all I can, so I’m imploring everyone who knew him and loved comic books to support them in his memory.

RANDY GOT ME INTO COMICS, TWICE When we were very young, Randy was the one who explored comics first. He was big on Superman, something I never really understood. After a while, I took to Batman, at first because his last name was my first name—Wayne. I got to appreciate the character more the more I read about him.

The first time we wore costumes for Halloween, Randy was already a fan, so he wore a Superman outfit. I wasn’t yet there, so I wore a highway patrolman uniform.

We read comics for years, starting back when they cost all of a dime each. As they got more and more expensive over time, I bought fewer and fewer. Randy, however, kept buying them.

When we reached high school, I was starting to notice that, in my small hometown, nobody else read comic books. I stopped buying them. That was the era of the Super-mobile and Aunt May marrying Doc Ock, so I didn’t feel like I was missing much.

Years later, after college, Randy was hunting for a very popular and hard-to-get comic called The New Teen Titans #1 by Marv Wolfman and George Perez. I was living just outside of Washington, DC, while Randy lived in Michigan—very different communities. Since I had local comics shops nearby, he asked for me to go to them and look for that comic. I did so, and in one of them, I found the book he was looking for. But they wanted ten times cover price! I called him and told him, and he said, “Buy it anyway!” I grumbled mightily, but I bought it and sent it to him.

However, before I shipped it off to Michigan, I carefully removed the book from the bag and board, and read it. I was always a big Dick Grayson/Robin fan and I enjoyed George Perez’s artwork, so I started reading them on my own.

I began buying three whole titles a month. The owner of the store told me that if I just added two more books to my pull list, I would get a discount. I turned and looked at the stands, swallowed hard and asked for two of the Batman books (which I thought mightily sucked at that time), and thus started my return into comics.

I read the Nocturna story where she floated away into the red skies before Crisis on Infinite Earths and breathed a sigh of relief. She stayed away for a long time, to my great pleasure. Randy kept sending me trades of stories he thought I would like, including Elfquest. He was right, so my collection kept growing.

I was going to a store near where I lived when I asked them for a low-cost ($50) Batman statue. I patiently waited for it to come until one day, while on a four-hour trip, we stopped in a store about two hours into our drive. I was shocked to see that very statue on their shelves. The next day, I called the store, only to be told, “We don’t order statues.” Well, why didn’t you tell me that when I tried to place that order?

I cancelled my subscription there and started buying my comics from the local store Randy was frequenting (he was living somewhere nearby at that time). They ordered what I wanted, which he knew they would do already! I had to drive much farther, but it was worth it to get what I was looking for!

All this time, Randy had never once missed a week of buying comics. He bought variant covers as well as the regular issues.

Over the years, though, when times were tough, he had to hold off buying “the books” from time to time so he could pay his bills. He hated that.

The last time he went without comics took place during the aforementioned stroke. I had to stop the subscription (still at the exact same store, by the way) while he recovered. The first thing he wanted me to buy for him when he felt better, of course, was a comic book. Even when he had to move into assisted living, he still had me send boxes of comics for him to read and again rev up his subscription at the same store. I wasn’t sure his reading ability was all that great, but he could look at them and understand the illustrations, if nothing else! I tell you all this because, as I’ve also previously mentioned, we’re losing comic book fans at a rapid pace. As younger people get into videogames, among other things, the overall number of comics fans seems to be decreasing at a rate faster than new fans are coming in to replace them.

That scares me. Randy and I talked about this often, but neither of us could think of a solution except, maybe, sharing our love of the industry with others.

Again, I understand that Randy and I are not on a level where a clarion call from both of us to support the industry would draw hundreds or thousands to buy comics in his place. All I can hope is that some of you have friends who could rekindle their love of comic books if they get just the right nudge at the right time. If you see such a possibility, I hope you’ll make it happen! We need as many fans as we can possibly get!

What do you think? Do you see a future for the comics industry? Are there friends of yours who have loved the books but fell away for whatever reason? Could a “free” comic from you help remind them of why they bought them in the first place? Are there other ways we can make the comics industry healthier than it is now? Whatever your opinions, be sure to share your thoughts in the space below!