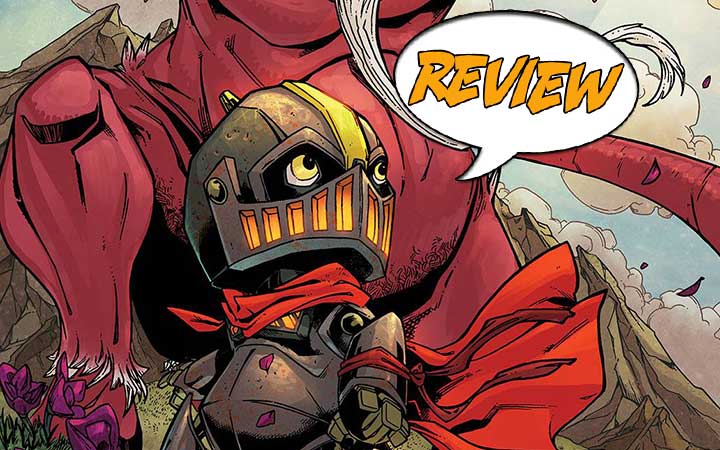 Can Canto put together a force strong enough for him to get to the Shrouded Man face to face? Find out in Canto III: Lionhearted #1 from IDW Publishing! A RACE AGAINST TIME

Canto III: Lionhearted #1 takes the story so far and keeps building on it. I appreciate the fact that it opens with a page showing us some of the major characters. Falco and Rikta we have seen quite often, but the Hermit is from the first story arc. And it is with the Hermit that we begin as a Fury hunts her through the snow and ice of the mountains. It is quite a fight, and it ends with the Fury grabbing the Hermit and taking wing, threatening to drop her if she doesn’t give it the information it wants.

The Hermit refuses, and as she plummets, Aulaura, riding Zixia, grabs her and tries to outfly the Fury. The Fury soon gives up, and Aulaura finally has a chance to land. But she is too late – the Hermit, Bodil, has died.

Of all the places he could go after his recent adventure in the City of Giants, Canto returns to Old Arcana. This is where his people were enslaved. But the furnaces of Old Arcana are abandoned and cold. All the remains here are memories. It is when he visits the grave of his beloved, the one who named him, that Aulaura reaches him. Canto doesn’t understand how he could possibly still save his beloved, as the Princess in the Valley of the Lionhearted said. But turning back to business, he has been trying to locate the Slavers. With Bodil gone, another possible lead is gone too. But since the Fury was also after Bodil, perhaps the Shrouded Man does not know where they are either. But why is he looking for the Slavers?

It turns out that Canto’s plan is to find the Slavers and try to get them to turn against the Shrouded Man and join him instead. The army that he has is loyal, but it is very small. He is taking quite a chance, and Falco and Rikta do not hesitate to voice their disapproval. They have a plan for sneaking into Dis and approach the Shrouded Man by stealth. Canto warns them that since he now holds the Shrouded Man’s heart, they have a connection, and there is too high a risk that he could learn of their plan.

THE STAKES HAVE NEVER BEEN HIGHER

Canto III: Lionhearted #1 has some of the most lyrical artwork I have seen in a comic book. Right from the start we get panels of the Fury chasing Bodil, not from a long-distance establishing shot, but from a more intimate setting – a frozen puddle and Bodil’s hoof shattering the ice as the dialogue is the Fury taunting her. Within a page we realize their fight is in a high-altitude pine forest in the mountains. The fight is energetic and desperate made poetic as well by the swirling capes and robes they wear.

When Aulaura and Zixia join the battle, a double page splash does justice to the dragon flying at speed. Her wings are colorful, like a parrot, and to see them on such a grand scale is perfection. Bodil’s death is important, and it is given a full page with a view back over the valley below and, even more distant, a lake and another range of mountains. I think this is the lake the Hermit lived on, but when I see this vista, I get a sense of how beautiful this world is that the Shrouded Man wants to crush under his boot, and how much would be lost if he succeeds.

BOTTOM LINE: LOVE AS AN ACT OF COURAGE

Canto III: Lionhearted #1 brings together pieces from all the previous stories in the series to show us Canto’s most audacious plan yet. Interesting writing and glorious art make this a book well worth reading.

Canto realizes that he needs allies, and more of them, in his fight against the Shrouded Man.