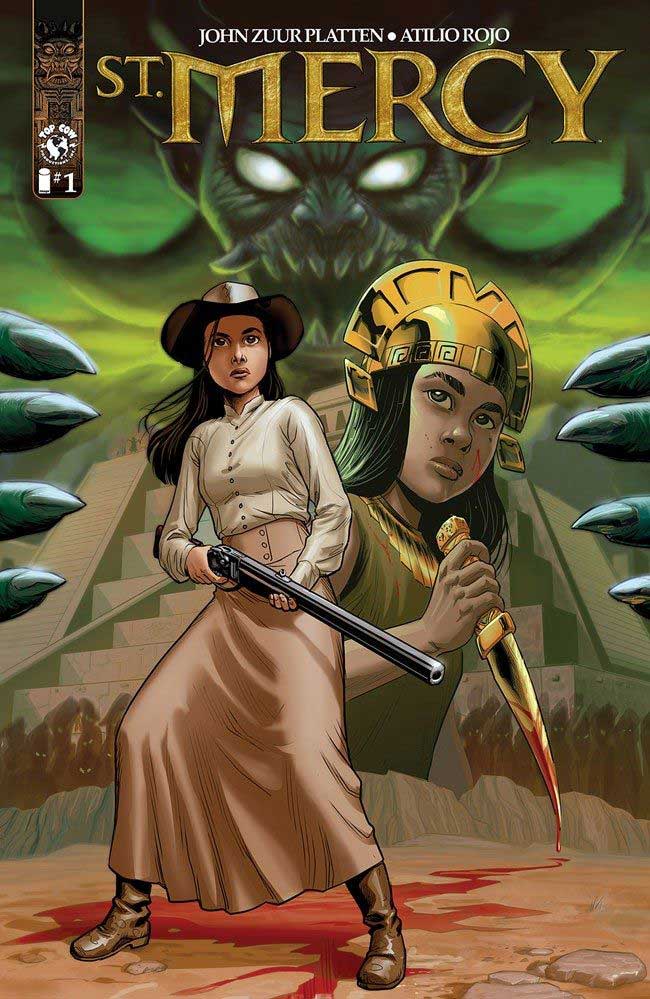 Top Cow Productions, Inc., the company behind Witchblade, The Darkness and Cyber Force, announced today that it has partnered with EP1T0ME to co-produce and to publish a slate of EP1T0ME comic books and graphic novels, including EP1T0ME’s debut comic book, St. Mercy. EP1T0ME, founded by Richard Leibowitz in January 2020, develops, produces, and co-publishes primarily single-player, story-driven, single/several session, PC/Console games; its slate includes an even split between license-based and original games; it struck a deal with Top Cow to establish original properties and to market games.

St. Mercy, penned by John Zuur Platten (Jurassic World: Evolution) and illustrated by Atilio Rojo (Cyber Force: Awakening), is a tale of vengeful retribution; it pits the Incan Empire against the American West and features two strong, determined young women, both of whom have no choice but to defy authority as they succumb to their destiny.

Matt Hawkins, Top Cow’s President, said: “We’re excited to partner with EP1T0ME to publish a slate of comic books and graphic novels and confident that each one of them, including St. Mercy, will find a life in games and beyond.”

St. Mercy #1 will be available for purchase at comic book shops and across many digital platforms, including Amazon Kindle, Apple Books, ComiXology, and Google Play, on Wednesday, August 25, 2021.

EP1T0ME Studios, Inc. (http://www.ep1t0me.com), is a video game company headquartered in Austin, TX with locations in Los Angeles and Montreal, Quebec. We are focused on delivering story-driven game experiences across multiple platforms, including PC, console, mobile and VR. We work with exceptional independent game developers and experienced creative talent on both original and established IP. We are developing original IP specifically for multiplatform storytelling, including games, comics, film, television, audio drama and podcasts.