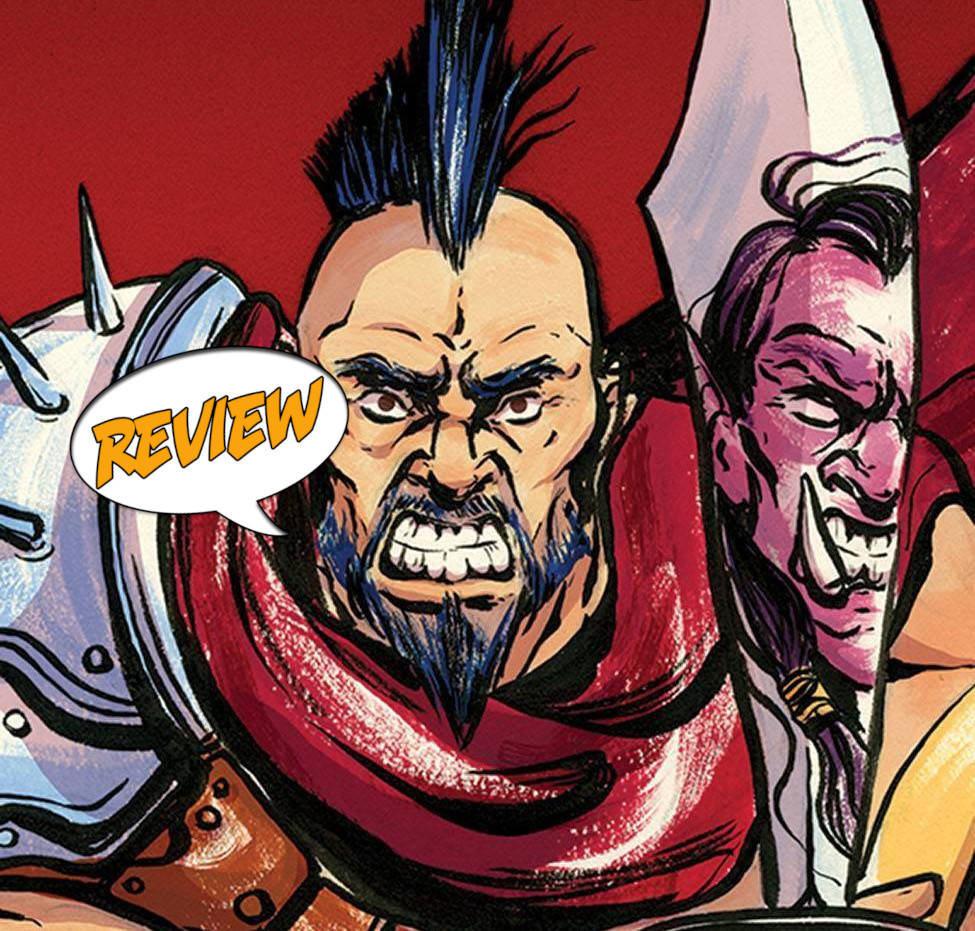 Helm Greycastle and his party is looking for the last dragon prince but are stuck in a war between Montezuma III and the people of New Azteca! Find out what happens next in Helm Greycastle #3 by Image Comics!

Previously in Helm Greycastle: Helm Greycastle and his party found themselves in between a civil war. They have decided to side with Xiuhtecuhtli, the god of fire, Isabel, and Iz who wanted to use the dragon prince to end Montezuma. But a bad omen arrived and Helm and Vola must travel to Azteca’s underworld to find the god of bats.

Helm Greycastle #3 starts with Helm and Vola are in the underworld where they find Camazotz tied to a cross. The duo fought an army of monstrosities while freeing Camazotz. Despite being tied up, Camazotz seemed to be at full strength and began to escape the underworld while Helm and Vola returned to their body in the natural world. Iz takes Shava and Oskar to visit Omecihuatl and plead for her help. However, Montezuma found them and took them prisoner.

Helm and Vola return to their body to see them under attack. After beating their enemies, Helm realizes that everyone is calling him Coyote. Regardless, he hears a melody in the wind. This melody, sent by Shava, tells him that his friends are in danger and prepares to rescue them with Camazotz.

Helm Greycastle #3 brings us into a world of new gods and new themes. This issue brought us into the underworld and presented another character that seemed to know something about Helm. However, it felt a little jarring that no one told Helm why people are calling him Coyote and what that may signify. Which does not quite make sense to me. Now, I get that we are probably leading up to a huge reveal in the finale, but this issue should have had more explanation or at least a stronger excuse to keep this secret. Helm and his crew are rather one-dimensional characters at times and delaying that character growth hurts the series.

With that all being said, the setting is amazing. I think stories in this world with these characters tell a good story. I want to know more about the relationship between Iz and her lovers. I want to know more about the culture. And I also want to learn how to pronounce these names, but this comic is probably not going to teach me that. The creative team has done a good job and I hope with see a series two after the finale next issue.

Helm Greycastle #3 did not feel as strong as the previous issue but still pushed the story forward. I trust the vision of the creative team to write a fulfilling finale to this comic. 3.5 out of 5 starts for Helm Greycastle #3 and I am looking forward to the finale.

Helm Greycastle #3 continues to explore Mexica/Aztec fantasy in an exciting new way but the issue didn't give me the character depth that I wanted.