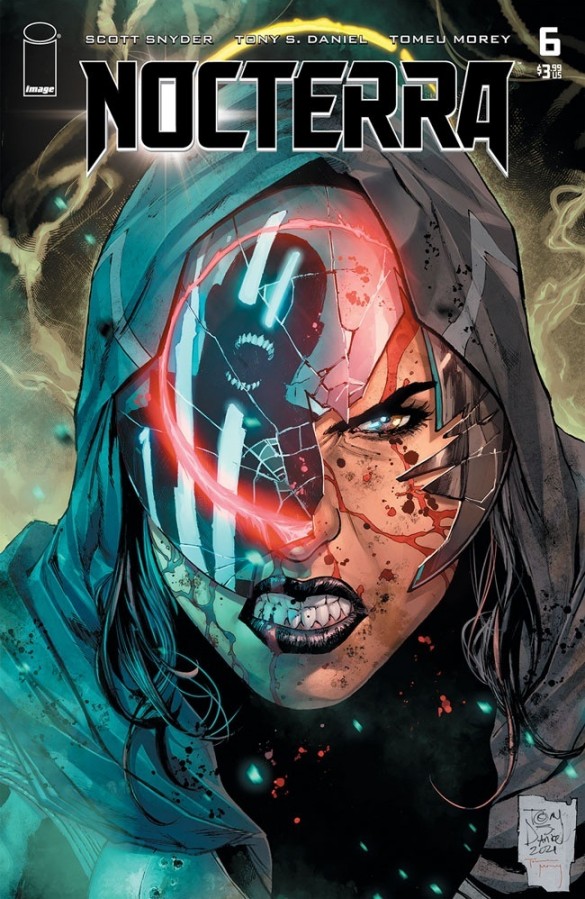 Image Comics has announced it will release three variant covers for the upcoming Nocterra #6 from Scott Snyder and Tony S. Daniel.

You’ve seen the calm…now it’s time for the storm in Nocterra #6. Having previously unearthed a shocking revelation, Val must prepare for battle before she loses the paradise that she’s risked so much to find.