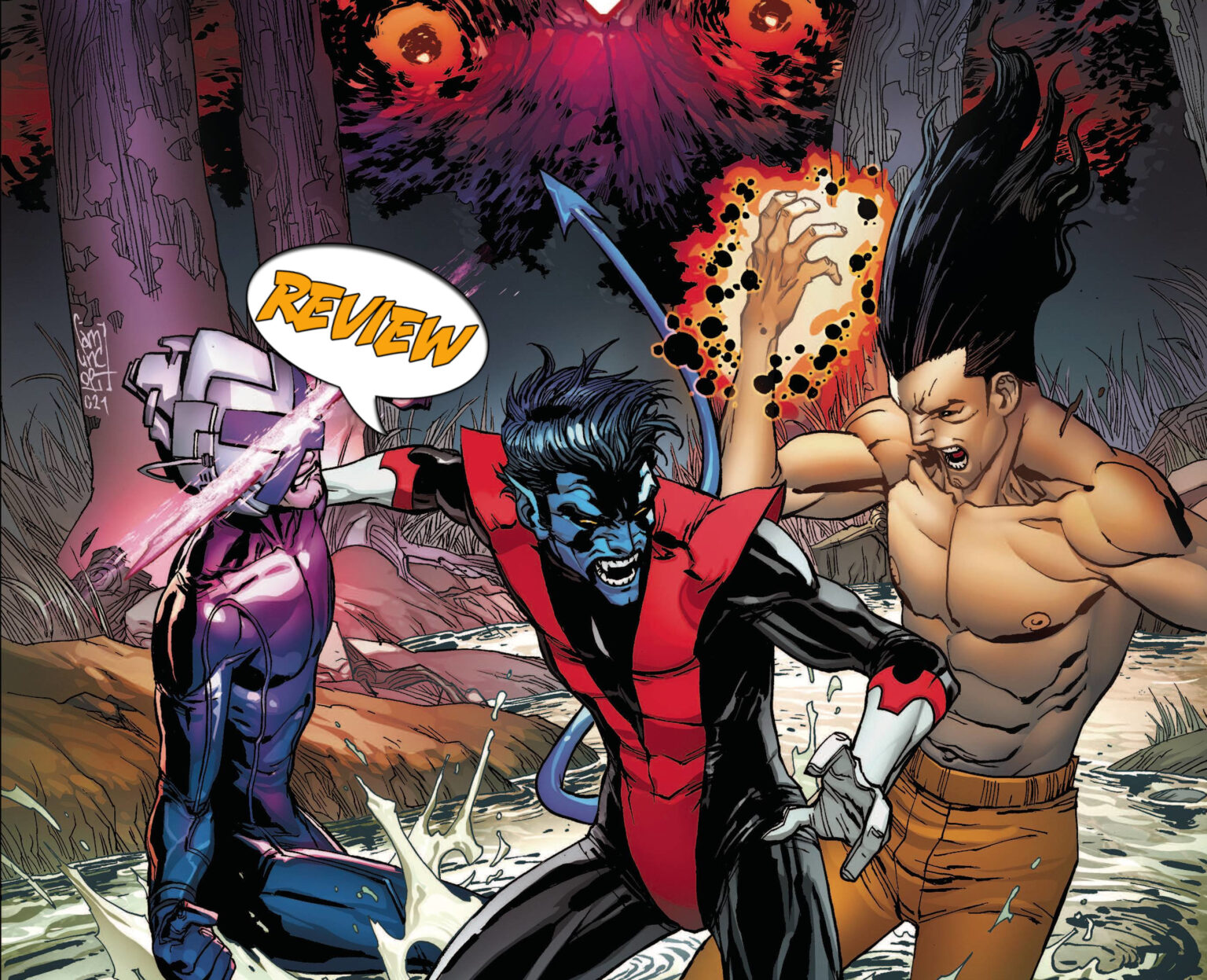 Nightcrawler is tasked with giving Krakoa a sense of purpose and tries to enforce the second law: Kill No Man. Find out if he can fight the temptation of Onslaught in Way of X #4 by Marvel Comics!

Previously in Way of X: Nightcrawler has been tasked with creating a new mutant religion. One that incorporates mutant power of resurrection and terraforming planets in a day’s work. On top of that, there is something creeping in the back of everyone’s mind. Onslaught is putting dark and aggressive thoughts in the mutants of Krakoa.

Way of X #4 begins with Nightcrawler and Legion are talking to Lost to figure out what triggered her attack on Fabian Cortez. Lost tells a story about a girl whose parents were killed but could not get justice. Nightcrawler assumes that Lost represents the girl and Fabian is the killer in this story. Thus, Nightcrawler goes and tries to have a meeting with Fabian Cortez to find the underlying cause of this mystery. Meanwhile, Legion finally meets with his father, Charles Xavier. Xavier confides in Legion that he is worried about the entity that is invaded people’s mind. When Legion reveals that he knows the culprit, Professor X tries to forcefully take that information from Legion’s mind. However, it triggers Onslaught’s influence and everyone near Professor X and Legion kill each other

Nightcrawler finds Fabian Cortez messing with Gorgon’s head in New York. Gorgon has changed after his resurrection. Fabian tries to blackmail Nightcrawler by potentially forcing Gorgon to kill a lot of people. Luckily, Nightcrawler finds a funny alternative to help alleviate Gorgon’s anxiety and Nightcrawler whisks Fabian away to talk to Lost.

In my initial reviews of this comic series, I messed up what the prominent theme was. Way of X #4 really shines a light that Onslaught represents the devil and sin. They even made a subtle reference to the snake in the Garden of Eden. I had no idea that was what they were trying to reference but now that I see it, some of the plotlines become a little more obvious. Lost’s character almost feels like a prodigal son analogy and Nightcrawler is trying to figure out his own purpose. I wonder if we are going to get a God or Jesus comparison by the end of the book. Maybe it is already there, and I haven’t picked up on it yet.

What I couldn’t quite grasp what the conversation between Charles Xavier and Legion. The way they portrayed it didn’t quite make sense to me. We saw glimpses of violence in what seemed like Legion’s mind space but when Xavier touched Legion, it turned into reality. But I am unsure if that interpretation is correct. I’m hoping that when we finally face Onslaught, this particular scene is explained.

Way of X #4 is a solid story that explores complex themes within the new mutant nation. The art is solid, it uses some of my favorite X-Men characters and shows us the faults in the new nation. 4 out of 5 stars for Way of X #4 and I want to know more about the effects of Onslaught on the nation.

Way of X #4 is a series that challenges the nation of Krakoa and shows that it is not as perfect as we are made to believe.