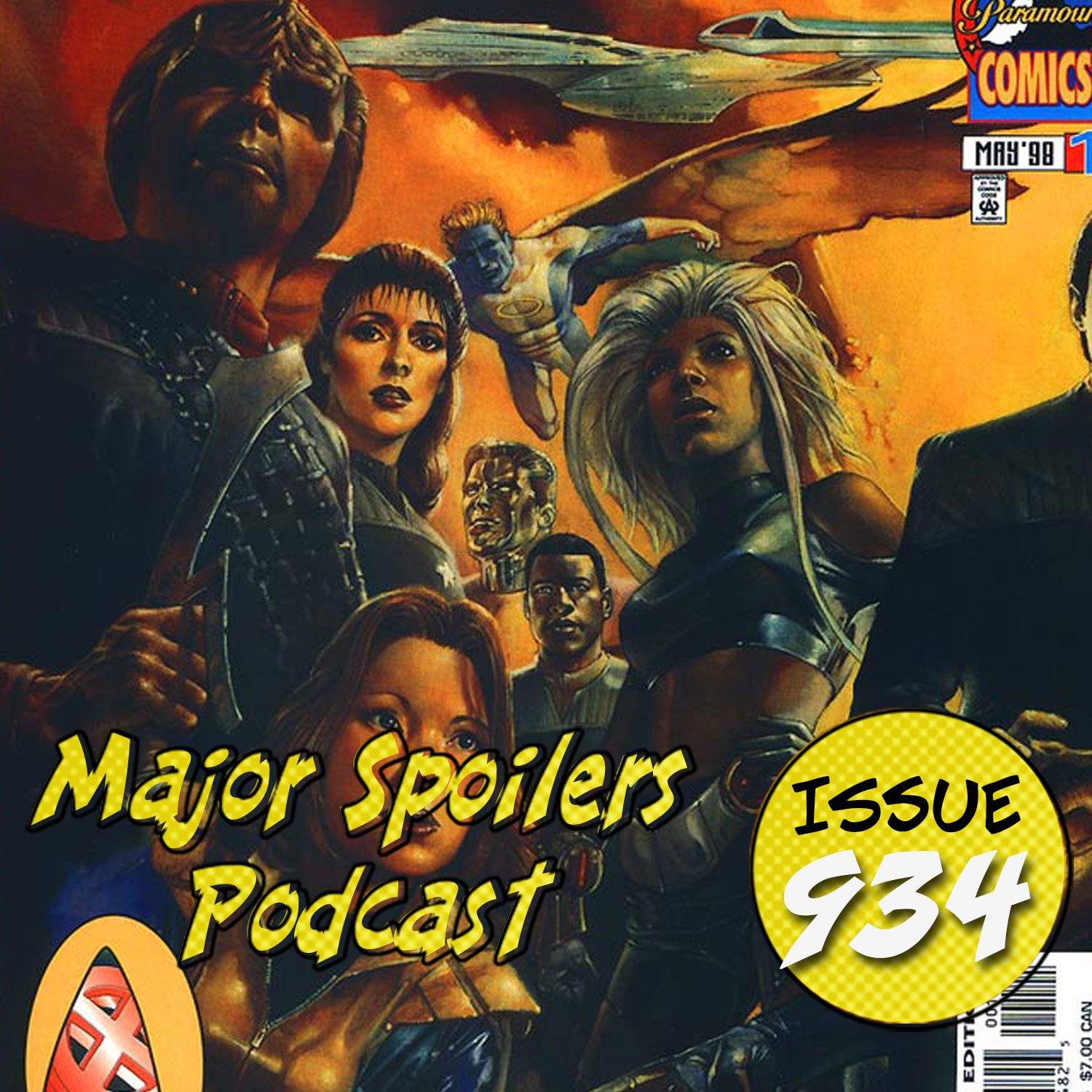 This week, we show how Kang introduced the X-Men into the Star Trek Universe. Also, we review Suburban Dicks, Skybound X #1, Nuclear Power #4, and Betty and Veronica Jumbo Comics Digest #295!

Disney and Marvel’s superhero adventure ” Black Widow ” captured a massive $80 million in its first weekend, crushing the benchmark for the biggest box office debut since the pandemic. The film, starring Scarlett Johansson, is the first from the Marvel Cinematic Universe to open simultaneously in movie theaters and on Disney Plus, where subscribers can rent “Black Widow” for an extra $30.

The sale, to an anonymous bidder, set a record just two days after a copy of The Legend of Zelda sold for $870,000, according to Heritage Auctions. An anonymous buyer has paid $1.56 million for a 25-year-old copy of Super Mario 64 in its original packaging, a record price for a video game, according to the auction house that sold it.

And that’s a wrap on Day 131 & Season One of #Peacemaker. Less than a year ago I pitched a vague pitch to @HBOMax – here we are 11 months later with 8 astounding episodes in the can. Cast & crew: I love you all. Thank you for putting your hearts & souls into this project.

STEPHEN
SUBURBAN DICKS
Writer: Fabian Nicieza
Publisher: G.P Putnam and Sons
Cover Price: $22.99
Release Date: June 22, 2021
Andie Stern thought she’d solved her final homicide. Once a budding FBI profiler, she gave up her career to raise her four (soon to be five) children in West Windsor, New Jersey. But one day, between soccer games, recitals, and trips to the local pool, a very pregnant Andie pulls into a gas station–and stumbles across a murder scene. An attendant has been killed, and the bumbling local cops are in way over their heads. Suddenly, Andie is obsessed with the case, and back on the trail of a killer, this time with kids in tow.

She soon crosses paths with disgraced local journalist Kenneth Lee, who also has everything to prove in solving the case. A string of unusual occurrences–and, eventually, body parts–surface around town, and Andie and Kenneth uncover simmering racial tensions and a decades-old conspiracy. Hilarious, insightful, and a killer whodunit, Suburban Dicks is the one-of-a-kind mystery that readers will not be able to stop talking about.

You can purchase this book via our Amazon affiliate link (https://amzn.to/3hykTS2)

Celebrate a sensational 10 years of Skybound with a cavalcade of your favorite creators and all-new stories of your favorite series past, present, and future! Each issue of this oversized, weekly series will kick off with a new chapter of a serialized THE WALKING DEAD story—RICK GRIMES 2000—by ROBERT KIRKMAN & RYAN OTTLEY!

In addition, we’ll be debuting all-new series and characters every issue, starting with the first appearance of the most requested WALKING DEAD character of all-time: Clementine, star of the bestselling Telltale’s The Walking Dead video game series!

Did we mention new ULTRAMEGA and MANIFEST DESTINY stories?! If you want to know what to expect in Skybound’s next 10 years, it all starts here!

You can purchase this book via the comiXology affiliate link (comixology.sjv.io/JrJooE)

RODRIGO
BETTY AND VERONICA JUMBO COMICS DIGEST #295
Writer: Various, Jamie L Rotante
Artist: Dan Parent, Various
Publisher: Archie Comics
Cover Price: $7.99
Release Date: July 14, 2021
BRAND NEW STORY: “Water Songs” Riverdale is hosting their very own Mermaid Day and Betty & Veronica have landed roles as female pirates! Everyone is impressed with their impromptu sea shanty sing-a-longs, much to the ire of fellow performer Cheryl Blossom! But a siren-like voice comes from out of nowhere, and threatens to blow them all out of the water!

You can purchase this issue via the comiXology affiliate link (comixology.sjv.io/BXxeeq)

ASHLEY
NUCLEAR POWER #4
Writer: Desiree Proctor, & Erica Harrell
Artist: Lynne Yoshi
Publisher: Fanbase Press
Cover Price: $0.99
Release Date: July 14, 2021
October of 1962. The Cold War between the US and the Soviet Union is at its peak when the unthinkable happens: nuclear war. Sixty years later, the remaining 13 states rose from the ashes to form the American Union, governed by the authoritarian Joint Chiefs of Staff and protected by a border wall to keep out nuclear radiation . . . and the individuals who were enhanced by it. Nuclear Power is a darkly poignant alternate history of the Cuban Missile Crisis that posits the lengths to which a government will go to protect (or deceive) its citizens. When the Joint Chiefs’ dark secrets are revealed, will survivors on both sides of the wall join forces to fight for their right to life, liberty, and the pursuit of happiness, or will their differences forever divide them?

You can purchase this issue via the comiXology affiliate link (comixology.sjv.io/oezPPm)