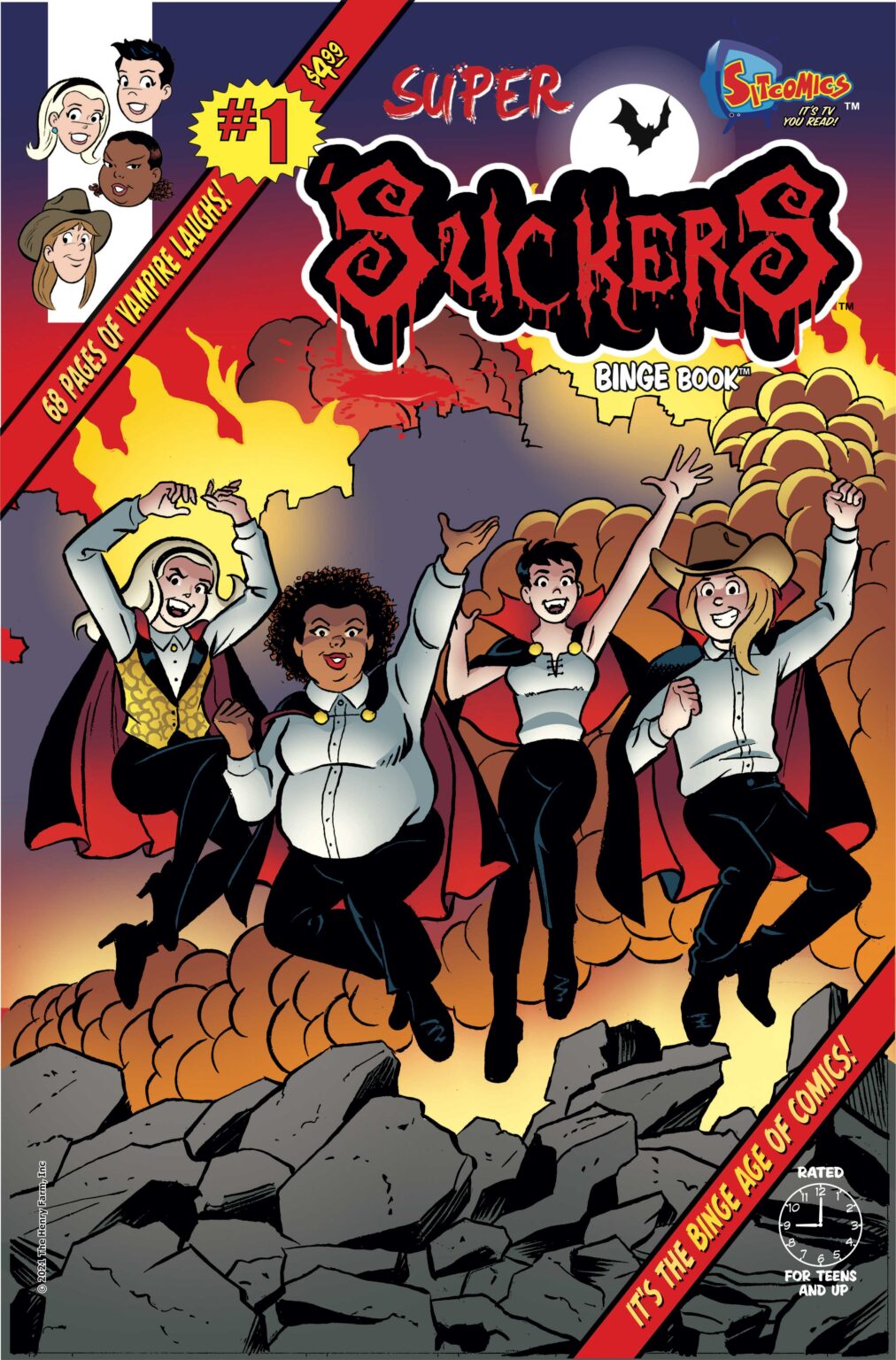 Broadcast TV may be abandoning the sitcom, but comic book publisher Binge Books is picking up the slack with its humor imprint, Sitcomics. The first Sitcomics release through Diamond Comics will be the vampire comedy Super ‘Suckers #1 by Emmy-nominated sitcom writer Darin Henry (“Seinfeld,” “Futurama”) and veteran cartoonist Jeff Shultz (Betty & Veronica). “Super ‘Suckers is a romantic, horror soap-com about two college students who get a rare STD called ‘Vampire,’ which forces them into the world of suck buddies and fang caps,” said creator and Binge Books publisher, Darin Henry. “ If you like to laugh, you won’t want to miss it because I’m drawing on my twenty-five years of sitcom writing experience, and Jeff is drawing on high-quality paper.”

Binge Books’ debut release, The Heroes Union #1, became the first comic book in over a decade to feature the Comics Code Authority Seal on its cover, but the company’s follow-up title Super ‘Suckers has been determined to contain content not in accordance with the standards for carrying the seal.

This release marks Super ‘Suckers’ Diamond Comics debut, earning the distributor’s vaunted “spotlight” status with all-new cover art featuring an homage to rock band Kiss’ fourth studio album, “Destroyer.” Each perfect-bound copy of Super ‘Suckers #1 will also include a unique ‘Suck Army Serial Number’ on its back cover. As a Halloween treat, Arizona comics retailer Samurai Comics will hold a drawing to give away a page of original art from the story to one customer who purchases Super ‘Suckers #1 from its stores.

“Our comic shelves can get crowded with all the titles being put out, so it’s always exciting when we get a chance to feature a fun new title like Super ‘Suckers,” says Mike Banks, owner of Samurai Comics. “We thought it would be cool to use the individual numbering to raffle an original art page and reward one of our customers for giving a new series a try!”