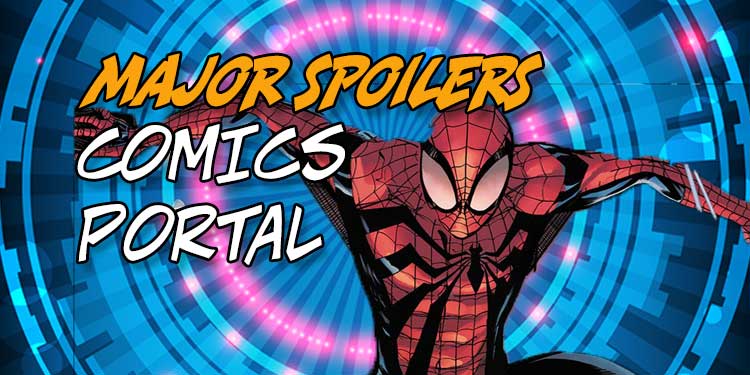 As any long-time comics fan knows, death is only temporary in comic books! Your sales start to diminish, you die, fans begin to miss you, you come back!

That certainly seems to be what’s happening to Peter Parker another time!

See, Ben Reilly first appeared in The Amazing Spider-Man #149 in October of 1975 as a nameless clone of Peter Parker who apparently died with his creator, the Jackal, in that same issue. Did he stay dead? Nahhhh, these are comics, after all! He returned in the “Clone Saga” that took place from 1994 to 1996, which is when he became the Scarlet Spider.

When Peter Parker temporarily stopped being Spider-Man during the “Clone Saga,” Ben became the new Spider-Man. However, in Spider-Man #75 (October 1996), Reilly again died, this time killed by the Green Goblin (Norman Osborn). He sacrificed himself to save Parker, who then resumed the Spider-Man role.

Here’s what Wikipedia has to say about what happened next:

In 2017’s Dead No More: The Clone Conspiracy story, the character is revealed to be alive, his mind forcibly transferred to new clone bodies by the Jackal repeatedly before his resurrection was successful. Driven mad by the experience of being reborn and dying repeatedly, he became the new Jackal and started his own criminal enterprise. After being defeated by Spider-Man and others, Reilly reclaims his Scarlet Spider identity in the series Ben Reilly: The Scarlet Spider. Reimagined as an antihero, he first hopes to escape his past then embarks on a spiritual quest to redeem himself. This arc is completed in “Spider-Geddon” (2018), during which he sacrifices himself to protect others when his life force is absorbed by an enemy who inadvertently absorbs his many death traumas as well. Ben is then resurrected in a new clone body, his mind and soul healed and restored. Due to his many resurrections in different clone bodies, the 2017–2018 comic series Ben Reilly: The Scarlet Spider states he has died and returned more than anyone else in the Marvel Universe, leading to him becoming favoured by Lady Death.

He’s coming back and leaving the role of Scarlet Spider behind, again taking over the identity of Spider-Man. Peter Parker is apparently backing out of his agreement with Mephisto that changed his history, allowing him to wed Mary Jane Watson. Somebody has to be Spidey, right?

In real-life terms, Nicholas Spencer is leaving as writer for the character after a long run. What’s a creator to do after you’ve done everything else to a hero but kill him? Spider-Man Beyond!

Like Spidey has done before, Ben’s getting a thrice-monthly comic, which will require a coordinated effort among several creators. Also, that means he needs a new costume, natch, so the blonde guy won’t be wearing that “new” outfit Peter just got a few months back. He’ll be wearing something similar to when he was Spider-Man before!

And they’re easy to tell apart. Peter has brown hair, Ben is blonde.

The odd thing is that there’s a new Spider-Man movie coming in a few months. People who pick up the comic and find Ben Reilly, not Peter Parker, in the costume just might be a little confused!

I don’t mean to sound so cynical—well, maybe I do since this is a well-worn path we’re about to embark on again. However, there are good things all this can mean.

BEN IS A CLEAN SLATE I have to admit that I really liked Ben Reilly when he first appeared. I even bought the comics he starred in. Something about a Spidey who actually paid homage to the man who raised Peter Parker appealed to me. And I could jump on board easily without buying thousands of issues.

Not only that, he’s a guy who doesn’t have decades of continuity you have to follow. I mean, Peter Parker has gone from hiding from his landlord because he couldn’t pay the rent to being Marvel’s answer to Bruce Wayne, a multi-corporate rich guy. And everything in between.

While Ben has died more times than my attempts at cooking fried rice, he’s not saddled with the same supporting cast. He can make new friends while leaving the long-travelled past behind. When Peter made new buddies, they never stuck around very long. Really.

Granted, I was perfectly fine with Ben being the Scarlet Spider. I also have no problem with Peter Parker being “amazing” as Spider-Man. (Come on, we all KNOW he’s coming back. I again want to start a pool to see who can guess the exact date. I feel this way every time a major character dies.)

My guess as to how this will play out? Ben will be Spidey for about a year, then Peter will triumphantly return. (Because YOU demanded it!) Ben will return to being Scarlet Spider temporarily, then fade into the ether, returning to Lady Death yet again… when sales warrant it.

Still, I like the guy well enough to buy his books. Peter? Well, you could change his costume as many times as you wanted, but I just couldn’t bring myself pick up his titles… even when he teamed up with Wolverine or the Fantastic Four!

WHY MULTIPLE ISSUES EACH MONTH? Again, this three-times-a-month publishing schedule is going to be a temporary thing. There are just too many collectors who like the various Spider-titles for them to vanish forever. They will be back!

But comics take a break every once in a while, especially ones that have been published for decades. You just gotta aggravate the collectors occasionally, making them figure out how to re-organize the comics being released! It’s one of the ways the larger comics companies have their fun, I believe!

It’s not like the folks making the various monthly titles didn’t communicate with each other before! Of course they did! But they had to maintain the appearance of spontaneity so people thought everybody did their own thing! There are a bunch of fans who don’t like it when things seem TOO planned out.

So, for as long as Ben Reilly is back in the Spidey suit, I’ll be buying Amazing Spider-Man. When the sales start to slide, though, Peter WILL be back. Just how long that takes will be anyone’s guess… for now!

What do you think? Will you buy Amazing Spider-Man with Ben Reilly as the “new” guy? Do you have an idea as to just when Peter Parker will return? Do you think I’m wrong as to how this will all shake out? If so, what do you think will happen?  Whatever your opinions, be sure to share your thoughts in the space below!