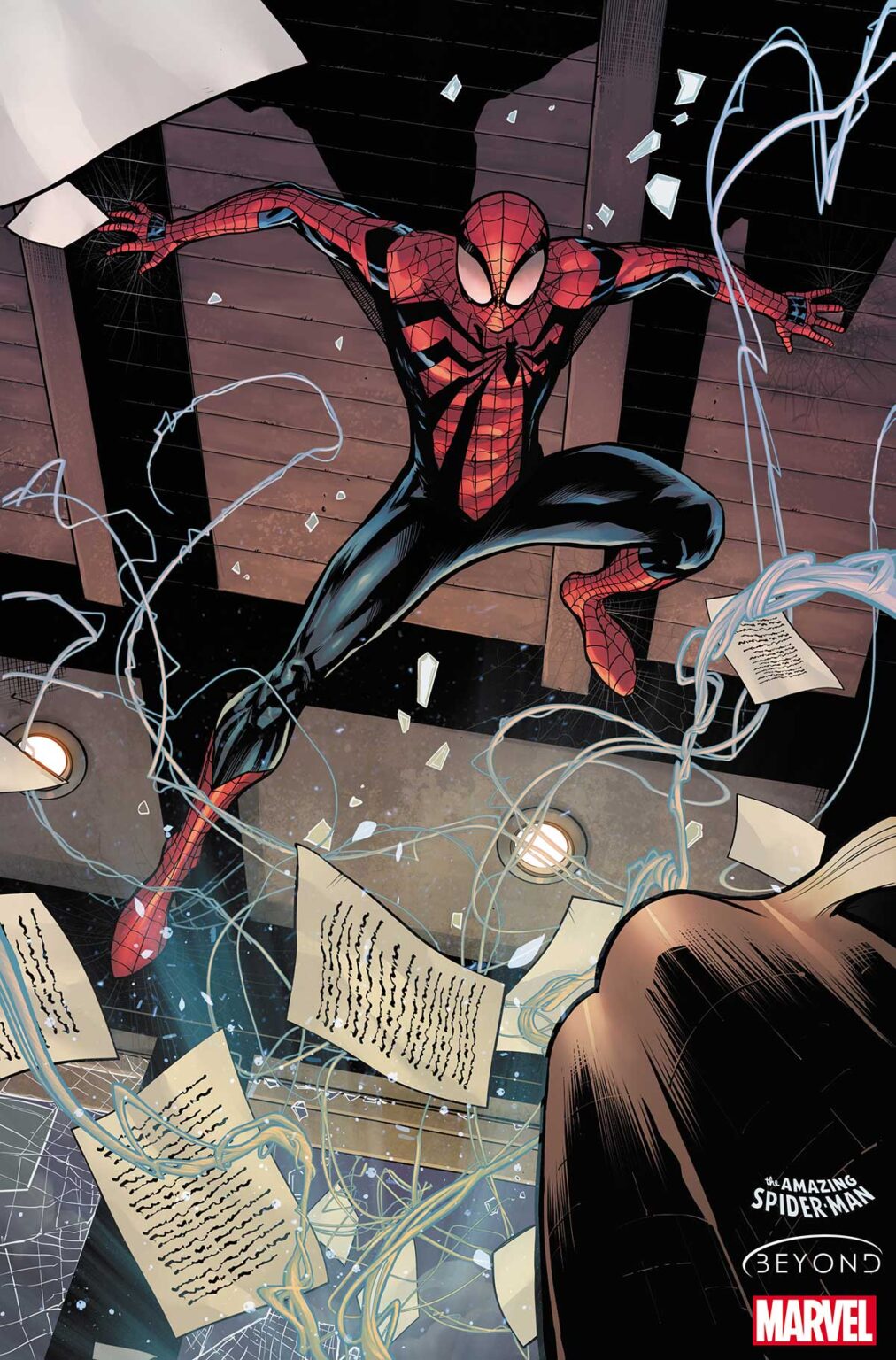 Kelly Thompson, Saladin Ahmed, Cody Ziglar, Patrick Gleason, and Zeb Wells will team up on the thrice-monthly title to shake up the Spider-Man mythos in ways no one will see coming… The saga will kick off in AMAZING SPIDER-MAN #75 where Ben Reilly will return to take back the mantle of Spider-Man. Backed by the Beyond Corporation, the captivating clone of Peter Parker is determined to be the best version of Spider-Man there ever was. And as yesterday’s teasers showed, this could have fatal consequences for Peter Parker… Editor Nick Lowe said,  “The whole point of working on Spider-Man is trying to put new unliftable weights on top of him—physical, metaphysical, emotional, psychological—and seeing if he can lift them. But what if that weight truly is too heavy? What if someone with the exact same skills and formative years could do better? Ben Reilly is back and, with Aunt May and Uncle Ben’s lessons in the back of HIS mind as well, he’s here to step in where Peter Parker failed. Can he accomplish things the original Spider-Man never could? These questions are what sold me on this story.

“When Zeb Wells started building this story it became apparent that it needed a narrative velocity and a team of the best of the best to make it happen. So we gathered some of the greatest writers and artists in comics to join us and the story got even better and bigger and more surprising.

“Zeb has proven through Amazing Spider-Man “Shed”, Spider-Man/Doc Ock: Year One, and Hellions that he will bring the balance of hilarity and emotional devastation. Kelly Thompson’s work on Captain Marvel and Black Widow shows her to be the best mind for character work along with a fearless creativity that will keep you guessing. Saladin Ahmed is the rare writer who walks the tightrope of a book like his Eisner-Winning Black Bolt to his smash hit “Clone Saga” arc of Miles Morales: Spider-Man and his contributions shook us all. Fans from his time at the Distinguished Competition know Patrick Gleason isn’t only an artistic visionary (as proven recently from his Webhead covers) but also a highly-skilled writer whose Marvel debut is going to be the shot heard round the comics world. Cody Ziglar is a new name in comics, but the work he did for the upcoming Disney+ She-Hulk show and Rick and Morty showed us at Marvel that he is part of the next generation of Marvel superstar writers and he has not disappointed here.”