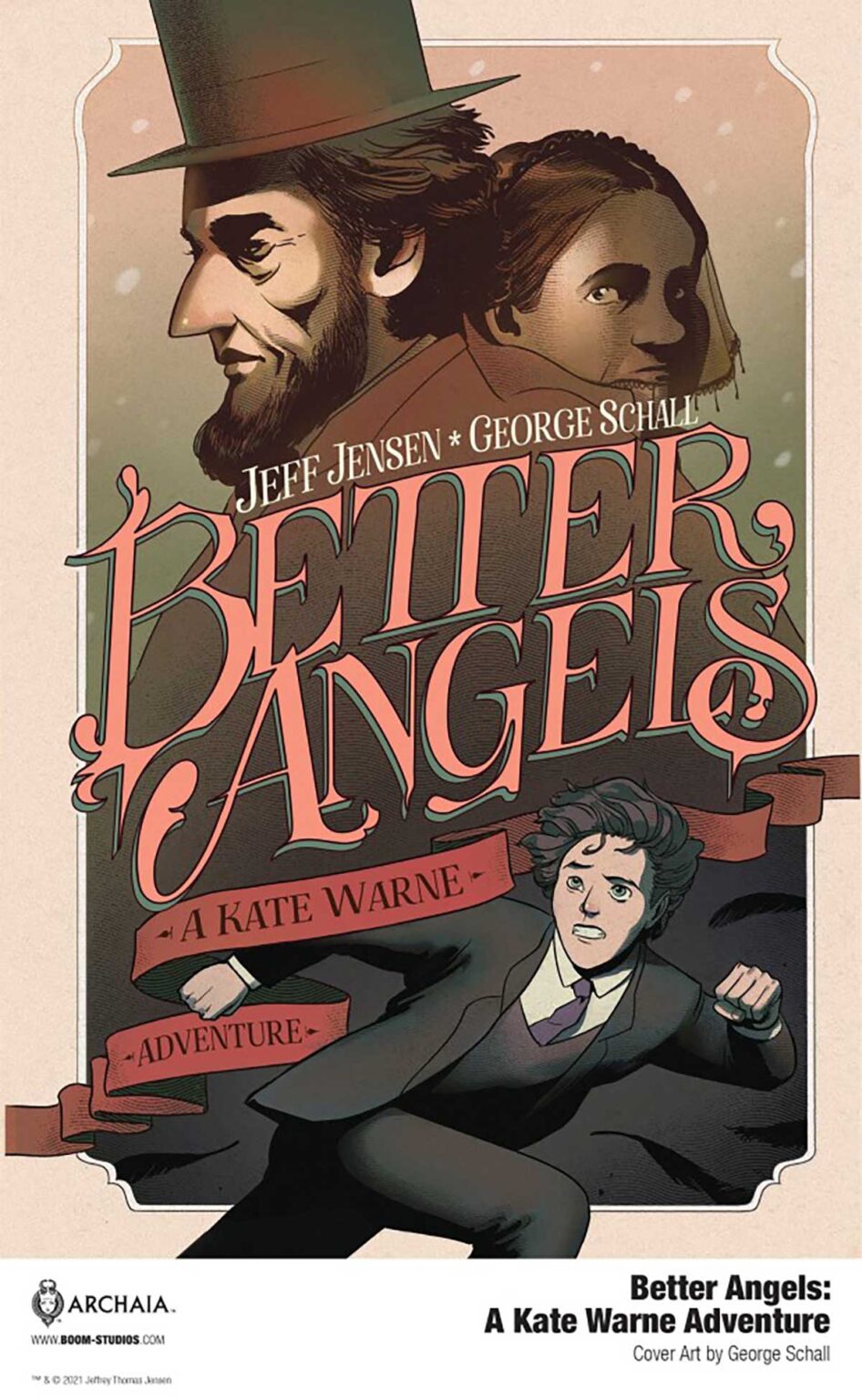 BOOM! Studios has released another look at the upcoming Better Angles by Jeff Jensen and George Schall that explores the adventures of Kate Warne, the first woman detective.

In 1861, America is at a crossroads. Abraham Lincoln, the man tasked with healing the nation, and his family are the targets of a conspiracy to assassinate them. Their safety—and the future of the American experiment—hinges on the success of a new kind of lawman, known by a word still novel in the culture: detective.

But there’s only one detective whose extraordinary cleverness, versatility and mystery made them a singular individual who could save the Lincolns. Her name is Kate Warne. This is the true story of America’s first woman detective, who saved the life of her country’s greatest president and changed the course of history forever.