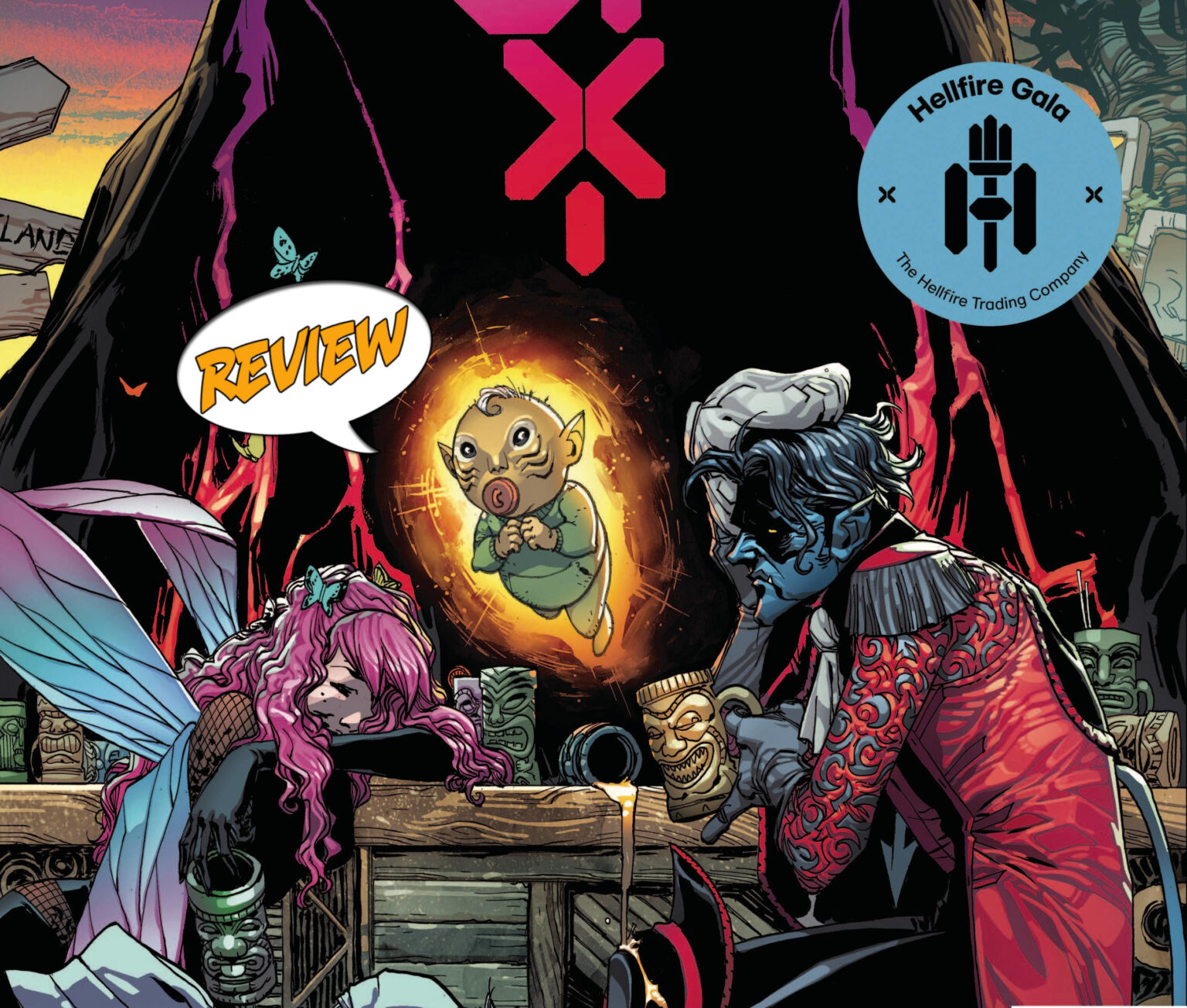 A terrifying foe has infected Krakoa and only Nightcrawler and Legion are aware of it. Will they be able to make it through the Hellfire Gala without blurting out the truth? Find out in Way of X #3 by Marvel Comics!

Previously in Way of X: It is the night of the Hellfire Gala. The Gala where Krakoa shocks the world by terraforming Mars into Planet Arakko! But Nightcrawler has other things to worry about. He has been tasked to create a new religion for the mutant nation. He struggles with this because he is a Catholic in an island that has seemingly conquered death. On top of that, Nightcrawler and Legion have discovered something rotten in the hearts and minds of mutants: the force known as Onslaught.

Way of X #3 starts with the night of the Hellfire Gala and Kurt has one to many champagnes. He goes around talking about the three laws of the Krakoan nature: to make more mutants, kill no man, and respect the sacred land. In his drunken stupor, he accidently reveals things about Onslaught. Luckily, he is too drunk for anyone to take him seriously. Legion and Pixie find two girls trying to be intimate but are unable to due to their powers. They ask Legion to combine their brains so they can be intimate in their mind. But Legion uses this as a trap and lure out Onslaught briefly before chasing it around Krakoa.

Nightcrawler meets with Stacy X who is running a place called the Bower. Bower is a place for people to be intimate with the help of Stacy X’s mutant powers. He also finds the mutant Lost, a mutant who can control gravity, who is taking care of abandoned children. This conversation is interrupted when Fabien Cortez starts a fight with another mutant. Lost recognizes Fabien Cortez and punches him to the ground, seemingly affected by Onslaught. Pixie is able to put Lost to sleep but Onslaught escapes. Nightcrawler and his team sits and thinks that the future of mutant-kind is not children but companionship. So much so that Doctor Nemesis takes the chance and asks Dazzler for a dance.

Way of X #3 questions the societal issues of the new Krakoan nation. When other books are showing off amazing feats like terraforming Mars, this book shows that there are many issues beneath the surface. There is almost a hedonistic nature to the culture of Krakoa. So much so that it feels like the start of a dystopian story. Which is an excellent theme to explore in the X-Men universe and it is unfortunate that this is likely going to be resolved with the defeat of Onslaught in a few issues. I want to see an extended story exploring these ideas, but the X-Men universe can’t stop because I want to see more content in Way of X. However, I hope the creative team can keep this type of tone in future issues.

Nightcrawler is incredibly relatable in this story. Mutant kind has always been on the edge of society but in a nation full of mutants, everyone should be accepted right? Well, it turns out that Nightcrawler has found himself on the outskirts again because he holds a secret that things aren’t the way it seems. Fascinating stuff here and different than any other book coming out of the new X-Men lineup.

Way of X #3 has all the traits that I want in my stories: tension, character development, and a complex and engaging plot. With a solid art style and amazing narrative direction, Way of X #3 is a 5 out of 5 for me. Near perfect for what I want out of a book.

Way of X #3 presents us with the complex reality of Krakoa. Having Nightcrawler as our point of view character and observing society is engaging and exciting.