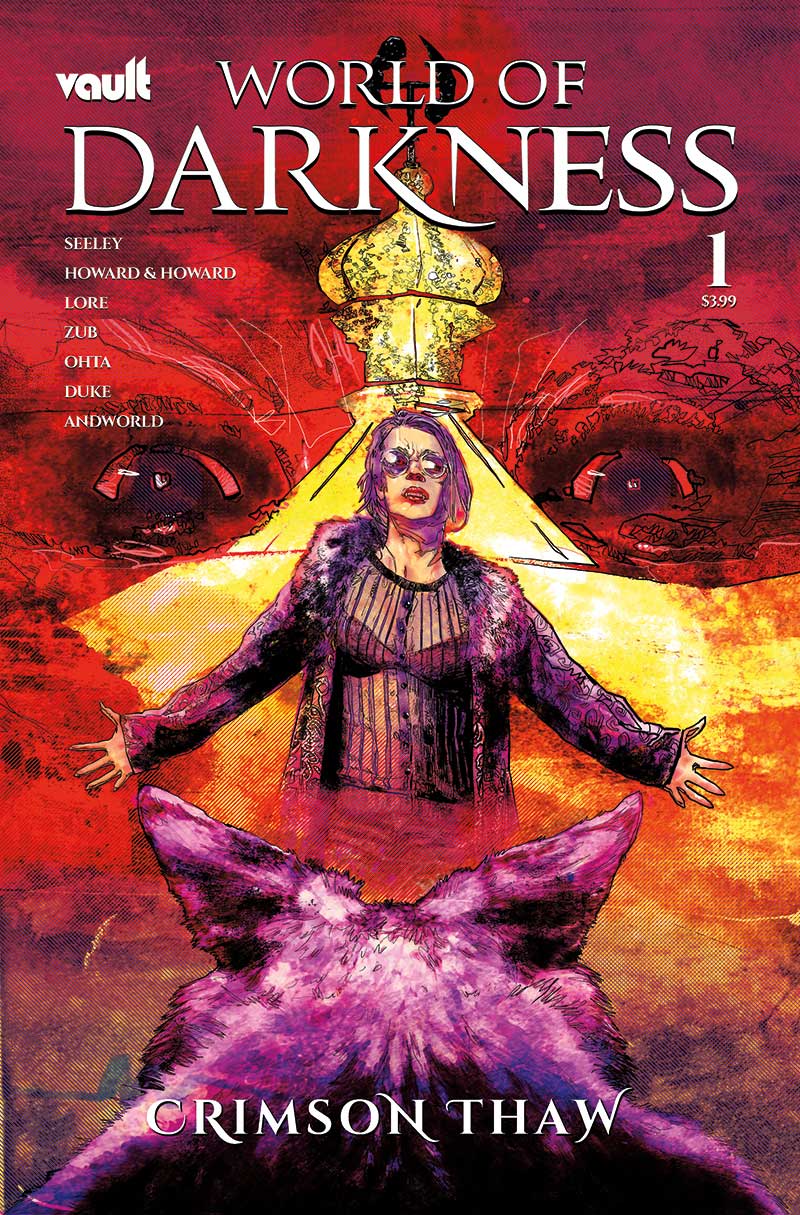 Vampire: The Masquerade fans, now is the moment for you to sit up and take notice of World of Darkness: Crimson Thaw, a newly announced comic book from Vault Comics. In World of Darkness: Crimson Thaw, Cecily Bain has become everything she never wanted as The Prince of the Twin Cities. But her rule over a fractured, backbiting vampire court is interrupted by an intruder—something big, hairy, and full of teeth. For over a century, werewolves of the Twin Cities have protected their blessed places from threats both physical and spiritual. When vampires under Cecily rule move in on one of these precious sites, it’s a declaration of war, one that Tyrell ‘the Stainless’ Stinar and his ferocious pack will avenge at any cost.

World of Darkness: Crimson Thaw is a three-issue mini-series that kicks off in September 2021.