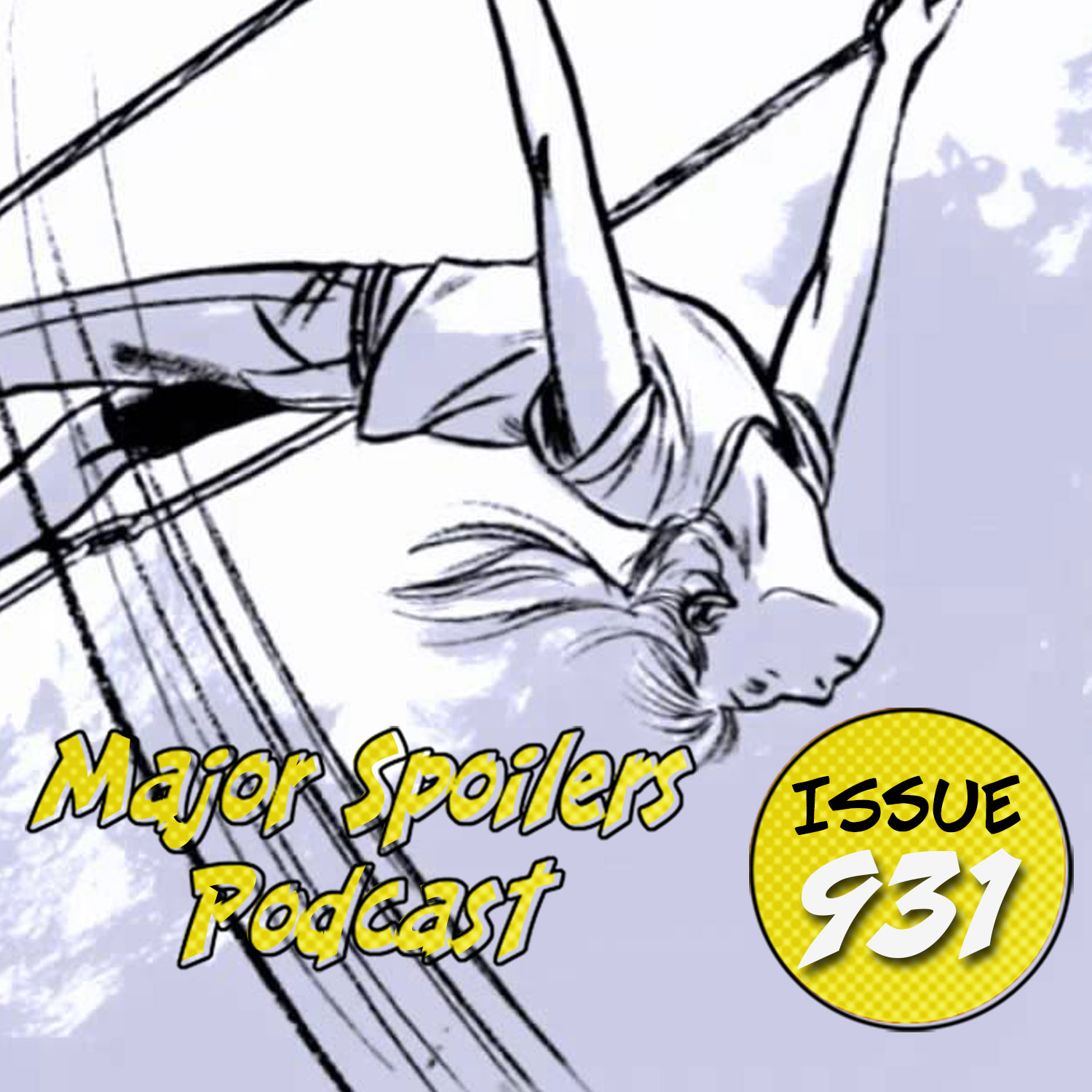 Major Spoilers Podcast #931: This One Summer

One time, at band camp, we sat down to read some comics, play some games, and talk about pop culture. This week, we take a look at This One Summer

EXCLUSIVE: Tom Spezialy, coming off a run as an executive producer on HBO’s Emmy-winning limited series Watchmen, has signed an overall deal with Amazon Studios. Under the pact, I hear Spezialy has joined Sony Pictures Television’s upcoming live-action Marvel series, which reportedly is headed to Amazon’s Prime Video as SVOD distributor.

Continuing its resilient acquisition of higher-profile commercial titles for distribution in the U.S. and Canada, Saban Films has picked up North American rights to “The Hyperions,” an indie superhero movie headed by Cary Elwes (“The Princess Bride”). Saban Films has set a theatrical release for Feb. 2022.

This year’s Free Comic Book Day has been rescheduled to Saturday, the 14th of August, 2021 – fifteen months since the last one. And it seems it will have some other differences, including being sponsored by Coca-Cola.

The ” Transformers” movie franchise will take on the “Beast Wars” storyline from the late 1990s in “Transformers: Rise of the Beasts,” producer Lorenzo di Bonaventura and director Steven Caple Jr. announced on Tuesday. Production is just starting on the feature, but Di Bonaventura and Caple still did reveal a fair amount about “Rise of the Beasts.”

A double-sized issue that begins a storyline so huge that three NEW SPAWN-related monthly titles will spill out from it, including…

A new SPAWN title.
GUNSLINGER SPAWN monthly.
And a new TEAM book bringing a handful of these characters together in their own book.

With this one-shot…the world of SPAWN changes forever! New heroes. New villains, and more importantly, new titles coming to a comic shop near you. Join this list of artists as we unveil a historic moment in the mythology of SPAWN’S UNIVERSE:

When our heroes saved the Multiverse from Perpetua in Dark Nights: Death Metal, everything was put back where it belonged…and we do mean everything. All the damage from all the Crises was undone, and heroes long thought gone returned from whatever exile they had been in.

Most of them, at least.

Alan Scott, the Green Lantern from the Justice Society of America, has noticed some of his allies are still missing in action and he’s determined to find them. There are others, though, who would rather remain hidden than explain themselves, like Roy Harper, a.k.a. Arsenal, a man who should be dead but now is not. Plus, what does all this mean for the DCU’s place in the Multiverse? On opposite sides of a dimensional divide, both Barry Allen and President Superman ponder this question. Not to mention the Darkseid of it all! Or a team of Multiversal heroes called Justice Incarnate!

ASHLEY
LUCA
Director: Enrico Casarosa
Studio: Disney Pixar
Platform: Disney+
Release Date: June 18, 2021
Set in a beautiful seaside town on the Italian Riviera, the original animated feature is a coming-of-age story about one young boy experiencing an unforgettable summer filled with gelato, pasta and endless scooter rides. Luca shares these adventures with his newfound best friend, but all the fun is threatened by a deeply-held secret: he is a sea monster from another world just below the water’s surface.

THIS ONE SUMMER
Writer: Mariko Tamaki
Artist: Jillian Tamaki
Publisher: Groundwood Books
Every summer, Rose goes with her mom and dad to a lake house in Awago Beach. It’s their getaway, their refuge. Rosie’s friend Windy is always there, too, like the little sister she never had. But this summer is different. Rose’s mom and dad won’t stop fighting, and when Rose and Windy seek a distraction from the drama, they find themselves with a whole new set of problems. One of the local teens – just a couple of years older than Rose and Windy – is caught up in something bad… Something life threatening.

It’s a summer of secrets, and sorrow, and growing up, and it’s a good thing Rose and Windy have each other.
CLOSE
Contact us at podcast@majorspoilers.com