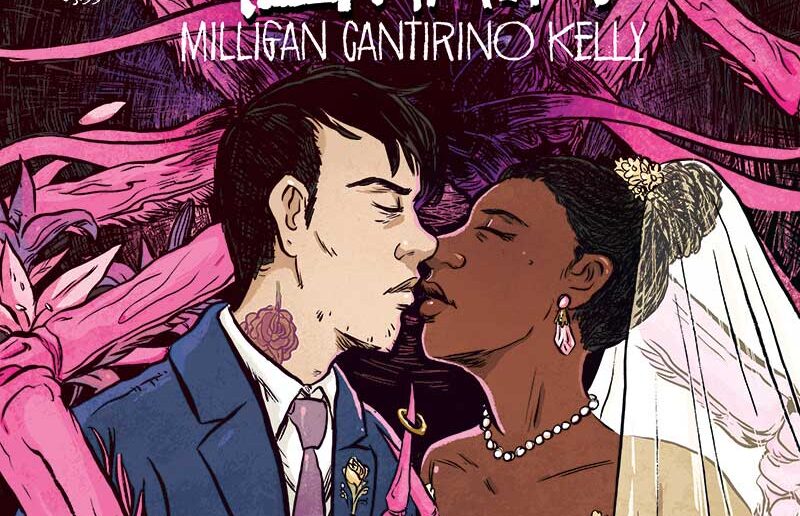 Dax and Bisa love each other. But in this new and terrifying world, love is dangerous. Feeling anything is dangerous. Earth has a new and terrible invader—monsters that deprive us of the very feelings that make us human. A shocking tale of pent-up emotions, perilously loud sex, and forced compsure in the face of unspeakable horror…from one of the most celebrated writers in comics, Peter Milligan and breakout horror artist Sally Cantirino.

“London England, last summer. It was during the first lockdown and my wife and I were walking in Kenwood Park, North London, enjoying the one period of outside exercise we were allowed per day,” said Peter Milligan of the origins of Human Remains. “I watched the people around me, all keeping their distance from each other, all – at least all who had had any sense – somewhat wary. “I was struck by how strange this all was. And I thought about all the things that had recently been so natural that we now could not do. All the touching, socializing, kissing, close-up talking. All that everyday human stuff. It seemed the virus was stripping us of some of the essential qualities of what it was to be human,” Milligan continues. “A thought struck me, how much can you strip away from what it is to be human…before you stop being human?”

Human Remains #1 is scheduled to arrive in September 2021.