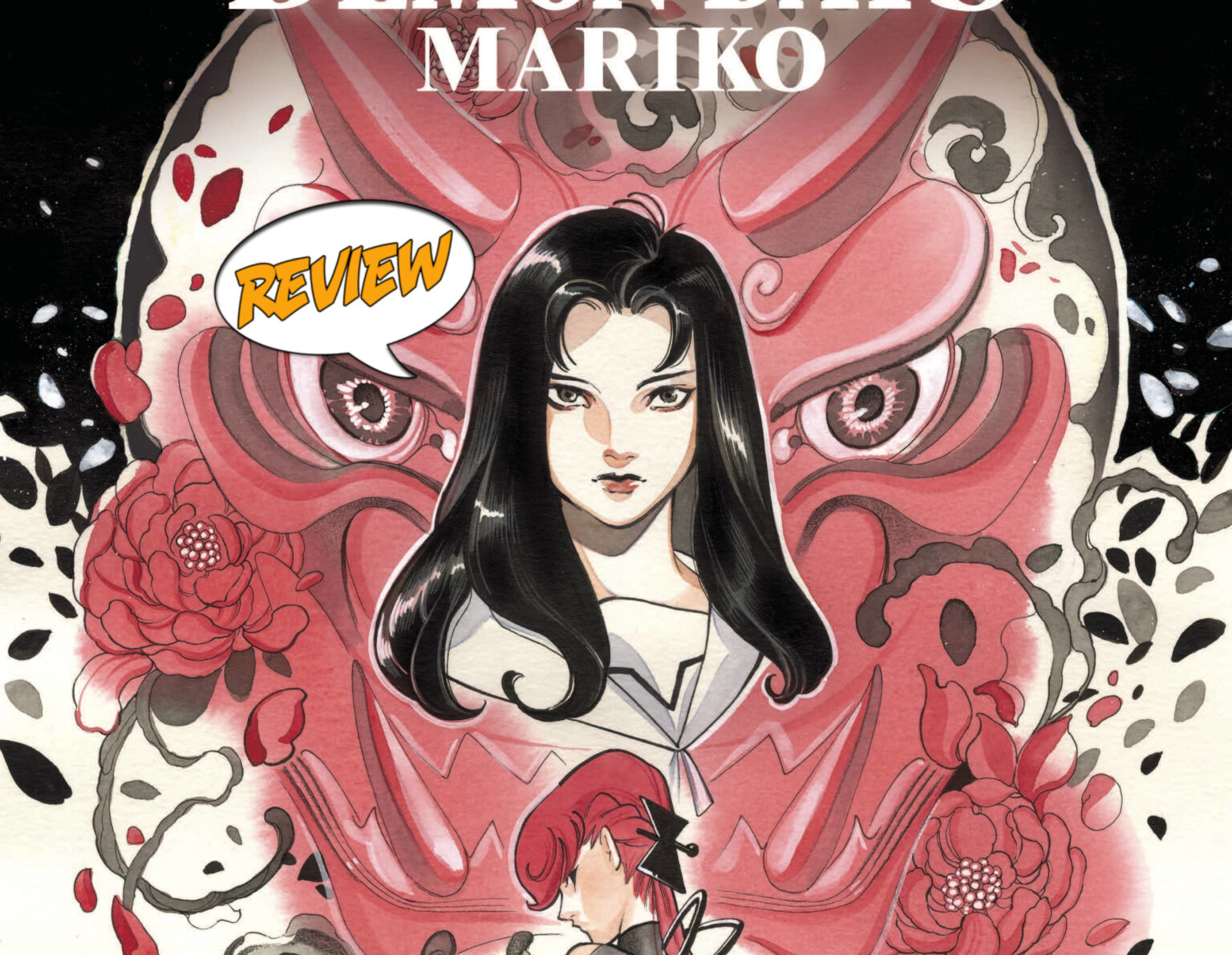 Peach Momoko returns with another interpretation of the Marvel Universe! Come see demons, spirits, and other reimagining of your favorite characters in Demon Days: Mariko #1 by Marvel Comics!

Previously in Demon Days: Demon Days places our favorite Marvel heroes in a world inspired by Japanese mythology. This unique view into the Marvel Universe genre blends in an exciting way for both new and old readers!

Demon Days: Mariko #1 follows the story of a young Mariko Yashida who is plagued by nightmares without a safe outlet to express herself. In fact, when she is bullied in school she almost kills her bully. Her nightmares get worse and worse until she finally approaches her grandmother about it. Pulling Mariko aside from the housekeeper, her grandmother reveals that Mariko is part Oni and gives her a key that may provide some answers. However, the housekeeper is the spy Black Widow. Widow’s mission is to turn Mariko over to Ogin, another Oni who needs Mariko’s blood. Since Widow helped raise Mariko, she has a change of heart and decides to help her.

Suddenly they are attacked! =Widow is taken prisoner for betraying Ogin, and Mariko is invited to Ogin’s palace. Mariko considers her options and decides that facing Ogin is the best way to get some answers. Answers about who she is and what happened to her mother.

When I first heard about the Demon Days Saga, I initially thought about Mariko Yashida and Wolverine. Having Mariko become a protagonist was a strong choice for this new interpretation of the world. In my friend group, Japanese culture has seen a resurgence of interest. Especially around the lore of Yokai and Oni. I swear all the players in my tabletop groups have wanted to play with this mythology for their backstories. Demon Days: Mariko #1 takes a respectable approach to the folklore while also showing a lot of creative expression.

However, I was disappointed in the themes of the story. It seems to try and combine a coming of age story with supernatural elements. Mariko doesn’t have a lot of characteristics that was easy for me to latch on to. Her defining traits are her nightmares and the fact she almost killed a man for playing a prank on her. While the bully got what he deserved, that is a hard topic for me to relate too and therefore makes it hard for me to support her. In fact, Widow gave off sympathetic traits that earned my respect despite only being in a small section of the comic. I hope Mariko becomes more human-like in future issues. If she turns more Oni, then the writer will have to try to find another reason to keep the reader invested.

One last thing, Peach Momoko’s art is amazing. Her style fits the tone of her words perfectly. While not the normal comic book style, it looks solid on the page. And to be honest, I want more of her artwork in the future.

This book has an excellent premise: Japanese folklore meets Marvel Comics. But the main interest is in the setting rather than the characters. I want to see the characters come to the forefront for the next issue while keeping the same integrity to the world that Peach Momoko has done. Great work here and 3.5 out of 5 for Demon Days: Mariko #1 by Marvel Comics!

Peach Momoko has created a beautiful world for us to explore. With a great world setting, it sometimes feel that the characters are secondary to everything else.