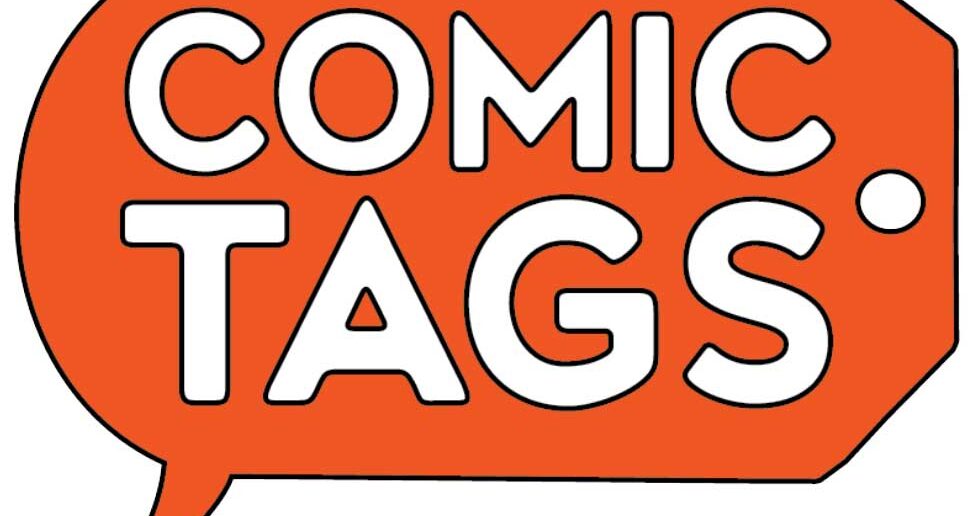 COMIC TAGS is a way to both distribute and collect digital comic books that addresses some of the biggest problems that comic publishers and comic collectors face. COMIC TAGS are a hybrid of comic books and trading cards.

These limited edition collectible cards each have a unique scratch off code to download a PDF copy of the graphic novel featured on the card. They’re attached to hangable backers that open, close, and look like a mini-comic book. These backers have interiors that are pulled right from the comic, giving you a glimpse at what you’re getting and a fun art piece to hang on to along with the collectible card.

Don Handfield, partner and board member of Scout says “I always felt like digital sales for comics were not near the numbers they should be. Digital comics should be for comic publishers what the CD was for the music labels or DVDs were for film studios. But digital comic sales account for less than 8-9% of overall sales industry wide. I think this is because collectors want something they can touch and feel. Collectors want to collect.”

James Haick III, COMIC TAGS founder and President, who also happens to be a partner at SCOUT, came up with a unique solution to this problem with ComicTags. “As a lifelong collector, I have hundreds of comic boxes in my house and storage unit that are difficult to access and unwieldy to handle. I can’t easily read the comics I have collected. Digital comics should solve this problem, but I never loved digital comics because I couldn’t touch them or feel them — so it never felt like actually ‘collecting’ anything.”

COMIC TAGS solves all of these problems. This new patent pending product makes digital comics collectible. Each Comic Tag looks and feels like a miniature comic book, right down to the clear plastic comic sleeve each one comes with. Inside each mini ‘comic’ cover is a limited edition collectible card that contains a unique code that allows the bearer to download a digital PDF of the comic book pictured on the card.

COMIC TAGS have a price point lower than buying typical print and digital trade paperbacks. Most graphic novels are priced between $14.99 and $29.99 each. 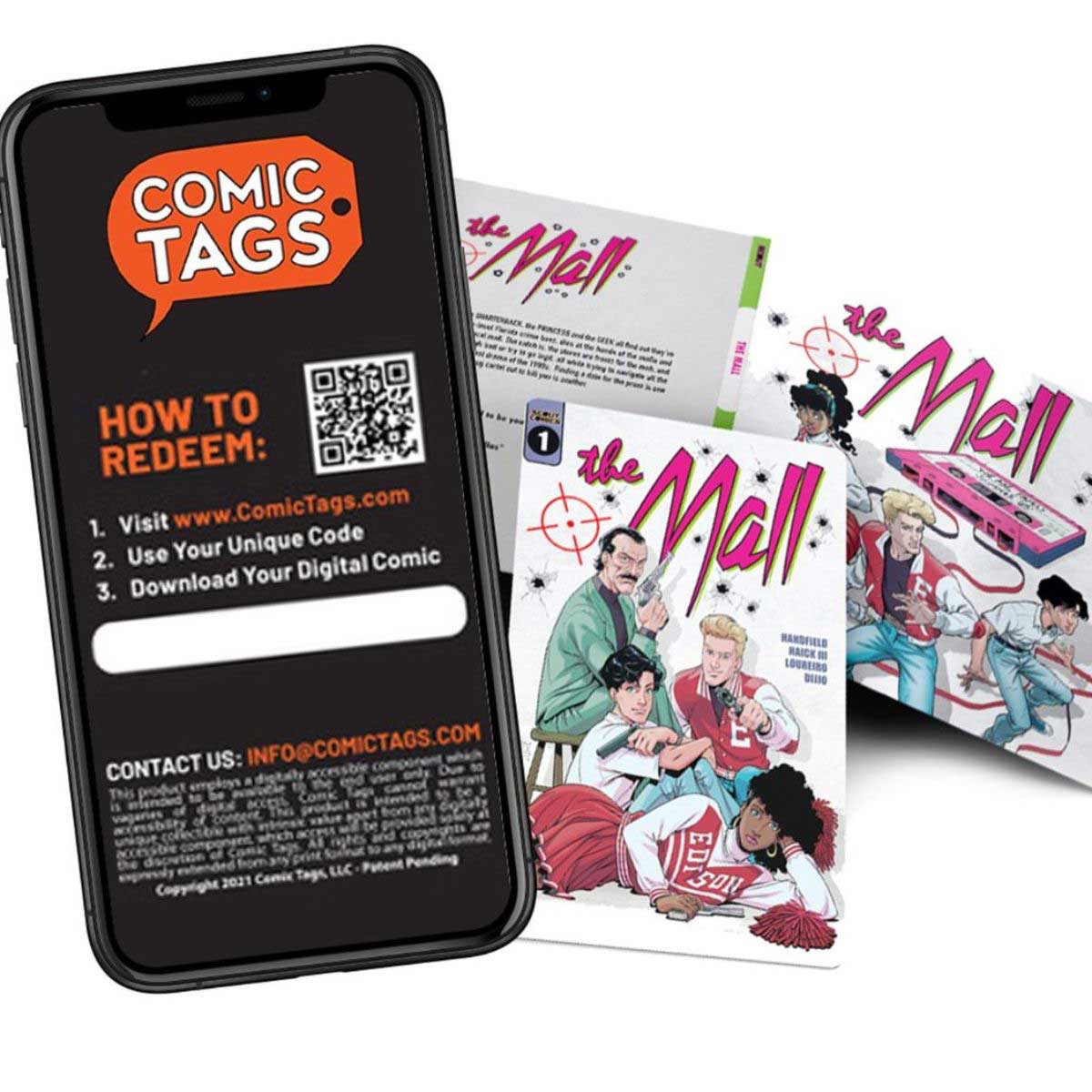 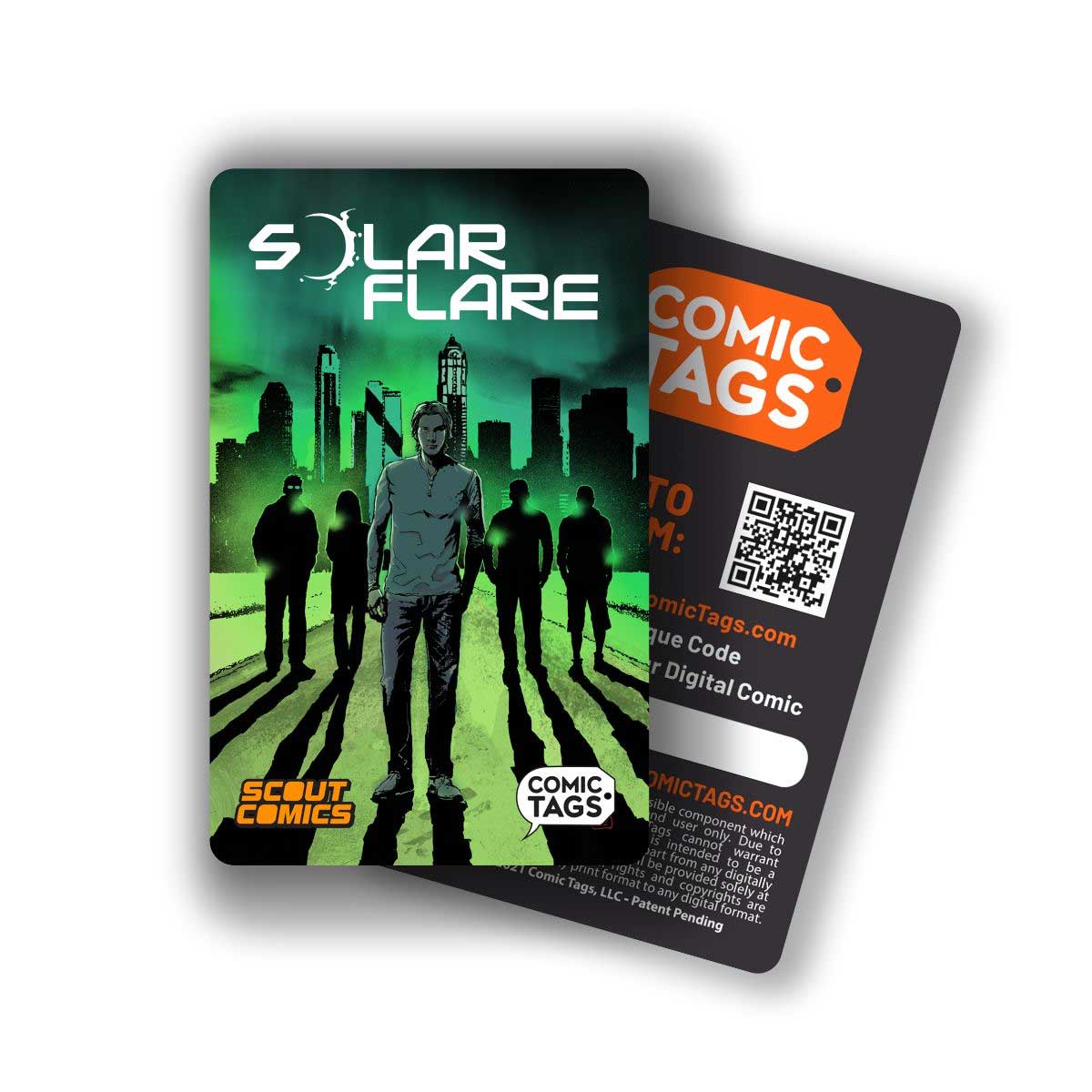 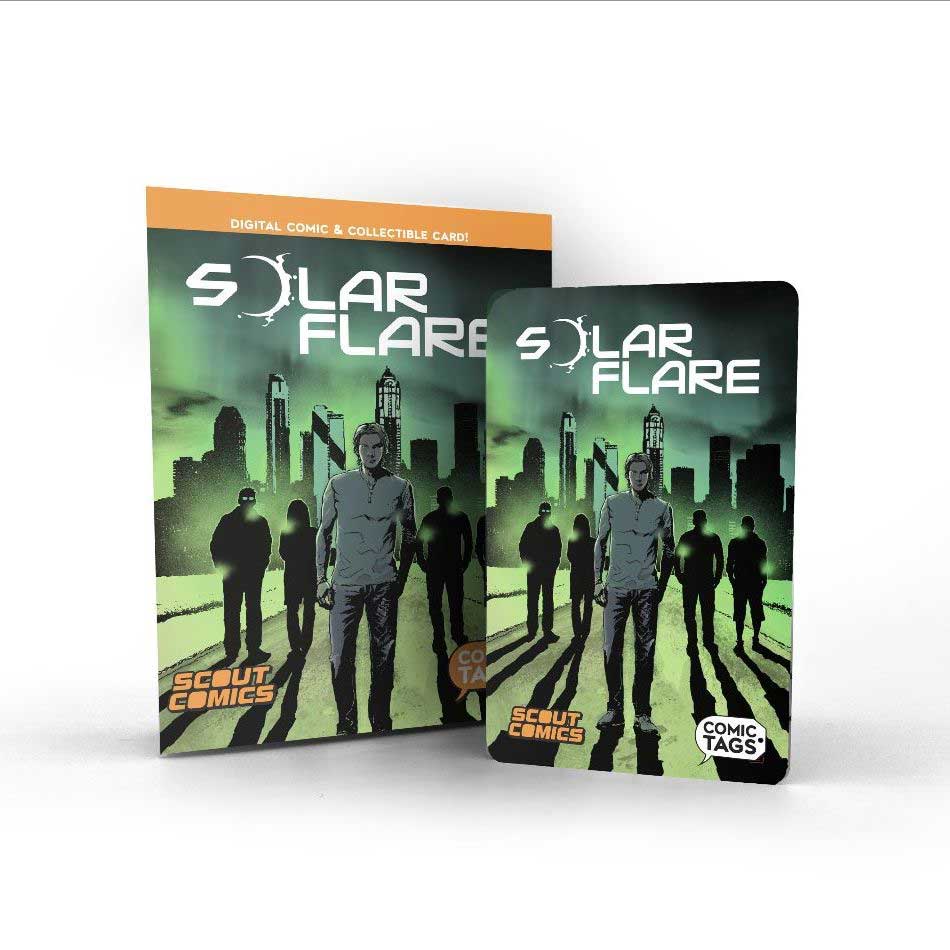 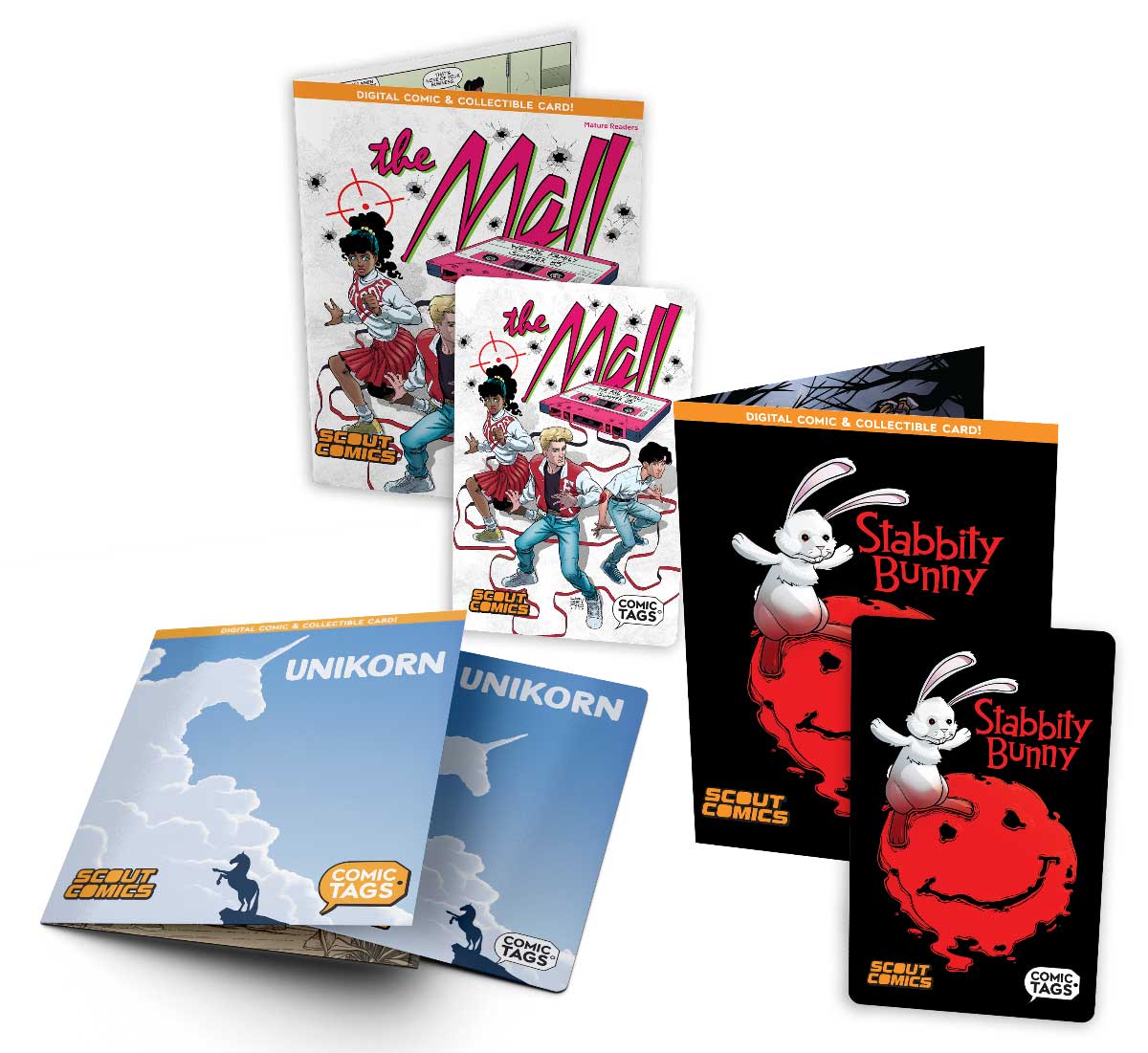 The first wave of COMIC TAGS are launching at a retail price of only $6.99 each. For collectors, it’s a fraction of the trade paperback price. For publishers, it’s a whole new product line and profitable way to sell their digital books.

COMIC TAGS first wave of releases will be some of the most popular SCOUT COMICS series to date. Eight (8) titles in total featuring THE MALL, WHITE ASH, MINDBENDER, STABBITY BUNNY, IT EATS WHAT FEEDS IT, GUTT GHOST, SOLAR FLARE & THE SOURCE are available now, with more titles — and more PUBLISHERS coming on board in the future.

Comic Tags will be tailored to each publisher’s library with custom special variants, holographic chase cards, limited edition foil and metal cards and of course one-of-a-kind limited edition and artist signed variant covers. It’s a new way for collector’s to pick up some of their favorite series, and a way for publishers to put both new and back catalog titles into the market in a fresh way.

“The collectible card market is an international, multi-billion dollar business. So are comic books. By combining these two collector favorites, we not only give collectors a new way to collect and read their favorite titles, but also provide a new revenue stream for publishers, creators and retailers. We are in talks with other publishers now and expect to have more Comic Tag publisher partnerships to announce very soon,” said James Haick III.