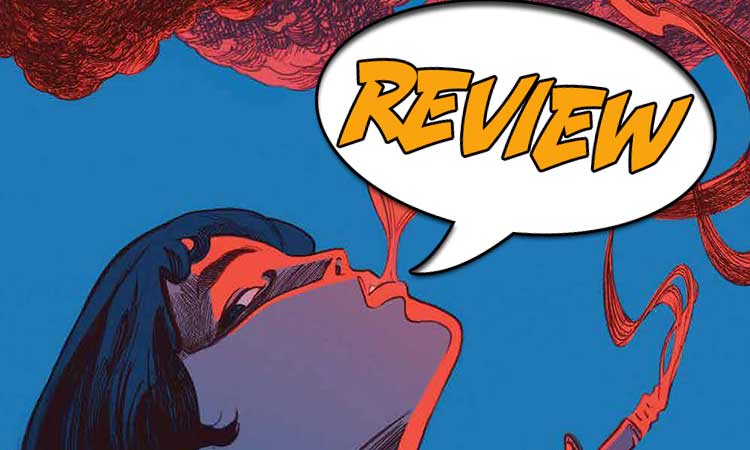 The Many Deaths of Laila Starr #3 Review

Laila Starr, former avatar of Death, has another heart-to-heart with Darius Shah. But who is learning from whom? Find out in The Many Deaths of Laila Starr #3 from BOOM! Studios. THE MANY DEATHS OF LAILA STARR #3

Previously in The Many Deaths of Laila Starr: The avatar of Death is downsized and given the opportunity to live out her life as the mortal, Laila Starr. She decided to try to kill the human, Darius, who will discover the secret of eternal life. She fails her first attempt and dies when she is hit by a truck. Eight years later Laila talks with a funeral crow who takes her to a funeral. For the first time, she learns about death from the mortal’s point of view. She also meets a young, grieving boy who ran away from home to attend the funeral of a man who he considered a friend. When his parents come and find him, Laila learns that he was Darius – just before she drowns.

DEATH MEETS THE END OF INNOCENCE

When The Many Deaths of Laila Starr #3 opens, we think we have recognized a pattern in the story. But this time we have a new narrator talking about Laila Starr and how in this chapter of her life, she has turned to mortal pleasures – food, drink, sex…and cigarettes. The narrator is her current cigarette. It is novel, and brilliant, and an effective storytelling device.

Laila goes back to the party, leaving her cigarette in an ashtray where it is picked up by the adolescent Darius Shah, who is also at the party. He is briefly alone, until his girlfriend Danika joins him, kisses him, and breaks up with him.

A breakup must come from somewhere, and the narrator eloquently takes us back to Darius, Danika, and their other friend Zaffar at the abandoned pillow factory where they spent much of their time. The factory’s motto, “We don’t just make pillows, we make dreams,” particularly suits the themes of this book. This was Zaffar’s secret place. He shared it with Darius, who then brought Danika. Darius didn’t know he was in a budding love triangle; maybe none of them knew. But now, at the party, he’s facing a breakup for the first time.

He sees Laila Starr. She sees that he is smoking her cigarette. He gets a twinge of recognition, and they talk. He tells her about the breakup. Then it turns out he fought with Zaffar about Danika – and then, caught up in a mob and a fire, Zaffar dies. And because he is dead, Darius never had a chance to patch things up with him. It’s melancholy and very human. Laila talks to him about death, about loss, about how precious the memories are.

Later in the apartment, there is a fire, probably started by a cigarette. And in it, Laila Starr dies. Pranah, the god of Life, brings her back. Their interaction is fascinating. She feels she is no longer needed, but he is still much loved. But he says, “I’m nothing without you.” That is a rich thought right there. Without death, would life mean as much as it does to us?

LIFE AS A BLAZE OF COLOR

The art in The Many Deaths of Laila Starr #3 is so lovely. As briefly as we see Zaffar and Danika, and as briefly as Darius is this age, they are wonderful drawn as young people. They’re all at the age where innocence gradually gives way to the experience of life, the experience you can only get by living through it. And in each of them we see moments where they have crossed over. Darius, I think, is the last to be hit hard by growing up. Even as chance brings him face to face with Laila Starr, and he confides in her, her own revelations about life fall flat to him.

I really like the use of color to add flavor to the story. The party gives us a subdued psychedelic palette in aquas, pinks, and violets that emphasize Laila giving herself over to the hedonism of life. When Darius sits where she had been and takes up her cigarette, the bright colors continue. When they finally meet, the colors shift; they step out of the party to where things are more purple. And later, there is the connection between the red of the mob and the fire that killed Zaffar, and the freak fire that kills Laila Starr again.

The Many Deaths of Laila Starr #3 is not without a touch of humor, but I really enjoy how it looks at some of the big questions about life from an intimate perspective that shows us how they connect to all of us.

The Many Deaths of Laila Starr #3

Like ships that pass in the night, Laila Starr keeps finding Darius Shah and losing him before she realizes it is he.