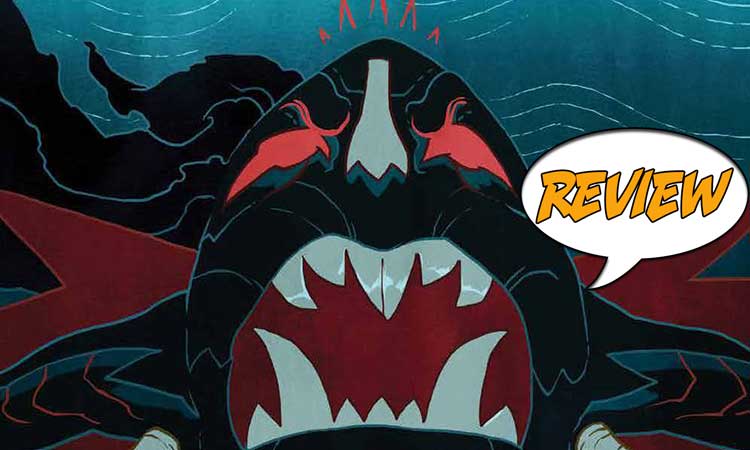 Wynd and his friends are on their way to meet the Duke when their ships are attacked by Vampyres! They make it to shore, but can they get away? Find out in Wynd #7 from BOOM! Studios. Previously in Wynd: The young people (Wynd, Oakley, Yorik, and Thorn) have fled Pipetown and just barely manage to escape the clutches of the Bandaged Man. Back at the castle, King Yossar orders Basil to open the River Gate, which has not been opened in decades. A couple metal clad ships glide in and dock, allowing the Vampyre General Zedra to disembark. She and Yossar are uneasy allies. The King’s brother, the Duke, has Allies in Faerie and if Yorik joins him, it could upset the balance of power. Zedra is happy to bring the Prince home and kill the others – for a price. The young people reach one of the Duke’s ships where Yorik comes face to face with his cousin – his gregarious, strong, good-looking cousin – and his insecurities come flooding back.

Wynd #7 opens in Pipetown where Titus is awakened in prison. He shares a cell with Thorn’s father, Ash, and a guard tells them they have been summoned to the Castle. Instead, Basil meets them. There is tension between Ash and Basil, because Ash blames him for putting Thorn in danger. The delightful optimistic Titus says he doesn’t care if he is going to hang; protecting the kids was the right thing to do. But that isn’t what Basil has in mind. The Queen wants him to tell the Duke about the King’s alliance with the Vampyrium. He can’t travel outside alone, and he trusts these two men and their expertise to help him.

On the ocean, one of the ships explodes as the Vampyres attack. Oakley and Wynd have no idea what is going on. One of the seamen tells them to get to shore. Wynd will not leave without Thorn, and they find him, injured and unconscious. Oakley grabs him and Wynd flies them all to land, where they find that Thorn’s wound is serious. Wynd goes to where the other ship’s boats are landing to look for help. The crew are busy rescuing more survivors. Yorik, never at his best under pressure, accuses Wynd of leaving him behind. Wynd tells him that Thorn is badly hurt. Yorik orders his cousin to tell someone to help, but as it turns out, Prince Bastian is trained as a medic, and he offers to help out. Wynd flies him up.

This leaves Yorik to walk back up to the top of the cliff with Bastian’s friend Teek, whose name Yorik can’t remember, so he calls them Beak. Poor Yorik is just the epitome of rudeness and selfishness. Meanwhile, Bastian pulls the piece of wood out of Thorn’s side and, after Thorn passes out, stitches the wound closed. Oakley is the first to spot the Vampyre ships landing, and the three of them look on in horror as the Vampyres attack. Bastian breathes his cousin’s name in dread – just as a cross Yorik arrives.

After Bastian hugs him in relief, he gives him a dressing down for being rude to Teek and calling them by the wrong name. Then Yorik accuses him of killing Thorn, and Wynd explains he just passed out. Then he insists on going back to the beach and Oakley calls him an idiot. As I said, it is not Yorik’s day. But the young people regroup and rapidly come up with a plan. They should be within a day’s walk of the Faerie city of Escalion. Bastian has a map; Wynd can scout from the air; they can carry Thorn. But they must hurry, because the Vampyres can hunt them by scent.

Wynd #7 is full of action. The Vampyres attack at dusk. Their ships are submarines in part, so the explosions literally come out of nowhere. Against the peaceful, dusk sky, the flames, smoke, and flying shards of timber stand out . In a few short panels, we feel all the chaos of the attack. I like how Wynd immediately thinks of his friend Oakley, trying to protect her. But he also thinks of Thorn, and she is supportive of him and helps him with the rescue. These two have grown up a lot since their story began. Wynd especially, after he got his wings, looks more like a wiry young man and less like a boy.

We also get to see more of the wilds of this world. Nature and its relation to Faerie was previously introduced, but now we see it with a little more awe. The trees at the clifftop where Wynd lands are enormous, making the young people look tiny in comparison. The view has great depth, showing us that the giant trees are not a fluke; the whole forest is full of them. And miles away, Basil, Titus, and Ash ride through another section of forest full of giant trees with gnarled roots. Basil makes the observation that we see illustrated – he didn’t expect to feel so small. And Titus replies that it’s good to feel small; sometimes when we think too much of ourselves, we get carried away. He has a lot of wisdom.

BOTTOM LINE: IS NOWHERE SAFE FOR WYND AND HIS FRIENDS?

Wynd #7 is exciting, setting up well for future adventures. The big conflicts are more serious than we might have expected from the first arc and I love the interplay of the various motivations characters have for doing what they’re doing. Friendship, love, and growing up are all as much a part of the story as the adventure is.

Shortly after they get to safety, Wynd and his friends find themselves under attack by a new enemy.