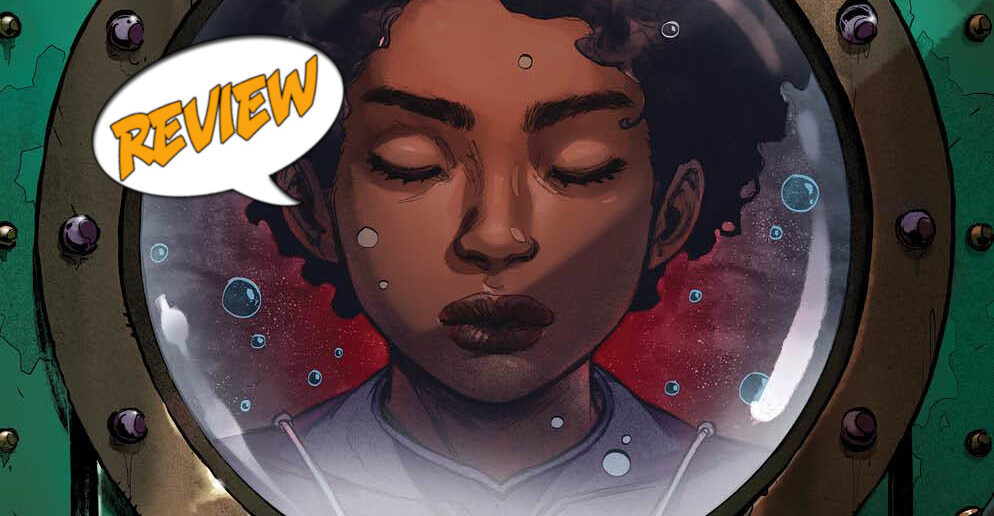 Eve woke up to a world that has been destroyed and is on a journey to figure out what exactly is going on. Will she survive on this trip with mutants hunting her down? Find out in Eve #2 by BOOM! Studios. Previously in Eve: Society has killed themselves. When the icecaps began to melt due to global warming, a group of scientists worked hard to save what they can. Eve wakes up from stasis in this new reality where she meets Wexler, an android that has taken the form of her old teddy bear. Looking onto the remnants of New York City, she begins her journey in this dangerous world.

Eve #2 starts with Eve’s father on a space station called Osiris where he and a group of scientists are able to create plant life. Meanwhile, Eve leaves New York City and is quickly attacked by mutants. Wexler stays behind to fight off their attackers while Eve moves forward. After the polar icecaps melted, there was a deadly virus that was released. A virus that made people hungry. They ate animals, then plants, then people, and then even inedible resources.  By being out in the air, she is also becoming infected. Wexler is unable to catch up with Eve and she treks ahead alone. However, Eve runs into a group of people!

WEIGHT OF THE WORLD

I feel bad for Eve. She has this quest that has been forced upon her and she doesn’t even fully realize what is going on. Humanity killed itself and now the pressure is on her shoulders to fix it. That isn’t fair for the character, and I find myself very sympathetic to her cause. This is a theme that the writer set out from the start but it just kind of sucks that this could be a real reality for us. I’d hate for my daughter to have this responsibility.

I found myself very engaged with the content right from the first page of Eve #2. I think the creative team has done a great job educating me while also presenting me with a solid character. The fact that Eve looks up to the sky to talk to her mother is quite fascinating and gives us a strong characterization. Great work here.

This is a strong recommendation for me. I enjoy a theme that forces us to think about the consequences of our actions. The art is engaging, and the writing is spectacular. Eve #2 earns 4.5 out of 5 from me. I am looking forward to next issue.

The theme of global warming is presented in a way that is engaging and relevant to modern day life.