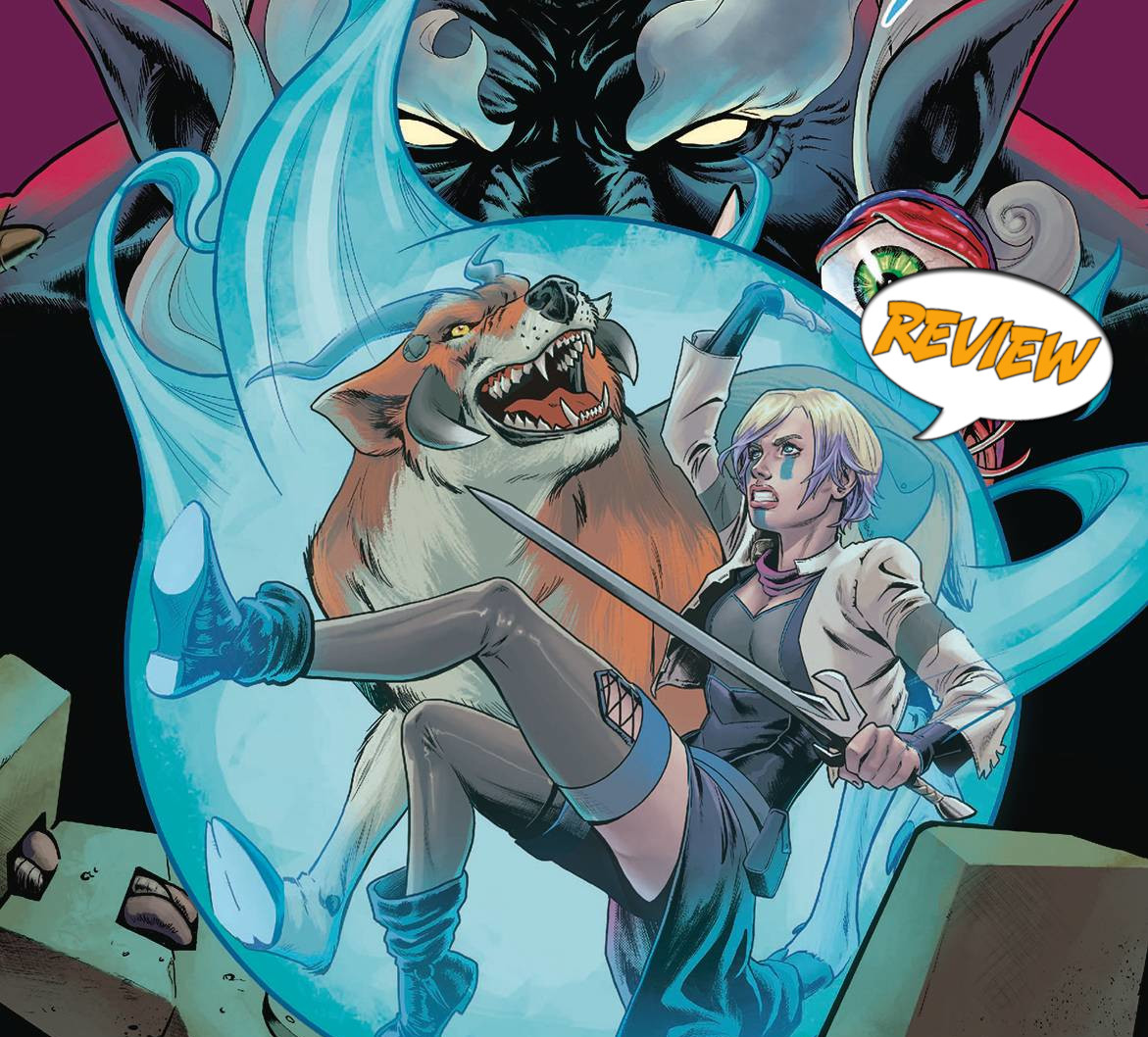 By the Horns #2 Review

Elodie and Sajen have found two unicorns in the procession of Futen, the Dark Demon of the Western Wind. Find out what happens when they knock on his door for a chat in By the Horns #2 by Scout Comics! Previously in By the Horns: Elodie hates unicorns after they murdered her husband. Her hatred has led her to a path to destroy all unicorns! Following her in this quest is Sajen, a half wolf/half deer animal companion. On her journey, she has found herself in the city of Lycus that has been taken over by an evil wizard. But Elodie doesn’t care about that, all she cares about is the unicorns that he has!

Elodie wakes up from a nightmare of her husband’s death by unicorns. Armed with the vivid dream, she heads to talk to Futen about his unicorns and where to get more information. She is greeted by a floating eyeball named Evelyn who is a reanimated giant’s eye. Though surprised at first, Evelyn seems rather friendly. Futen however takes immediate interest in Sajen but when he realizes he is not a gift for him, he directs anger at Evelyn. Elodie decides to take up arms and prepares for battle but is clearly overpowered. She sees two unicorns in a cell and the unicorns offer Elodie their horns, which she uses to stab Futen! Now that the wizard is dead, they head back to Lycus and Elodie must ponder if she is going to kill these unicorns after they saved her life.

I must pay respects to the creative team for reminding me what has happened in issue one. I was quickly reminded what Elodie’s motivations are and a new reader to the series will be able to pick it up easily as well. This is so rare for many comics (that I read at least). Normally, I’m struggling to be reminded what is going on and the only thing I struggled with was remember the name of the city they were saving.

Revenge is such a common theme that I tire of. This story presents the theme very well and uses all the common tropes in an engaging setting. But I guess I’m “revenged fatigued”. Which doesn’t imply the story is bad, it just not the story I want at this moment. I just want to emphasize that the story is extremely well written, and a unicorn hunter is a super cool premise. The art is engaging, and I loved the interpretation of Futen, which is a creature from Japanese mythology. I just am not digging the story tropes that much.

This is a great book that is certain to be a good miniseries. With engaging art and a solid protagonist, there is little to be upset about. Elodie is a solid believable protagonist, and the world is filled with intriguing elements. 4.5 out of 5 from me. Great work here.

By the Horns has an engaging setting that the protagonist exists in. I'd pick this one up just to see how cool a unicorn hunter actually is!