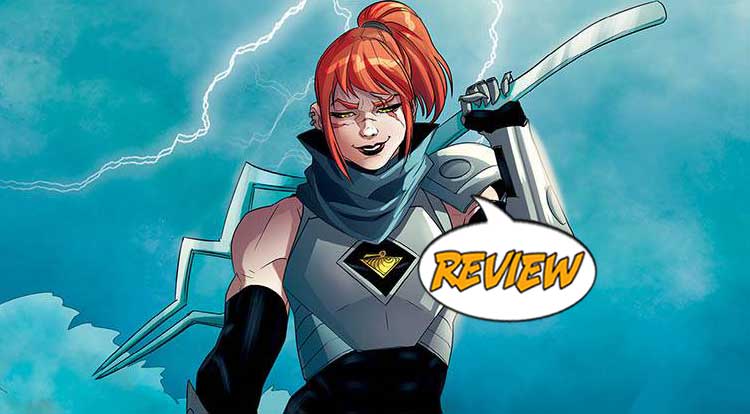 The Crisis Command thought the truth could save their adopted world…  but it’s just made everything worse.  Your Major Spoilers review of Commanders In Crisis #9 from Image Comics awaits!

Previously in Commanders In Crisis:  Frontier has journeyed from the birthplace of ideas to the dawn of civilization, all to find a way to resurrect empathy…  but what if resurrection was never what we needed?  Frontier and Originator dive right into that question in a face off with Doctor Dracula as the Extinction Society begins its final push…  to kick us all off the edge and into destruction.  The Revenge Regiment strikes!

GOING FORWARD, NOT BACK

After her jaunt into Lightning World and a power boost of conceptual nature, Frontier returns home to apologize to her team.  They’re all unsure, but having tried to protect their world from the truth of its upcoming demise has convinced the rest of the Crisis Command of her sincerity in trying to protect them.  With her new powers, Frontier has come to the revelation that they can’t just resurrect murdered Empathy, but instead need to create something new… and that’s where Originator comes in.  The rest of the team gets waylaid by a group of villains who are clones of The Executrix, who is herself an alternate version of their leader, leading to a four-on-three battle that ends quite badly for them.  With the entire team on the ropes and Prizefighter bleeding on the pavement, the issue ends with a newscaster broadcasting in horror the moment that may mean the end for the team… and for their world.

Tinto and Orlando have made every issue of this book feel like the big summer crossover of a pre-existing comic book universe, and this one is no exception.  Indeed, this time around The Crisis Command have a revelation that is one of the hardest to pull off in superhero fiction: The realization that, by saving people for as long as they have, they’ve conditioned the population to think that they can’t save themselves.  The swirling madness of isolation and self-serving interests sweeping through the civilian populace feels very real and very relevant to the year 2021, but as we enter the final issues, there’s suddenly some light at the end of the tunnel.  Tinto’s art is the star of this issue, especially in the battle sequences, featuring six very different characters who all share the same face and genetic material.  The fact that you can tell that they’re all clones but also identify who is who in every panel is remarkable, showing off a kind of range that many comic book artists simply wouldn’t have.

BOTTOM LINE: THE BOOK YOU SHOULD BE READING

With three issues left to go, Commanders In Crisis #9 sets up the final conflict and the seeds of what I hope are the team’s final triumph, but does it all with precision and care, with Tinto providing lively art and a plot that has a lot of moving parts while still remaining clear, earning 4.5 out of 5 stars overall.  I’ve been saying for months that comic fans, especially those who love old-school universal crossover madness, should be reading this book, and this issue only provides more grist for that fire.  You really should check it out.

Things are reaching the point of no return, but Frontier's idea once again changes the game with another clever concept, and the tension is ratcheted up with precision.