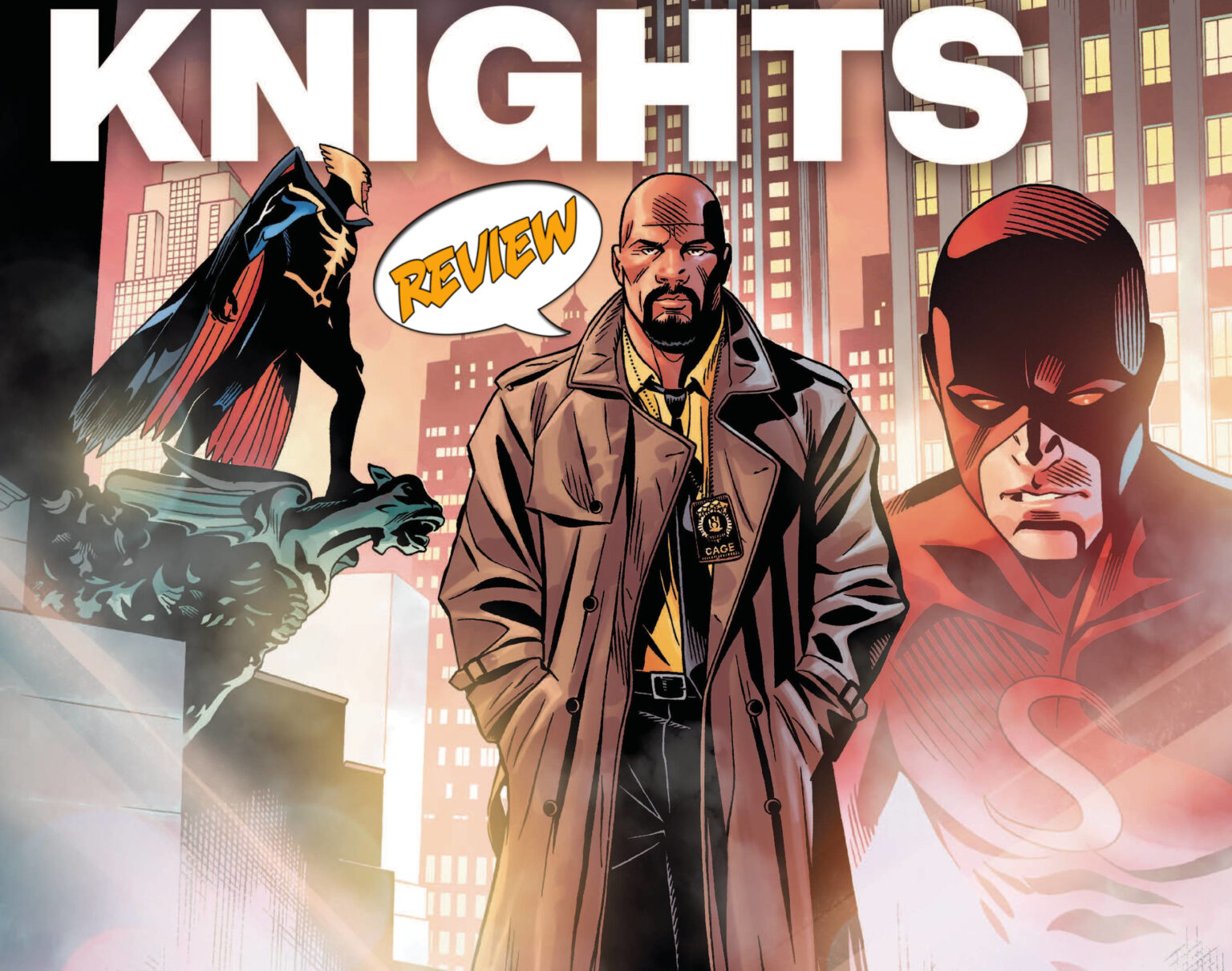 Luke Cage is the police commissioner in Washington D.C. and a friend of Nighthawk. When a new vigilante appears, Cage finds enemies all around him. Find out more in Heroes Reborn: American Knights #1 by Marvel Comics!

Previously in Heroes Reborn: Reality has been tampered with and the Avengers were never formed. Luke Cage never became a Hero for Hire and instead found himself as Police Commissioner in D.C. He works closely with Nighthawk to keep the city safe.

Luke Cage is a brutal but honest police commissioner working in a corrupt police force. His actions have made him a target for the Turks who have put a hit out on him and the man who took the job is a Lieutenant Sanders, a cop known for excessive force. Additionally, there is a new man that has been called “The Saint” working D.C. and beating up on people. Luke Cage wants to put a stop to this guy before he goes too far, and people start getting the wrong idea about the law. While investigating, he arrives at the Church of Mephisto and sees Cleric Matt Murdock working there and inquiries about this new vigilante.

Luke Cage hears that there is a murder of a man in police custody and his team realizes that Matthew Murdock is the killer. The police arrive at his church to corner him. Luke Cage walks in to talk to Matt. Matt was trying to impersonate Mephisto and his symbol was meant to represent a snake not a saint. After convincing “the Snake” to turn himself in, Luke escorts him out to see Sanders order the cops to shoot on both Matt and Luke. Luckily, Nighthawk is there to save Luke Cage!

A FUN PLAY OF IDEAS

Matt Murdock being called a Saint instead of a devil in a world where Mephisto is the main religion is insanely clever. This interpretation is engaging and incredible and it is unfortunate that Matt Murdock doesn’t have any of his powers or skills to become the man he is in normal continuity. This reads like a rushed Batman comic that features Gordon instead of Bruce Wayne. These slight poking and prodding of themes are fun and enjoyable to read. Great writing done here.

I liked this comic. Unlike some of the other issues in the Heroes Reborn run, Luke Cage is not a bad guy. He is just trying to do the best he can with the cards that he has. I was a little disappointed in the art, it didn’t catch my eye this time around. However, a safe 3.5 out of 5 for this book from me!

Seeing Luck Cage and Matt Murdock in these roles in a clever play on ideas that I wish was explored a little more.