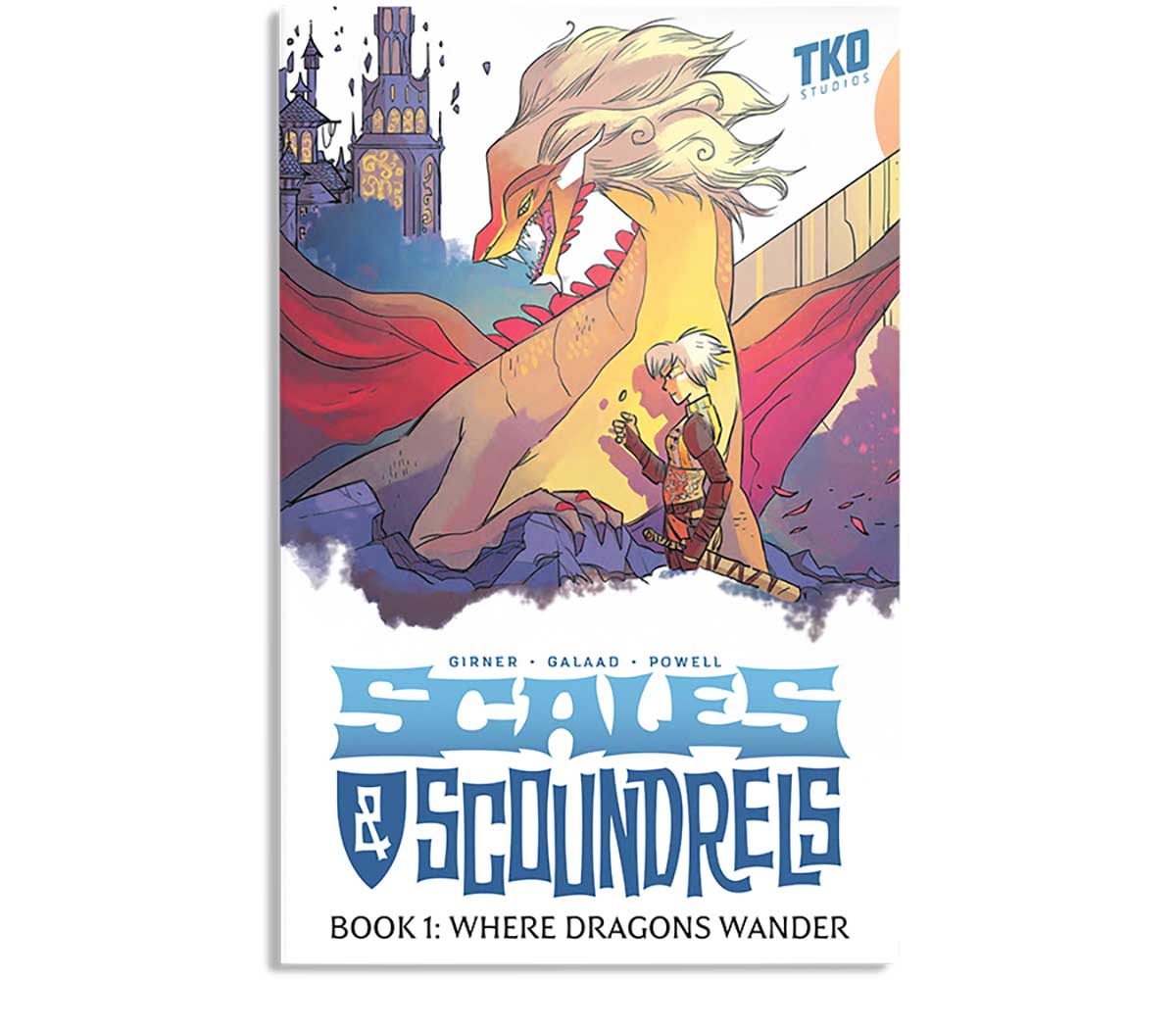 TKO Studios has announced two new, revised and expanded definitive editions for Scales and Scoundrels that are available now.

Written by acclaimed comics writer Sebastian Girner (​SHIRTLESS BEAR-FIGHTER!) and the lush, vibrant artwork by French comic artist and animator, Galaad. This gorgeous, multicultural fantasy adventure follows young treasure hunter Luvander in her search for gold and glory. Along with her companions – a prince, his stern bodyguard, and a plucky young dwarf – Lu dives into an epic journey and discovers a secret that will bring light to a world encroached upon by an ancient darkness.

Scales and Scoundrels is available now.