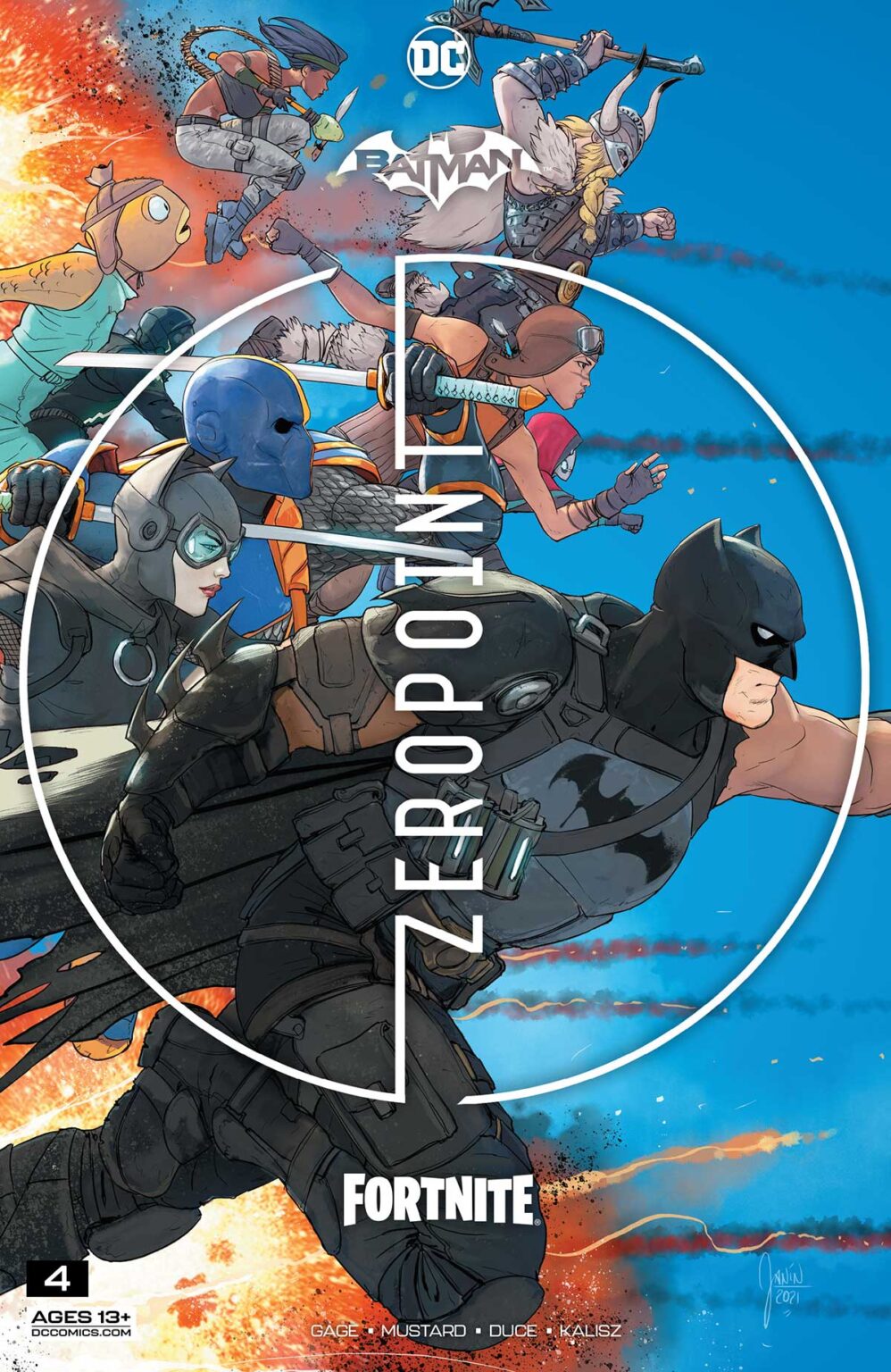 Batman has broken free from the Loop and the endless cycle of combat. Now free to explore the Island without limitation, the World’s Greatest Detective will discover secrets about the world of Fortnite never before revealed in the game or anywhere else. Just one thing…he’s not alone. Not only is he met by a rogue faction of Fortnite bandits who have ALSO escaped the Loop–Eternal Voyager! Bandolette! Magnus! Fishstick! And a few others–there’s someone else trapped, someone who is trying to get free from the world of Fortnite…someone deadly. Will Batman recognize this familiar hunter-for-hire, and even more importantly, will he trust him? Just because Batman’s out of the Loop doesn’t mean the fighting is over…

Each print issue includes a redeemable code for a bonus digital cosmetic in Fortnite inspired by the comic. Get the new Rebirth Harley Quinn Outfit with issue #1. Digital issues of Batman/Fortnite: Zero Point downloaded from DC UNIVERSE INFINITE (US only) will also include these bonus digital codes.