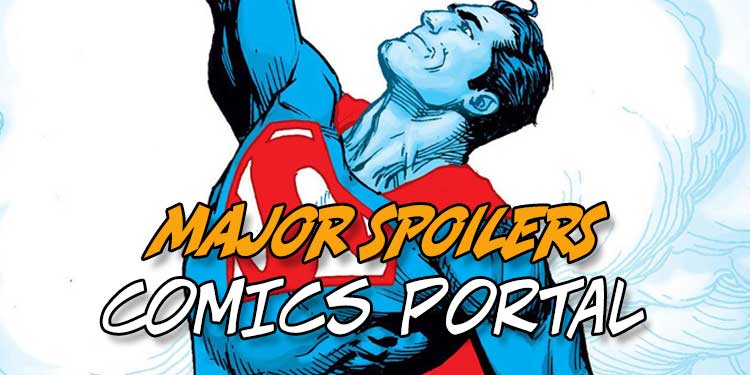 I’ve been noticing that some comics companies have actually been releasing short stories—with a “colorful” twist! I often buy DC’s digital-first comics because I like the stories they’re telling that way. However, I noticed that they aren’t the only ones putting out “color”-oriented comics.

Let me give you a few examples. DC has had successful runs with Batman: Black and White. I saw Harley Quinn get into the action with her Harley Quinn: Red and Black run. Then I noticed they have recently been putting out Superman: Red and Blue. Look for Wonder Woman: Black and Gold coming soon.

Can Robin: Red, Green, and Yellow be far behind? Or maybe Batman: Black and Blue?

If you’ve been paying attention, you’ve likely noticed that others have followed suit with this “colorful” way of storytelling. Dynamite will soon be releasing Red Sonja: Black, White, and Red books for instance.

I’m sure there are others, but they haven’t stood out to me like the ones I’ve already mentioned have.

Of course, many comics come out in black-and-white format for several reasons, including cost and matching the mood of the story. Sometimes they work—as The Walking Dead did for years—and sometimes they don’t. I won’t explore that last category because that’s just too easy. What intrigues me most about these comics is that they have proven to be a successful way to go where comics these days have avoided like the plague—telling SHORT stories.

In this era of “extended” storylines, such as the X-Men going on for literally decades telling the same tale, it’s fun for me, as an “experienced” comics reader, to read a shorter story.

For instance, the sixth (and last) issue of the current run of Batman: Black and White had a total of five different adventures in it.

Granted, not every story is a “winner,” but they give the readers a chance to see a hero or a character in tales told by creators we don’t usually see in their ongoing titles. They also give a successful creator the chance to come back and revisit a character they’ve become known for.

In that same issue, Scott Snyder came back to tell a Batman story with John Romita Jr. That was fun to read!

Most of these short stories are indeed “short,” and they often only run maybe 4 to at most 10 pages. Compared to “ongoing” titles, that’s miniscule—or very, very small!

They can also come out irregularly. By that I mean, DC can take its time gathering enough short stories to fill six issues or so. They can release them when the books are all ready to hit the stands instead of having to meet those much-dreaded monthly deadlines. Creators can fit them in their schedules, squeezing them in during those hard-to-achieve “breaks” so they can make a little extra money. And it does give them a chance to strut their stuff in new and interesting ways, so why not?

WHAT ABOUT THE COLORS? Let’s face it—comics readers tend to prefer four-color storytelling. (Of course, the four colors come from the printing presses. Books are printed in combinations of cyan, magenta, yellow, and black—CMYK, in printer’s jargon.) We like seeing all the colors of the rainbow. Many fans simply will NOT buy anything not printed in the four-color format. So, there are some people who will NEVER buy Batman: Black and White.

But there are also a lot of fans who like to see some variety in their reading diet—like me! I don’t mind a change in how the stories are told as long as they are done well.

The one I was worried about the most was Superman: Red and Blue. Yes, those are the main colors in the Man of Steel’s costume, but those two colors can be kind of off-putting without some black in there. Anything that is normally black has to be a very dark blue. And that just doesn’t look right sometimes!

Still, DC has pulled it off successfully, in my opinion. I particularly enjoyed the recent tale of Bruce Wayne and Diana Prince waiting for Clark Kent to join them for lunch. Their discussion about the Man of Steel while he’s out saving the world was a fun read. I didn’t mind that there was no black being printed.

Now, of course, I do worry about Wonder Woman: Black and Gold. The black, I get. The gold? That I have to see!

NO END IN SIGHT We’ve seen several iterations of Batman: Black and White so far. Even the most recent group seemed to sell well, so I don’t think we’ve seen the last of that comic.

Hey, I would even buy a Catwoman: Black and White comic!

In fact, I wouldn’t be surprised to see the House of Ideas move more in that direction. Spider-Man: Red and Blue would work if they wait long enough after the Superman comic concludes.  Thor: Black and Yellow could work, too.

Of course, they could go with Spider-Man: Red and Black instead. Given the current Spidey suit, it could be Spider-Man: Yellow and White. Or maybe Thor: Red and Silver (for his cape and helmet). How about Iron Man: Red and Gold?

As they like to say, the possibilities are endless!

What do you think? Do you buy these “colorful” comics, or do you prefer four-color printing in your comics? Do you enjoy reading short stories or prefer the extended storylines? Or does it matter at all to you how long a tale is as long as it’s a good one? Please be sure to share your thoughts below!