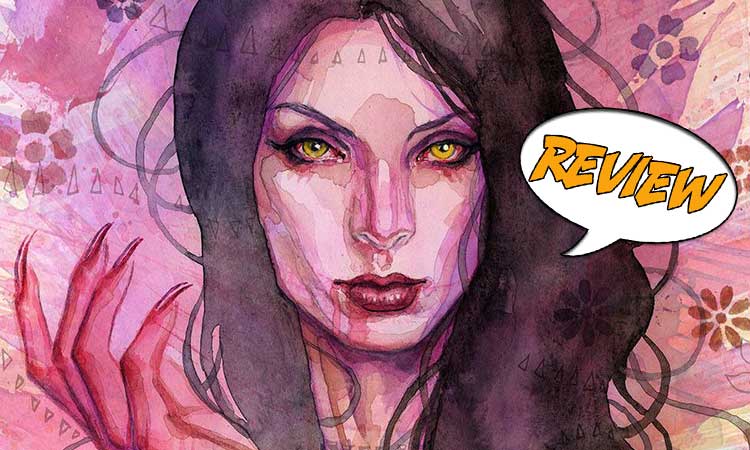 A new arc kicks off in this issue. Not only has John Adams returned, but another vampire takes the stage. Will this mark the end of Abigail’s plans for domination? Find out in Killadelphia #13 from Image Comics!

Previously in Killadelphia: John Adams is in the afterlife where he ponders his life and what went wrong with his plans. Meanwhile, Abigail has put her own plans in motion, destroying swaths of the city. James, Jimmy, and Jose track Jupiter, who has killed a number of vampires as well. Tevin has a plan of his own. He wants to bring Adams back from the dead and to do this, makes a deal with a demonic figure called Corson. Corson sees Tevin as an abomination, but Tevin counters that vampires are already doing work that helps him. As the Sangsters continue to fight vampires, they run into Abigail’s group, and Jimmy is attacked!

A NEW TWIST AND A NEW FOE

I love how Killadelphia #13 uses the framework of history and twists it with the “what if” of vampires so that the events of two hundred plus years ago are as fresh in the minds of some characters as yesterday. It allows us to look at a mirror of our world through the lens of time.

The issue opens in Los Angeles where a priest as decided to leave the priesthood. But before he goes, he has one last confession to hear. A long-haired man in an 18th century coat claims it has been over two hundred years since his last confession. In an odd twist, considering the views on religion he actually held, this is Thomas Jefferson. We saw his death previously, but it certainly was set up that he could become a vampire.

John Adams returns to Abigail and is met with two hundred plus years of female fury. All her life, she has been ruled by men and been in second place at best. She has had her taste of leadership and does not want to lose it. She throws him through the window.

Jefferson continues his story. For a while he subsists on the blood of his slaves but feels trapped. He frees them and leaves Monticello. He seeks out Sally Hemings but finds her reveling in her immortality. He admits to his belief that America would never consider Black people to be equal.

Jimmy Sangster has been bitten and is starting to turn. James sticks with him to try to help him. Jose drives them away from the fight and back home where Tevin meets them. He is going to need blood soon, and the more blood he drinks, the more vampire he becomes. As Jose readies some glasses, there is a knock at the door. It is John Adams.

Jefferson is not finished with his confession. Being a vampire lost its luster as he found eternal life to be hollow. He studied the book of magic. He thought about his life and about the family he had lost and the happiness he lost when they died. And he dabbled with magic.

THE DARK SIDE OF LIFE

Killadelphia #13 has such striking art. The play of light and shadow is dramatic and the framing of characters within it is sublime. In addition to that, the color red, plainly associated with blood in a vampire story, is used judiciously. Certainly, it is there to show us death and injury. But beyond that, it shows up in other places. James Sangster cries tears of blood over his son’s turning. There are red accents throughout the conversations between John and Abigail Adams. And there’s a striking panel when Tevin talks with Abigail’s vampires where the background is black and they are silhouetted in red.

When it comes to the vampires in the story, they do a lot of thinking. Jefferson and Adams have different colors to their text boxes. Introducing another major character at this point has to cover a lot of background since so much time has passed. This is handled in montages that connect Jefferson and his thoughts to this country at specific moments in time. Our familiarity with the history helps fill in some of the blanks.

BOTTOM LINE: A NAIL-BITER TO THE END

Killadelphia #13 is a tour de force in storytelling. The new arc opens with a huge twist, and in short order we see that this is going to be big. Abigail’s plans may be on the brink of being thwarted – but what new threat is going to step in?

John Adams’s unlikely return enrages Abigail, but neither of them realize what is on the horizon.