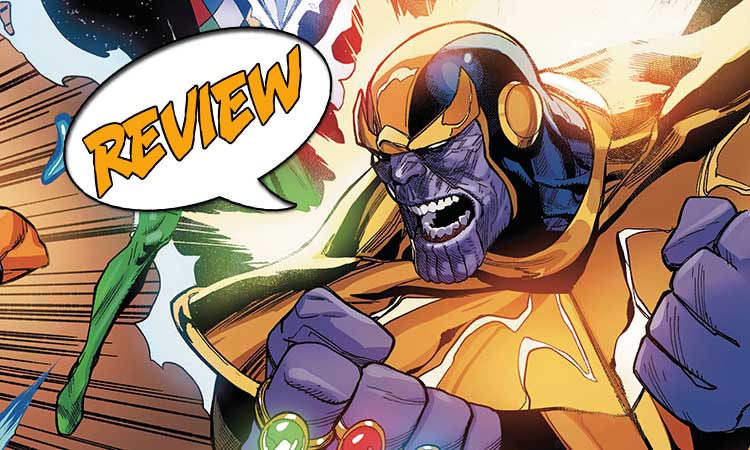 Doctor Spectrum acts as a space police for the American People! But his aggressive methods have made him many enemies in the universe. Find out more in Heroes Reborn #4 by Marvel Comic!

Previously in Heroes Reborn: Blade woke up to realize the Avengers never formed. Everything is out of balance and Earth’s Mightiest Heroes is now the Squadron Supreme of America. One such member is Air Force Colonel Joseph Ledger who found the Power Prison and became Doctor Spectrum! A person who must tame the rest of space in the American way!

The blinded Watchers see the powerful being known as Doctor Spectrum and send a bounty hunter after him, the great Rocket Raccoon! As Doctor Spectrum flies through space to defeat Thanos, he runs into Rocket and his Groot gun. When he shoots his Groot gun, smaller Groot saplings appear. While Doctor Spectrum is momentarily caught off guard, he is able to destroy the gun. Rocket Raccoon sends a message to his ship to get out of here but instead he receives the Star Brand giving him extraordinary abilities. However, this is still not enough to beat Doctor Spectrum and Rocket is defeated. Doctor Spectrum tortures him to death but is unable to get any information on Rocket’s employer. On Rocket ship, we learn his secret. He was taking care of a child who also had the Star Brand.

This version of Rocket looked grittier and more mangled than his normal counterpart. I mean… he turned part of his best friend into a living weapon. Yet he still proves to have a heart of gold when it came to this child with the Star Brand. And this child cared enough about Rocket to give him the Star Brand to try and save himself. This is contrasted by Doctor Spectrum who is violent and aggressive. He used torture on Rocket to try and figure out who hired him and claimed it was the American way. What a brutal way to die. I hated the character. I hate most of the Supreme Squadron of America and I applaud the creative team for getting such a negative reaction out of me. It is hard to see character to love suddenly get destroyed by these… strangers.

It has been a while since a Marvel Comic has gotten such an emotional response out of me. While I don’t try to be a hateful person, I have frustration about the Squadron Supreme. Great art and great writing. I’ll give this one a 4.5 out of 5.

Conceptually, this story does a lot of things correct. Enough things to get an emotional reaction out of me about Doctor Spectrum and Rocket.