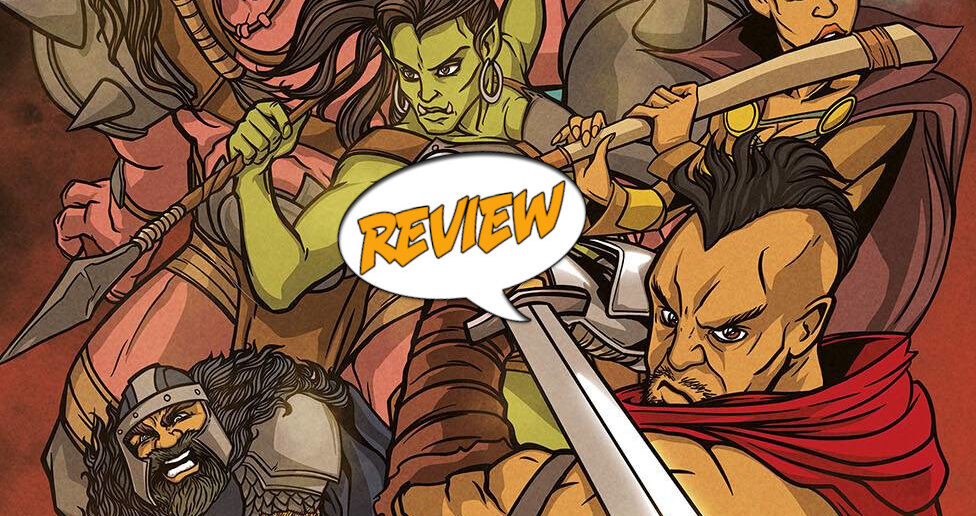 Helm and his crew are trying to get the Dragon Prince Uadjit back from Montezuma, but their enemies are numerous. Find out if they can get some more allies in Helm Greycastle #2 by Image Comics! Previously in Helm Greycastle: Helm Greycastle places us in a Mexica/Aztec Fantasy world featuring a different mythos and tropes then your traditional fantasy! Helm and his team are risking their lives to save Uadjit. He meets with several people in New Tenochtitlan who want to help them before Montezuma becomes more powerful.

Helm follows Tlatoani, the God of Fire, to a small village where they eat and dance. The goal is to show Helm the people that they inevitably will be fighting for. After a dance and a meal, the group talks about the next steps. They talk about how they were invaded by people and that Montezuma and Camazotz fought back against them. During their conversation, a bird came and showed the group a vision of Camazotz in chains and they must rescue Camazotz. Helm and his wife, Vola, then travel to a desecrated place to die. Upon death, they wake up in the underworld.

Meanwhile, Uadjit is sent to prison and meets other prisoners. He is then paraded around for his ability to breathe fire and seems to cause discord between Montezuma and his advisors.

I admit that there is a lot going on in this comic. It jumps from present day to flashbacks, to vision and different perspectives. The flow from one scene to the next wasn’t seamless and I was caught off guard trying to piece what is going on. There are a ton of names that I admit I couldn’t remember from the first issue and there is a lot of talking. This felt like an effort to read and understand. While I don’t mind difficult or wordy comic books, this was a lot of work for little gain. I probably expect that this works better in a trade paperback. When that initial sequence is still fresh, and you don’t need reminders.

I think I lost the theme of “the future” in this issue. I thought the first comic was about setting up the world for children, but I didn’t get that theme here. Perhaps I misinterpreted the initial comic but I can’t find a definitive new theme. Which is a little unfortunate.

BOTTOM LINE: A BIT OF A LET DOWN

I really liked the first issue. It presented a lot of good ideas and excellent artwork. Helm Greycastle #2 felt like a middle issue that had me asking more questions than the book answered. I think this series is still worthwhile and I hope the action will pick up next comic. I really respect what the creative team is trying to do here and I’m optimistic for Helm Greycastle. 3.0 out of 5 from me.

The story wasn't seamless to me. I found myself confused from page to page trying to keep track what was going on.