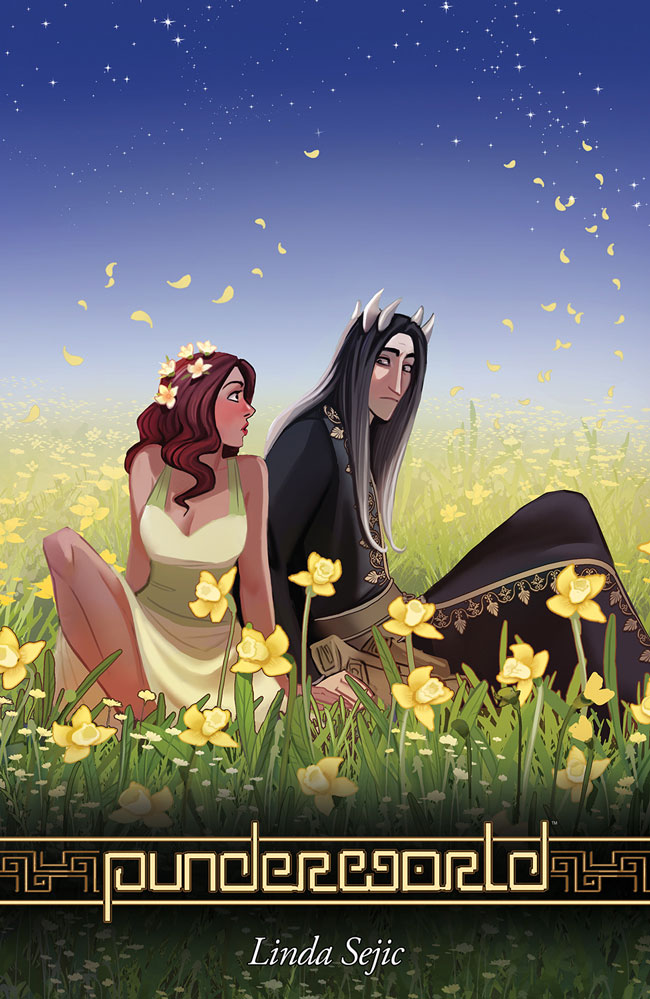 Fan-favorite creator Linda Šejić will offer readers a romantic retelling of the Hades and Persephone myth in the forthcoming original graphic novel, Punderworld. This fresh take on the Greek tale will follow the couple’s love-struck misadventures with contemporary sensibilities this August from Image/Top Cow. Originally published on Webtoons, the webcomic of Punderworld has a devoted following with 348.2K subscribers and 13.5M hits.

Punderworld is the classic tale of Greek myth—but 100 percent more awkwardly relatable. Hades is the officious, antisocial ruler of the Underworld. Persephone, daughter of Demeter, is an earth goddess of growth and renewal—they’ve been crushing on each other for the past two centuries. But when a festival (and a little liquid courage) present an opportunity to put an end to their olympian will-they-won’t-they, a meddlesome pantheon and several titanic misassumptions threaten to give every god in the sky the wrong impression… and leave their romance dead before it can bloom.

“Punderworld allowed me to incorporate all the things I loved the most since I was in high school: Mythological beings in their unlimited creativity, which always tickled my imagination set in a fantasy setting with lots of nature morphed into an awkward comedic romance,” said Šejić in an exclusive scoop on the announcement at Bleeding Cool. “I am beyond excited about getting it printed, and I can’t wait to hold it in my hands.”

Punderworld will also be available for purchase across many digital platforms, including Amazon Kindle, Apple Books, comiXology, and Google Play.