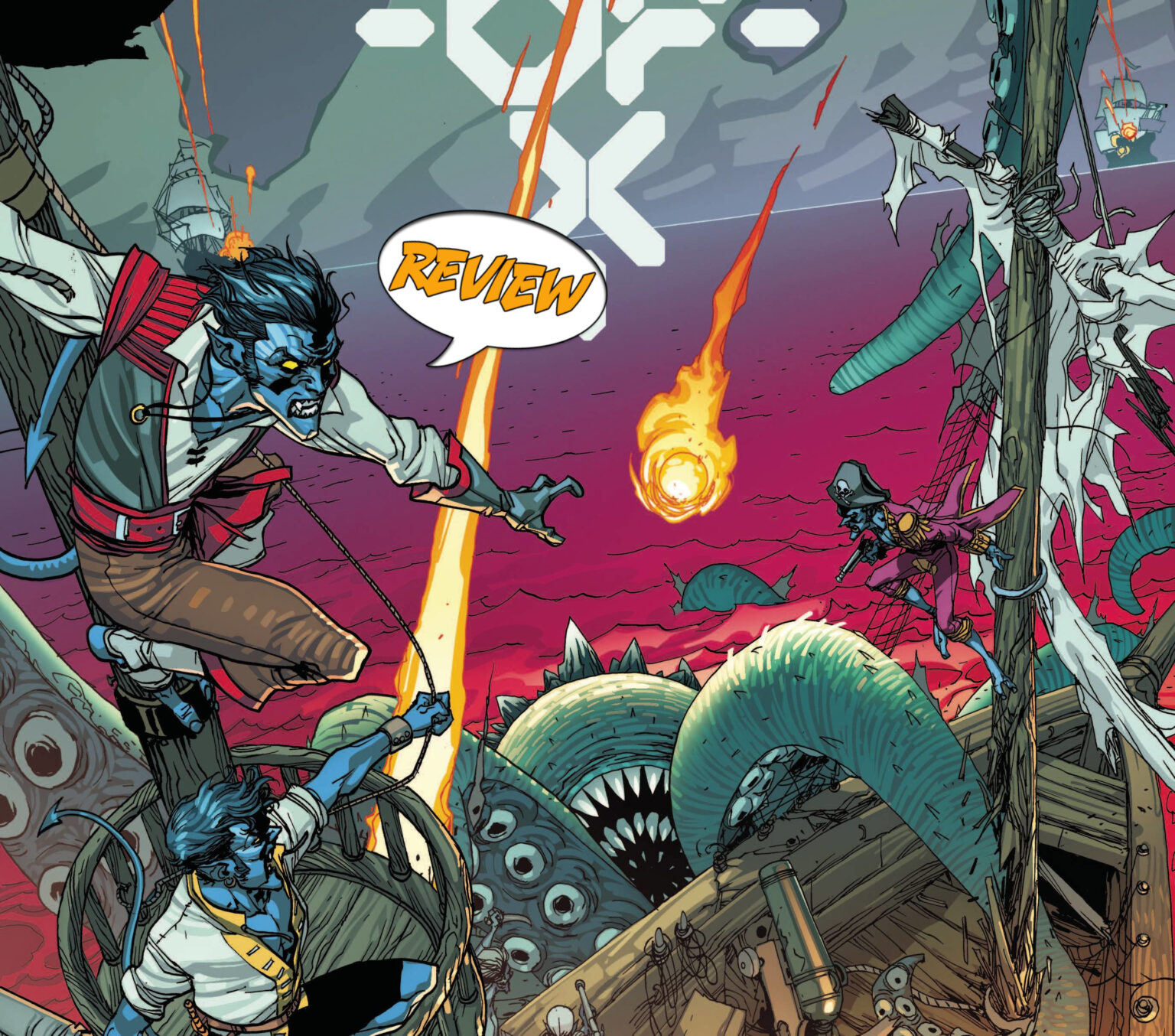 Something is affecting the mutant nation of Krakoa and Professor X thinks he knows the culprit. He sends Nightcrawler after his son, Legion. Find out what happens next in Way of X #2 by Marvel Comics!

Previously in Way of X: Nightcrawler is trying to create a new religion for Krakoa while also dealing with a crisis of faith of his own. As a devout Catholic, the process of resurrection makes him question what is possible and what is real. On top of that, there is a murmur of a Patchwork Man that has invaded people’s nightmares. Charles Xavier sends Nightcrawler to look for Legion, whom he suspects is behind the mental attack.

Nightcrawler finds an astral projection of Legion who immediately enters Nightcrawler’s mind. Nightcrawler’s mind is in turmoil and is reflected with several versions of Nightcrawler fighting a sea monster. Legion plants coordinate into Nightcrawler’s mind and asks for a “favor for a favor”. Nightcrawler runs back to Krakoa and collects Pixie and Doctor Nemesis and goes to the coordinates he was given. He finds himself in Saudi Arabia in a wreckage of an Orchis facility where Legion is just a brain in a machine. Orchis was trying to replicate Krakoa with Legion’s brain and figure out how to destroy it. Dr. Nemesis figures that the best way to save Legion before he destroys reality is to shoot him. Which Nightcrawler commits the murderous act.

Professor X, Magento, Nightcrawler, and a few others attend Legion’s resurrection but Professor X can’t bring himself to restore Legion’s mind. Luckily, Legion has the power to do that himself. Now in a body, Legion and Nightcrawler walk out where Legion reveals the true identity of the Patchwork Man. Onslaught.

When I read the first issue, I thought the Patchwork man was going to be an allegory for Lucifer. There is a huge theme of religion and Krakoa societal commentary where mutantkind was heading towards hedonistic tendencies and “sin”. With the reveal of Onslaught, I was taken off guard. Does Onslaught work as an allegory for sin or was I totally off-basis with my interpretation. I can’t really say quite yet.

Inserted in the book is a written paragraph about Nightcrawler’s meeting with Legion. It is implied that this passage would be in the new religious text that he is writing for Krakoa. This added another layer of complexity to this story because we get Nightcrawler’s reflections in addition to the action on the page and his internal monologue. There is so much skill and technique being applied to the story that it becomes easy to overthink that. And to be honest, I like my books with this level of complexity. I want to be able to ponder what everything means and get multiple insightful reads of a comic. Lots of great things here.

I think this is my favorite title that has come out of the Krakoa nation storyline. The themes are quite complex and it shines a light on the societal developments of Krakoa rather than just characters. The writing is amazing and the art is solid. 4.5 out of 5 from me. Great stuff here!

Way of X continues to explore the societal development of Krakoa in an engaging and complex way.