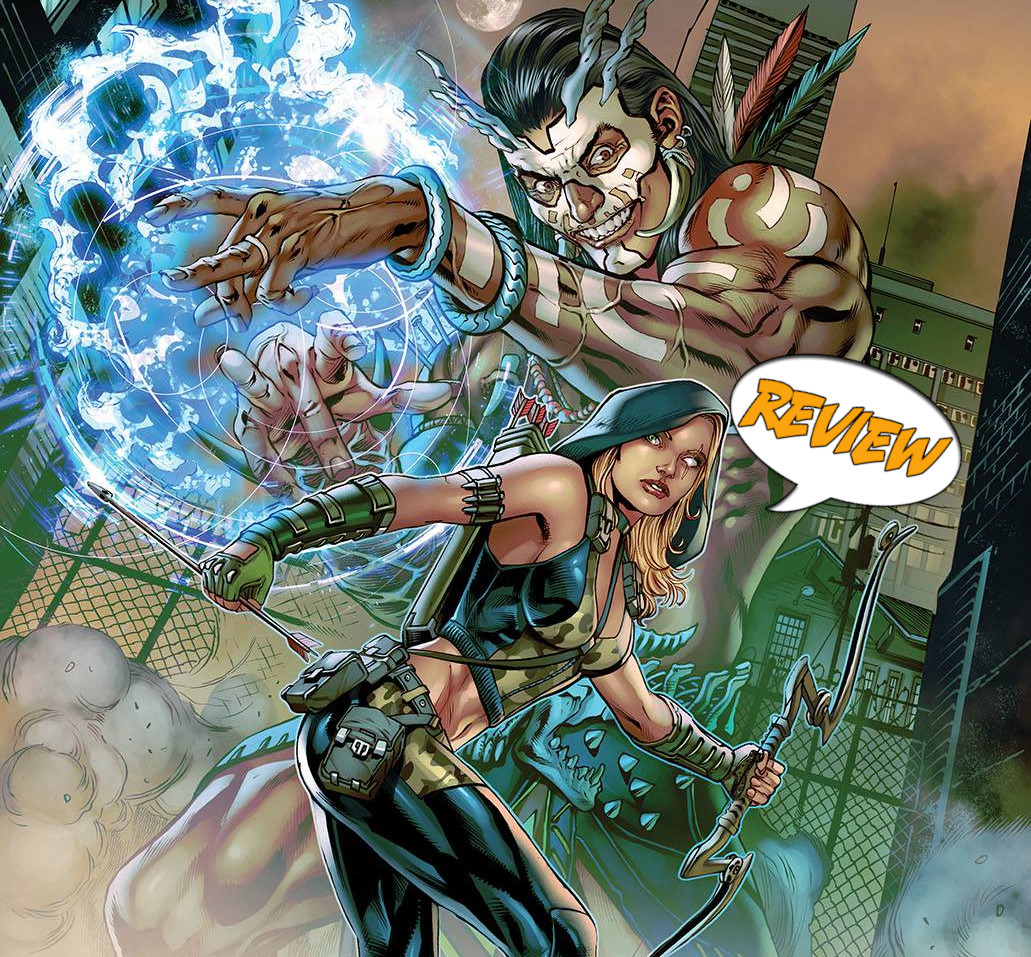 A voodoo priest is in New York and Robyn is there to meet the threat. However, this is not of swords but a battle for her soul! Find out more in Robyn Hood: Voodoo Dawn by Zenescope Entertainment!

Previously in Robyn Hood: Robyn Hood is an archer-vigilante that protects New York from the terrors of the Grimm Universe. Mystere uncovered a group of voodoo priests and trapped them in limbo, however one, Zaka, is still at large!

OUT OF YOUR ELEMENT

Robyn Hood is helping Tamara, who believes her brother has become a zombie! After some investigating, Robyn tracks a group of zombies to a hospital morgue and stops them from stealing a body. However, she is poisoned by a voodoo priest and is quickly overwhelmed. Luckily, Robyn is saved my Mystere who summons a spirit to fight off the undead. As they recover, the priest was able to get what he was looking for from the morgue, the Hand of Glory.

Mystere reveals that this priest, named Zaka, is trying to bring back the other voodoo lords. As Robyn Hood and Mystere prepares to look for Zaka, Zaka attacks! This time, he has summoned a monster and created a voodoo doll of Robyn to control her. Mystere is able to defeat the monster and free Robyn from Zaka’s control. The duo then heads to an abandoned church to stop Zaka from completing his ritual! With both heroes working in tandem, they defeat Zaka and set the church on fire. However, long after the fire subsides someone goes through the wreckage and recovers the Hand of Glory.

I enjoy the creative ideas of this mythology and Mystere feels right in place. In fact, it almost felt like this should have been a Mystere title. Even though we take the point of view of Robyn, she feels like a bystander looking into a conflict. Which isn’t a bad premise, but Robyn would have to take a more proactive role to feel like the main character of her own title. I like the Mystere and Robyn Hood comics, but I think they go together like water and oil. Which means the creative team needs to work a little harder to make the story works. But with only 30 pages of comic, it didn’t quite happen.

I was also disappointed in Tamara who gave Robyn Hood this plot line. She only served to introduce Robyn to the plot and we never felt the emotional trauma of her brother becoming a zombie. So why have the scene at all? I wonder if she is a character introduced in an earlier arc that I may have missed because I don’t see a reason why she is there. Space is limited in a comic, and I would have rather seen that page go to making Robyn Hood more heroic in this mission.

This has solid ideas here, but I think we dropped the ball on execution. Robyn Hood has solid art and is a solid protagonist, but she didn’t get a chance to shine in this one-shot. Hopefully we are seeing an introduction to the next story for Robyn Hood. This works better as exposition then as a standalone story. 3.5 out of 5 stars for this one from me.

Robyn Hood failed to become a hero in this story which made the comic feel underwhelming.